Has anybody thought about building a “Multiroom Audio Binding”, where you can connect e.g:

AirAudio - stream all audio to everywhere 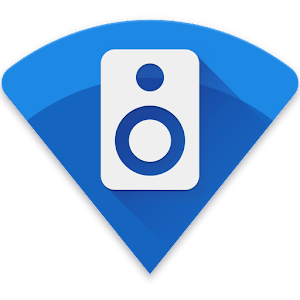 Would be great, if I e.g. could connect my “Chromecast” and “Allplay” to a “Multiroom Group”!

What do you think about this?

Thanks for your reply. I more thought about connecting the existing bindings like allplay, chromecast, bosesoundtouch, denon Heos, sonos, pioneeravr, onkyo, yamaha, sony, DLNA/upnp and so on… and putting together the “playURI” channel for playing simultaneously and synchronized on multiple devices. Called ‘Partymode’.

Has anybody thought about building a “Multiroom Audio Binding”

This is what I suggested here, but as you can see from the latest comments, there is nobody working on that.

how do we make openhab a money earning platform.

We don’t. It is an open source project and we do not sell it to users. Anyone is free to develop closed source add-ons and market them on his own. Alternatively you can try to get your development work funded (while the outcome must be open source).

DLNA support was on the way. But I don’t know, if it will be finished some day… 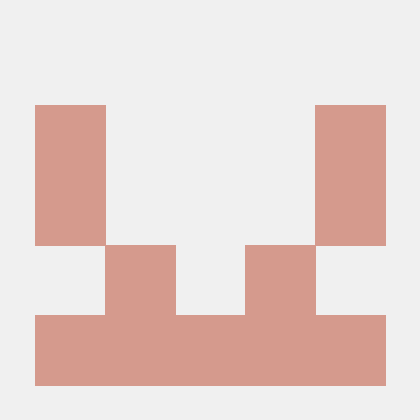 I don’t know much about the other mentioned bindings, but they (IMO) should have…

IMHO you can check Logitech Media Server. I’m using it to play music from Spotty plugin (Spotify unofficial addon to LMS) on my SqueezeBox emulators runned on respberry, one chromecast and one airplay device. LMS allows to sync music between those playes which IMHO would be difficult to have on separate OpenHAB plugin. LMS has also DLNA plugin and there is already a plugin for it:

new devices added to LMS are being showed in openhab as a new squeezebox devices.

The issue moved to:

Issue: Extend the AudioSink infrastructure to enable groups of sinks 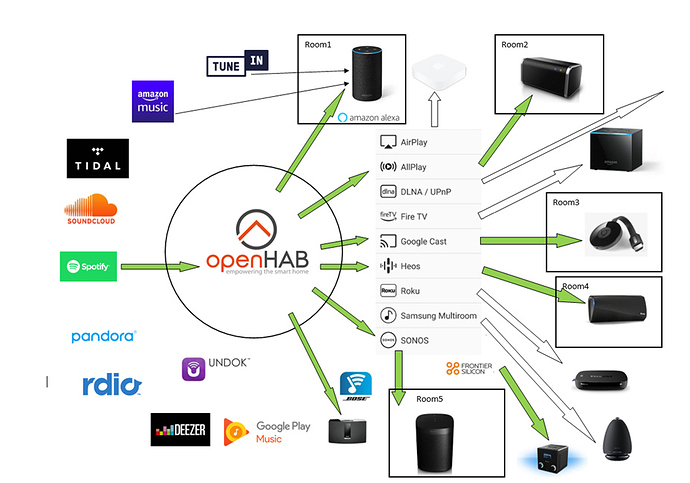 green = already implemented to OH2. (Not my configuration, but just as possible!)

did someone still build such a multiroom within OpenHAB? I do have sonons, reufel and appleTV which I would access in the same time by spotify.

If someone did that it would be great to share