Blockly: decreasing a 'get state of item'-value 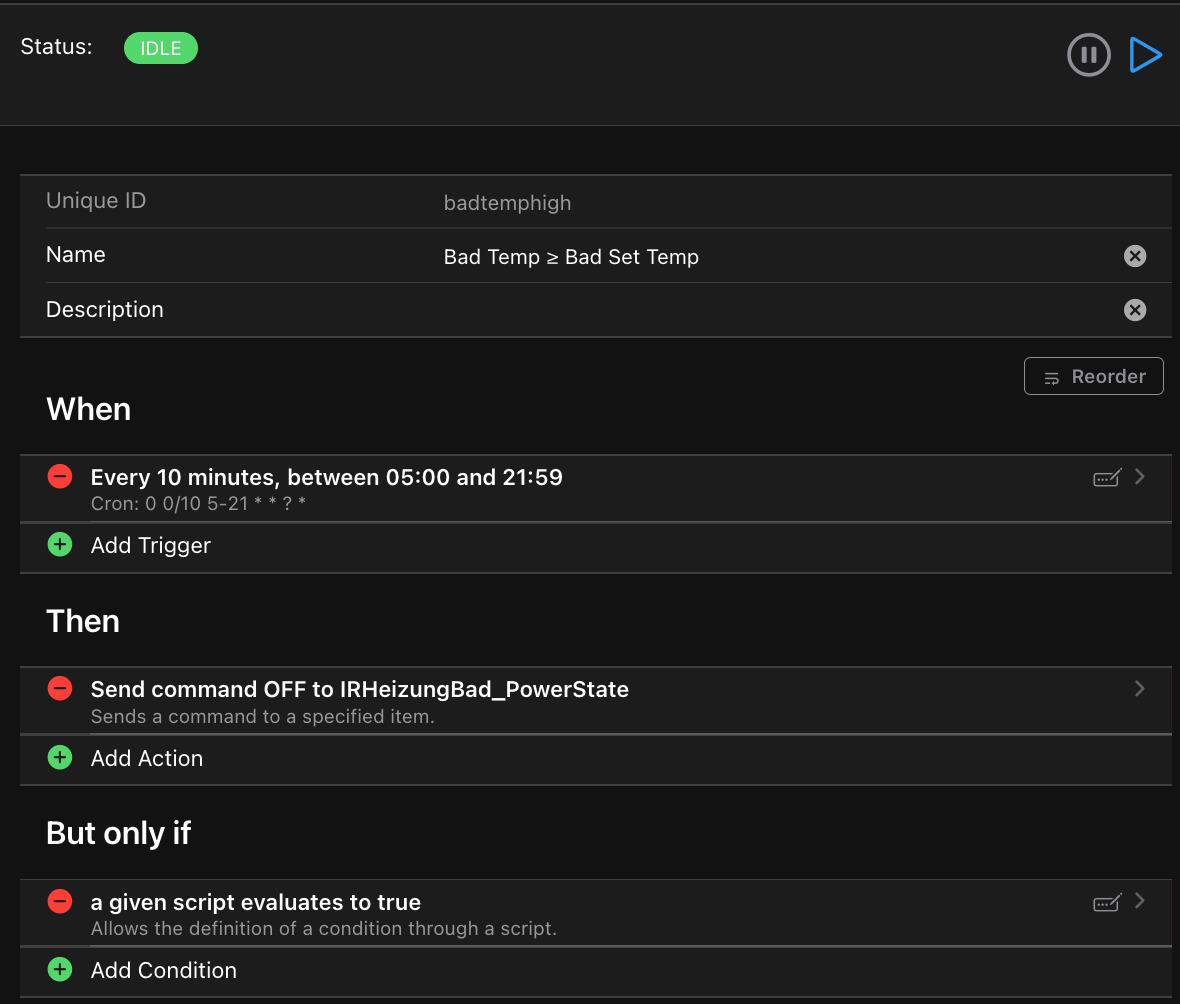 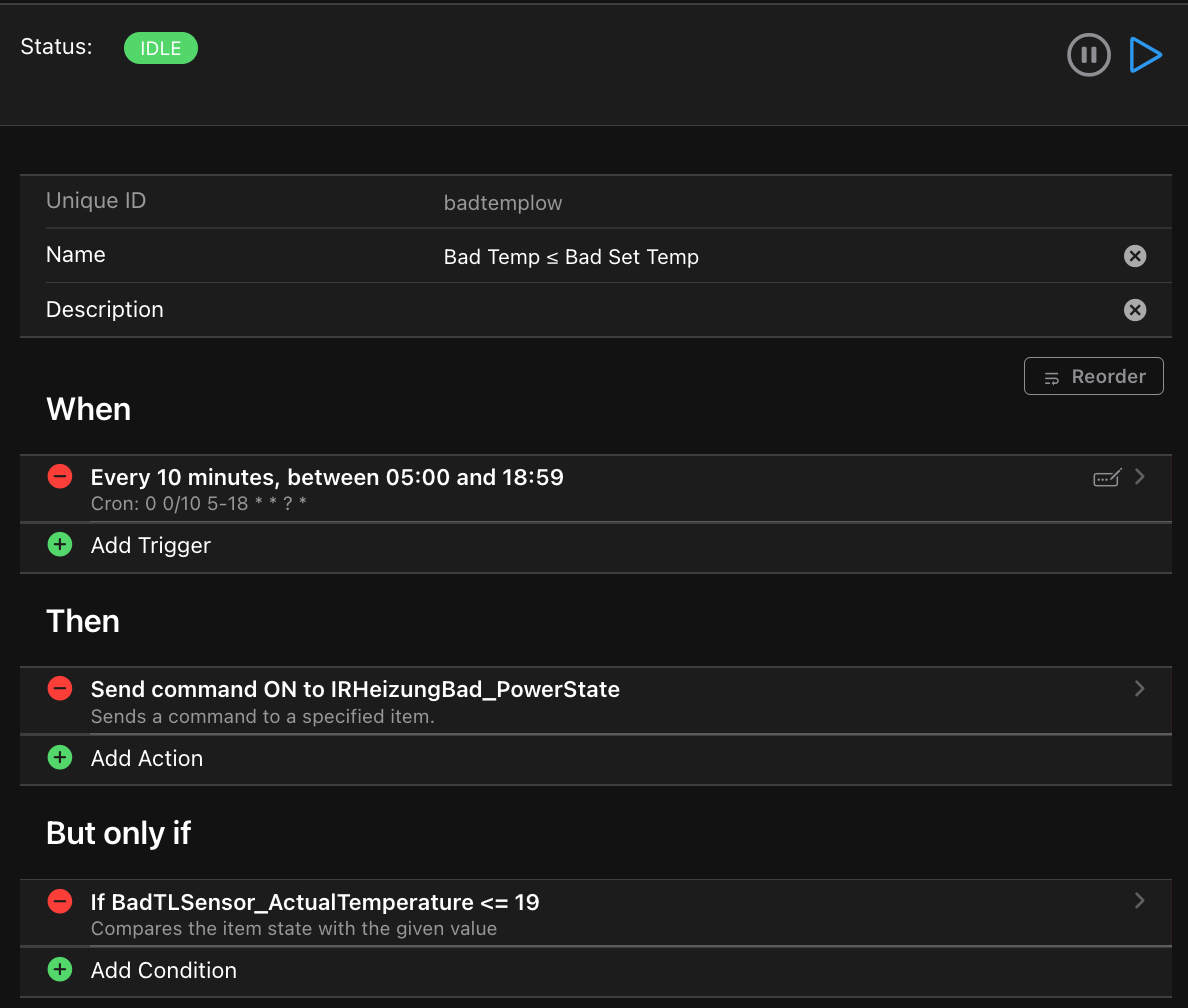 Unfortunately I’m not able to create a condition (blockly script) to do it with a value based on the ‘selected bathroom temp’. This is how I would do it (but obviously it doesn’t work like that

Can you please enlighten me?

In short, it’ll all be one long line.

The item state is a string but math functions requires a number, therefore type conversion is not always working ootb and throw you cannot combine all blocks

Looks like I’m way to stupid to solve this problem. 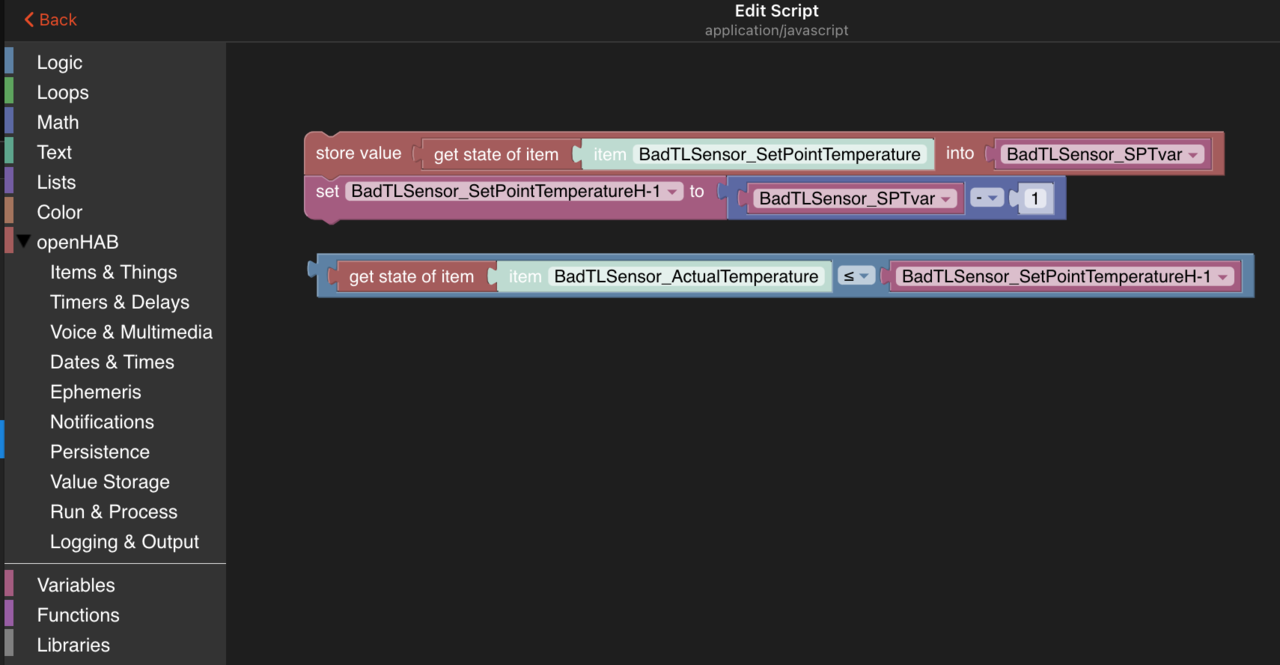 This solution doesn’t work as well. What am I doing wrong?

Store both item values into a variable and not only one. 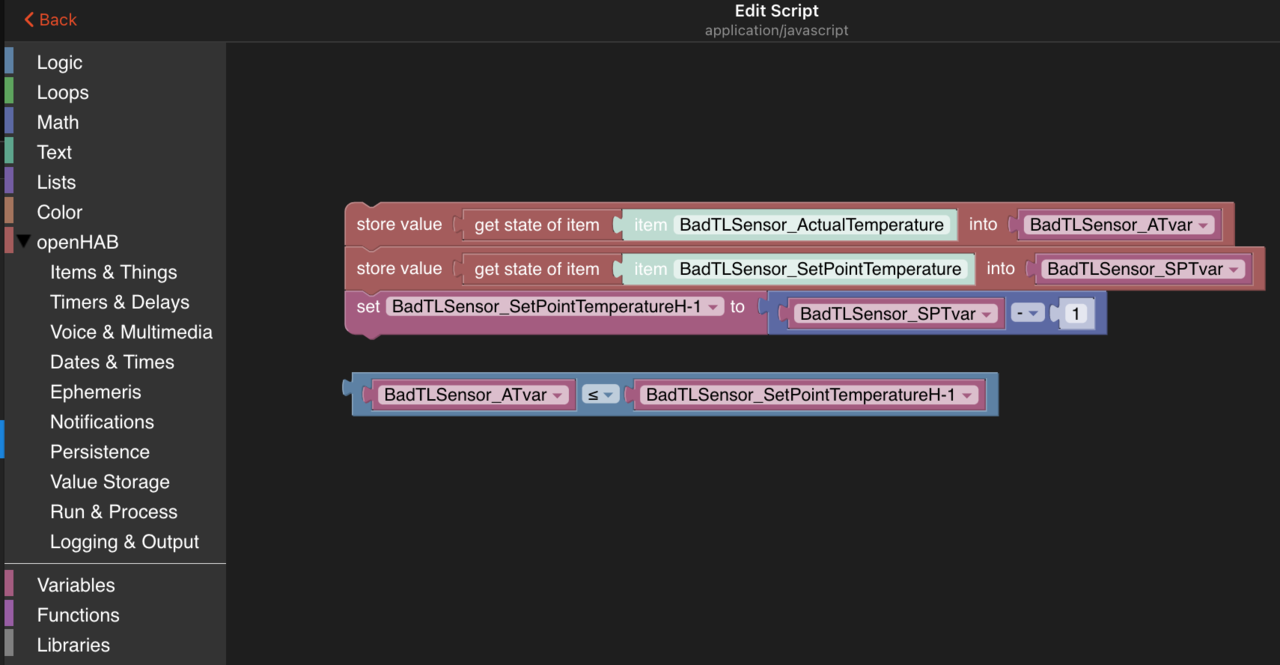 Ah, I have missed in the first screenshot that you are using the wrong blocks.

Do not mix up “variables” (block: set … to …) and the “value storage” blocks (block: store value … into …).
The value storage is to store information across multiple runs of the same script, while the variable blocks defining a simple variable for one script execution only.

Again, please rebuild this as a script and add logging if changing the store value blocks to variable blocks will not solve your issue 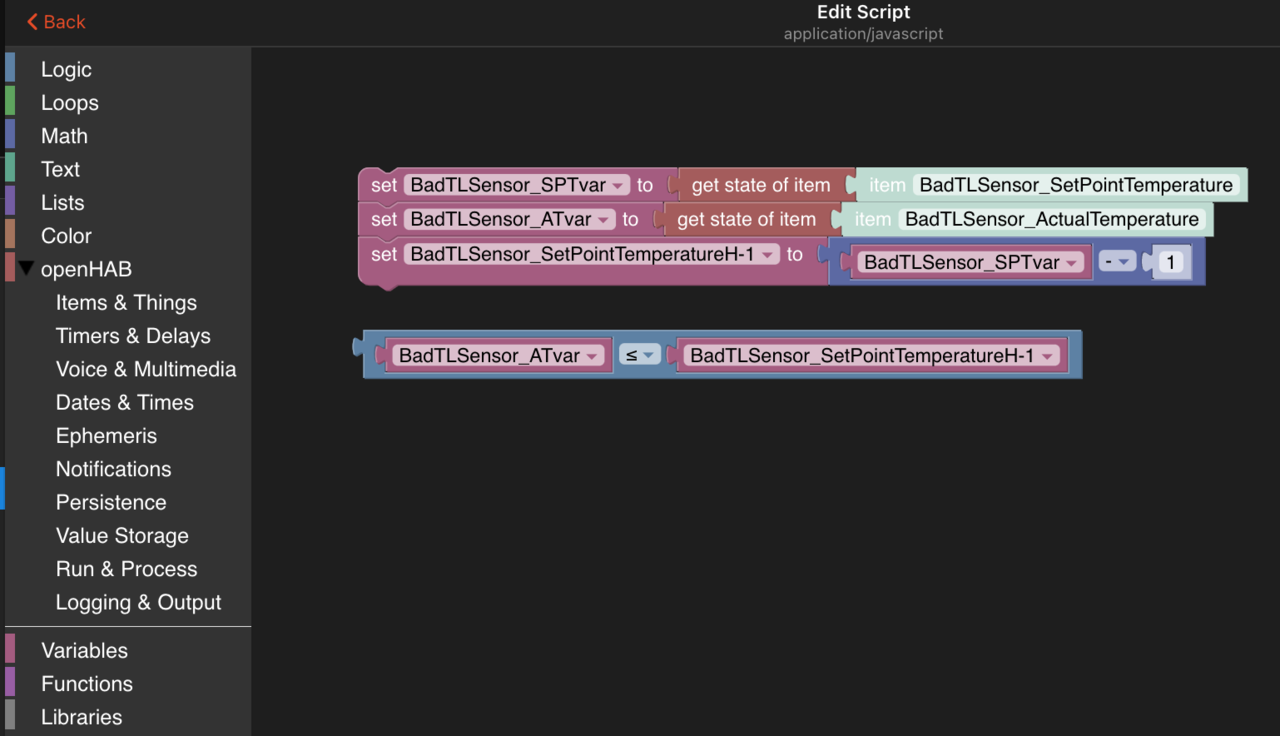 This one actually works. What is the advantage of using a separate script iso using the integrated script within the rule?
Thanks again!

What is the advantage of using a separate script iso using the integrated script within the rule?

If you have the script as condition, you always need true/false output.
If you put the logic into a separate script, you can run it standalone for testing / debugging purpose.

Also if you want to reuse your work, you can call a script from multiple other rules and pass some parameters to the script

Also if you want to reuse your work, you can call a script from multiple other rules and pass some parameters to the script

You can do that with regular rules too. In fact, a Script is a regular rule, it just has a special UI to create a rule with just one script action and adds the “Script” tag.

You can do that with regular rules too

Yes, but in the original post the script was not part of a rule action, but only part of a rule condition. Therefore I recommended for testing & debugging to run the code standalone as script.