Hate to be pest but I noticed the

also has the controller permanently in group 2. Could you see if that is also a DB issue?

Not sure what happened. I know there war a recent database restore but that should not have done this.

Not sure what happened.

I overlooked this during first approval in 2018 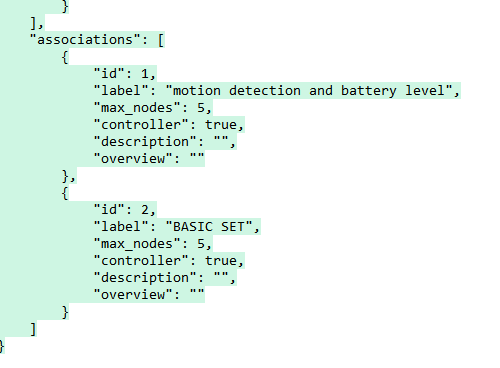 When will the these fixes be available. And how do I update them? I tried searching, but I seemed to find different answers and dead links?

A number of people have run into trouble performing manual installs of the Zigbee and Z-Wave bindings. A manual install (dropping the jar into addons) is rarely needed, but some people prefer a manual install over apt-get, or want to use a stable OH release with a recent Zigbee or Z-Wave binding. Here is a script that will hopefully make it easier to install, upgrade, and uninstall these bindings, and prevent some of the common issues. Who would benefit from this script: Anyone wanting to tes…

When will the these fixes be available.

That depends on when busy @chris exports the database so the new snapshot bindings get the changes. It appears my last changes were after his last export.

@sihui
I would love to mark the thread as SOLVED, While i’m waiting on the latest snapshot with the changes on
Namron, I included three new Namron Dimmers, but this time I even got the wrong binding. 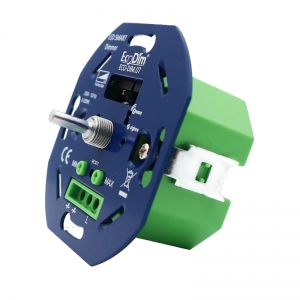 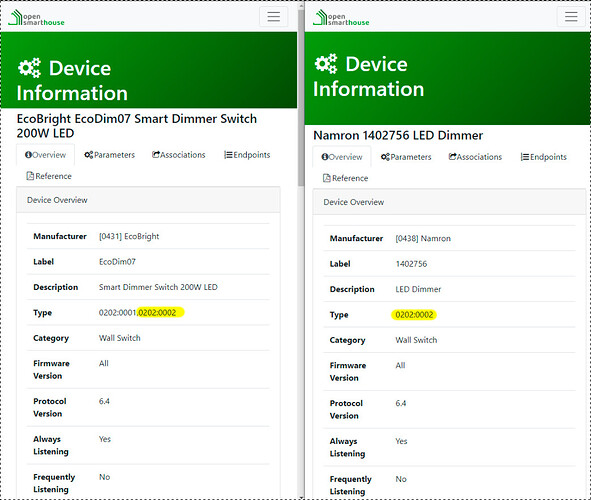 While i’m waiting on the latest snapshot with the changes

That entry has not changed since openHAB 2.5.3.

but this time I even got the wrong binding.

This is not a database problem as the manufacturer id is different.

This is not a database problem as the manufacturer id is different.

Could two database entry have the same Type:ID?

Devices are differentiated via manufacturer id AND (logical AND) device type AND device id.

Could two database entry have the same Type:ID?

Yes, as long as the manufacturer id is different.

Thanks.
I’m contacting the manufacture, and ask whats changed. The products are identical, but somehow they must have change the hardware.

I don’t think this can be solved by the manufacturer. There seems to be something wrong with your openHAB installation.
First thing to do is: remove the Thing and readd it. I doubt this will help, though.
Next thing to do: exclude the device, factory reset and reinclude.

Also check your firmware version (application version in your xml file) and try to find out if your device has a newer firmware than devices before. But: this should also not show the problem your are seeing …

The reason I wanted to contact the manufacture is that EcoDim, is suspiciously identical to the Namron, and my first thought was some kind of rebranding…

Again, thanks @sihui. sorry for beeing a complete noob

I don’t think this can be solved by the manufacturer.

update:
Actually, the manufacturer did make a mistake and somehow manage to print the wrong Man ID on the devices. A batch of these devices are being recalled

Again, thanks @sihui for pointing out the man id

Because group 2 and 3 are dedicated to the controller in the database. This is wrong. I will fix this and after a couple of days you need to upgrade to the latest zwave snapshot binding.

Finally got the binding, and readded the devices. Now the Associations are gone from group 2 and 3. Thanks @sihui

I was hoping this would sort out my issue with the dimmers “changing” status back, every time I’m changing it remotely. 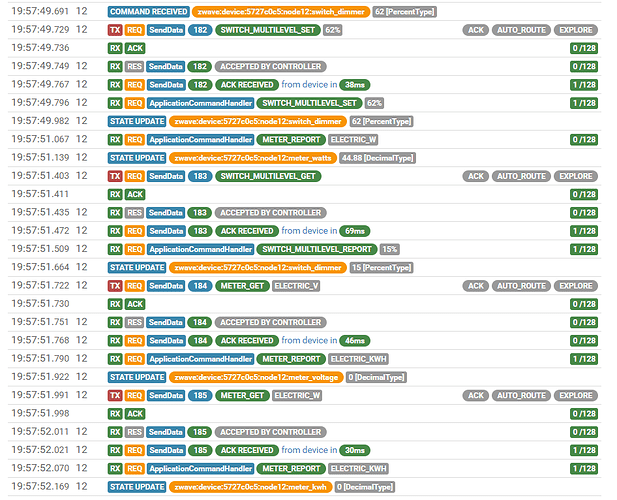 Anything obvious I should be looking in to? Or could it be more issues with the entry? 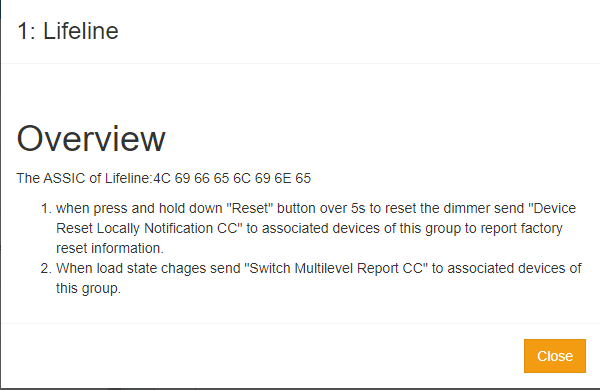 Try setting the “invert percent” value in you channel config.

From the log, it looks like the controller sends a SWITCH_MULTILEVEL_SET command with 62%. This is received by the device, which proceeds to set the dimmer value correctly (the lights actually do change to 62% brightness), and then it ACKs the command. The binding proceeds to set the value of the channel, and the associated item, to 62%. About 1.5 seconds later the controller sends a SWITCH_MULTILEVEL_GET command to the device, and the device ACKs the command and reports a value of 15%. This value is wrong.

So this looks to me like a hardware bug in the device. A potential workaround that I’m not sure is possible is if OH did not send a SWITCH_MULTILEVEL_GET command after it has sent a SWITCH_MULTILEVEL_SET command. Is this something that is configurable in the zwave binding on a per-device basis?

Out of curiosity, why do you suspect “invert percent” could help?

Either it is this or the “Command Poll Period”. Why not just trying and report if it helps or not?