Command executed via executeCommandLine not working, but I can ssh it

I am trying good 6 hours get speedtest running.

I can execute command speedtest and /usr/bin/speedtest via ssh:

Same command seems not to work inside rules:

I am able to run the command on behalf of openhab user:

I was reading so many topic on the forum, but haven’t find the answer.

Any ideas? Maybe the problem is that openhab is located inside docker container?

executeCommandLine has no shell environment. Sometimes people put commands into shell scripts and execute the scripts.

I don’t know if you are aware of this feature. But if you use the network binding, you can use a already existing feature “speed Test” as an own thing. So no need to write a script for this 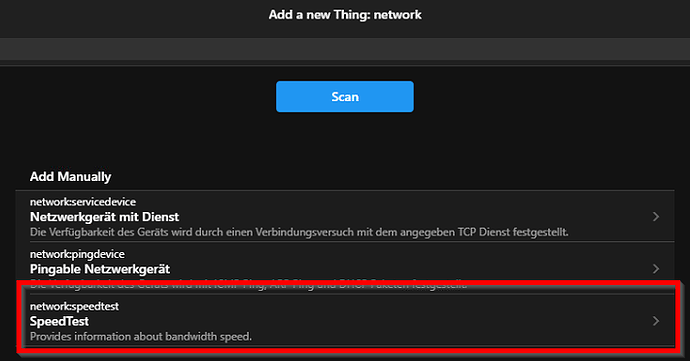 I tried to run it within scripts/demo.sh without much success. I saw different tutorials for Speedtest i to openhab and it was working for other people, but maybe because I use docker and other people dont?

However thanks for answer. I will look into that topic.

Oh I wasnt aware of that. Definitely I will check this out. However it would be great to know what is the issue.

I tried to run it within scripts/demo.sh without much success.

I am able to run the command on behalf of openhab user:

If those are the output of running the command as user openhab it didn’t work. There are “permission denied” errors on /home/openhab/.config (wonder why it’s writing there, openHAB’s home directory should be /var/lib/openhab2).

I suspect the two errors are related.

Permission denied comes from I believe the fact that the home directory doesn’t even exist for openhab user. As Docker openhab’s documentation says: "

I believe that: user’s home directory by default should be /home/openhab so that’s probably why it tries to save that there. but directory for my openhab platform is /opt/openhab since I am using docker (at least config files are there). I don’t have such directory like /var/lib/openhab2.

That is why it is better to say userdata. Your equivalent is likely /opt/openhab/userdata

Actually, it needs to be the path inside the container which would be /openhab/userdata I think.

On the host it very well may be /opt/openhab/userdata but openHAB inside the container wouldn’t see that path.

@Bartlomiej_Marek, I totally missed the fact that you are running in Docker. Have you created a custom Image that includes speedtest-cli? The whole point of containers is that they cannot see anything that is on the host unless you explicitly give it permission. That totally explains the error now. speedtest-cli doesn’t exist inside the container.

You have to do one of the following:

You should think about this approach because you will need some technical knowhow to get this working. The difficult here is to allow the communication of both docker containers wich can be difficult if the openhab container runs on the host network and not inside the docker network. (I assume you choosed this because this is the easiest setup)

You totally nailed it.

I will try first option first if that won’t work I will for sure try installing openHAB on the host instead running it inside container.

But from my understanding openhab is not running as the root user inside the docker container so maybe to run as the openhab user you will need to ad sudo again.

Actually su would work but it’s hard to do one liners with su. The entryPoint script that starts up openHAB inside the container su’s to the passed in UID in the environment variables before starting OH.

Today I migrated dockerized version to the one hosted on linux.

I was able to:

I spent maybe like 15mins to get speedtest running. Here is output from that:

@rlkoshak Everything was so easy, but I was expecting that I would have to copy: habpanel.config to my new userdata. I haven’t done that and my UI is working. I have no idea how it was migrated, but habpanel is working flawlessly.

Thanks one more time

I haven’t done that and my UI is working. I have no idea how it was migrated

You probably saved it locally instead of on the server. Look in the HABPanel settings and you will see that you can set where the config is saved. This lets you have a different panel config for each of your devices.

When saved on the server, the config is saved to /var/lib/openhab2/config.