I am going to buy an Android smartwatch. I am wondering what is the best way to control openHAB via smartwatch?

I already read some posts regarding the usage of tasker, however, most of these post are already somewhat old. Is that still the way to go?

This is for voice control. With Autowear you can also create custom floating icons and even your own watchface if desired with links to Tasker tasks.

I’m about to do this, can you give a brief writeup of how you tied the different apps together/what settings you used/lessons learned/etc?

EDIT: I should caveat that I have a somewhat different intention than most here. I already have the VoiceCommand parts of the OH android app setup. What I really want to do is simply pass the speech-to-text I say to the watch to the VoiceCommand item on the OH2 server and let it process the command with the same rules I have now so that I’m not maintaining rules in two places. For example, if I say “turn on the lights” I want it to go through the OH REST API (or whatever is easiest) and simply set the VoiceCommand item to “turn on the lights”.

Havent tried this, but it looks promising. 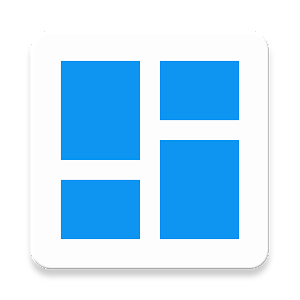 This app allows you to control your devices at home from a SmartWatch. It's based on the fhem.de, pilight.org and openHAB.org projects, so just setup the IP and PORT of your server at the handheld device. Configure your favorite devices or make devices invisible for the watch for better usability.Following functions are available:- status of all switchable devices (FHEM, pilight, openHAB)- switch devices on and off (FHEM, pilight, openHAB)- status of temperature and humidity (FHEM, pilight)- set...

I have an lg g watch r, i could test it out tomorrow if you want

On the watch I use AutoWear so I can say to my Watch “OK Google Note to Self” followed by a command that AutoVoice. But I will admit that once I set it up I never used it because I only actually talk to my watch when in the car and I can just talk straight to my phone in that case. So I’ll skip on that part for now as I’m not sure it even still works with some of the later updates to Google Assistant on the watch (I honestly wasn’t too sure it still worked when I wrote the above).

On the phone I will say something like “OK Google, Ask Autovoice to open the garage”. There are ways to create a shortcut for this in Google Assistance but I couldn’t get that to work last time I tried.

I have a Profile in Tasker triggered by AutoVoice Recognized. I used the “Easy Way” and set the command to be “open the garage”. I added a response just to get a confirmation that the task was triggered.

In the task I have three Actions:

In OH I have a Rule that triggers when GarageItem receives a command and it triggers the Item that actually “pushes” the button (I have a relay wired to the interior button.

I find it awkward to talk to my devices anyway so I really only ever use this stuff in my car, and so I’ve never needed anything more.

One of the first comments is that Home Companio for Wear doesn’t work with openHAB 2.

But it doesn’t look that complicated. One could probably build a complication or watch face using Autowear pretty easily to do what it does, maybe without the autodiscovery of Items part (if I’m reading its capabilities correctly).

It is currently in progress to be integrated into the official OH iOS App:

SO i know this is a pretty old thread and most have probably given up on the idea but just to let you know i managed to get the openhab android app working on my watch (Ticwatch E running Wear OS). I uploaded a modified app here: https://github.com/LuggyLuke/openhab-android/releases and have opened a new ticket with the original repo. Its no way near a proper wear implementation but is nice for testing. Non wear apk’s can be installed on Wear OS using ADB. I might open a real Thread once i have …

I have published a tizen app for galaxy watch. Support starts from tizen 2.x

It is paid app. If interested search in galaxy store with Home.