Build your own face recognition server that interacts with openHAB by using motion detectors, IP cameras and a small DIY python application on a RPi3.
See more of the story here:
How I trained my smart home to see me.

Admittedly, the openHAB part is rather small:

But I hope this is helpful/inspiring to the community. Would we great to test it in other settings, with other IP cameras and enhance the functionality.

Really cool, still had your repo link on my to do list.

Very nice I’ll try it in the next time.
Thanks for sharing

Cool project. I am looking for OpenCV pkg as it is Opensource

Thanks alot for this!

Also, having some issues trying to get this running:

Hello!! I can not start uwsgi, I get an error. Help me please!

I solved the previous problem, now I get another error.

Is it possible to use it with the original Raspberry Pi Camera, which is not IP based?

Sure just buy a third pi and use the motion project to create your own ip camera. There will be another way to use it directly without a pi using ffmpeg.

Second question: is it possible to use only one Pi? I know the Performance will be not as good…

is it possible to use only one Pi?

I think that it is possible (never tried it, only read others doing it) but it would need to be a PI4 with 4gb ram and USB3.

openHAB and any camera using the IpCamera binding can create a mjpeg stream if you supply the correct FFmpeg input to the binding. Recommend looking at using the snapshots.mjpeg stream that the binding creates for you so it is only 1 frames a second to lower CPU loads, especially if the camera has a snapshot URL. Probably looking at a 2% CPU load increase of a PI4 to do that so the entire CPU load will come from TensorFlow.

You can also run Tensor Flow Lite on one of these to off load the CPU power away from the PI using USB3:

A USB accessory that brings machine learning inferencing to existing systems. Works with Raspberry Pi and other Linux systems.

However it may be better to get a second PI for that money, or better still an Odroid N2+ (what I run openHAB on) as it has twice the CPU power of a PI4 and will handle it with ease.

This article may be of interest. 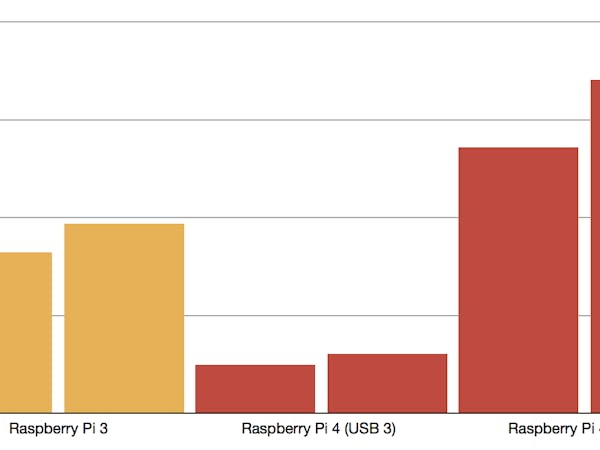 Benchmarking Machine Learning on the New Raspberry Pi 4, Model B

How much faster is the new Raspberry Pi? It’s a lot faster.

I configured the raspberry 3 to use the 4 cores for tensorflow processing. Because I wanted to have low latency from detecting someone on the cam until the notifaction happend. That makes the Pi fully loaded and I would NOT recommend running openhab on the same system.
If you can live with high latency times you can run tensorflow and openhab on the same PI.
Havent tried on a PI4.