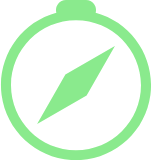 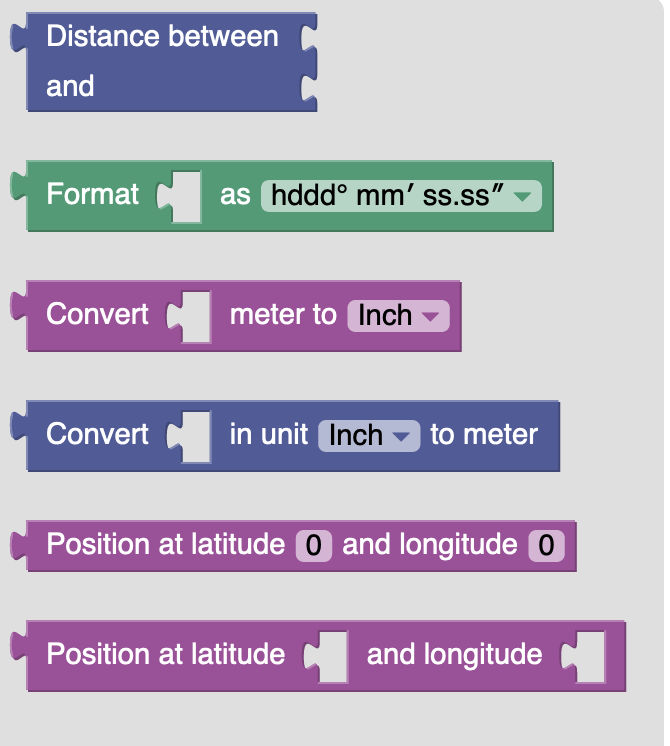 Calculate the distance between the two arguments. Both arguments have to be internal Position objects.

Format the given position in the given format (dummy).

Convert the parameter (Number) from meter to the given non-meter Unit.

Convert the parameter (Number) in the selected non-meter unit to meter.

Create a position object at the given latitude and longitude position. The arguments are direct numbers and there are validators.

Position at latitude %1 and longitude %2 (From Blocks)

Create a position object at the given latitude and longitude position. The arguments are other Number Blocks.

Oooooh man.
If only the android app returned the gps position of the smartphone… you could then have the distance to the openHAB instance.
And run/turn off stuff as you get nearer or farther from home.

This could be cool!

This could be cool!

Nice idea, Tim, thanks for the contribution. This is exactly what the block libraries are for. Looks already pretty good

Here is my feedback from reviewing your code and documentation:

Format the given position in the given format (dummy).

What do you mean with “dummy”?

The arguments are direct numbers and there are validators

Can you explain the documentation what the validators do? I think you are referring to -180 → 180 degrees

I would be also >nice< if you provided some details in the documentation how to use that in openHAB (e.g. via the GPS Tracker Binding?)

Hey @stefan.hoehn
thanks for your feedback. I changed the colors, fix the typo and release a version.
I will check the GPS Tracker Binding and also the native Location Type in the future.
Regards,
Tim