I use the ZMNHVD Flush Dimmer for reading an 0(2)-10V signal.
I managed to set the module to general sensor - 5 as required (included, changed parameter, excluded with no factory reset, reincluded) and then I set the command to manual so the I1 input would not affect A0 analog output.

Set the openhab2 to debug mode and got readings:

In the z-wave database the device is incomplete, it does not have the MultiLevel Sensor command class.

@chris I have attached the xml generated by openhab2 with the completed description.

There should be added a new channel for the sensor multilevel type general:

After modification will be made the readings should be available,

@thopiekar :I use the qpkg app for qnap nas and I don’t know how can I update the local database after the modifications will be done. Also some options to start openhab2 in debug mode without manually editing karaf configuration files?

Hi @bogdanp,
Did you happen to resolve your issue?

I’m thinking of buying the Qubino Flush Dimmer (this one) to control 0-10V voltage of the ventillation system that’s being installed in my house.
I wonder if the latest Z-Wave binding supports the dimmer.

Hey Kuba,
From a quick look, the database looks complete for this device so I guess it should be supported ok…

I am satisfied with the result
I control a Belimo actuator that has 0-10v control and 2-10v response
(actually is a damper actuator). I use a Mean Well 24v source to power both
flush dimmer and actuator. The response has a little error: 10v from
actuator is read @98 instead of 100 (adc of flush dimmer has a little
error).
Regards! 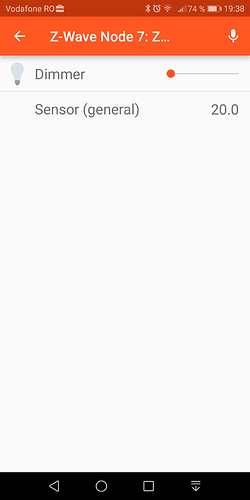