I am currently finishing a few features (namely Holiday setup and Temperature Hold) + testing it.

Everything is based on the excellent write up by Alexander Thoukydides (https://github.com/thoukydides/heatmiser-wifi)

This sets up the environment with a set of perl scripts that do the hard work of communicating with the thermostat via a proprietary protocol (DCB).

I will be publishing the scripts as soon as I am enough confident of not doing major disasters (it’s winter time in EU :-))

Meanwhile if you are interested in the topic I suggest you proceed installing the prerequisites (the above project) following the instructions there. Following all default settings.
You may avoid installing the web server part as just the perl scripts are needed. I have not tested having installed it but it should work.
If you add the server part it does no harm and gives you an additional (out of openhab ) tool.

I wish to thank already
Alexander Thoukydides : without his work this would have not have been possible. Furthermore even if the project is not mantained he was so kind to provide support
Watou, rlkoshak and the other users of the forum constantly helping. 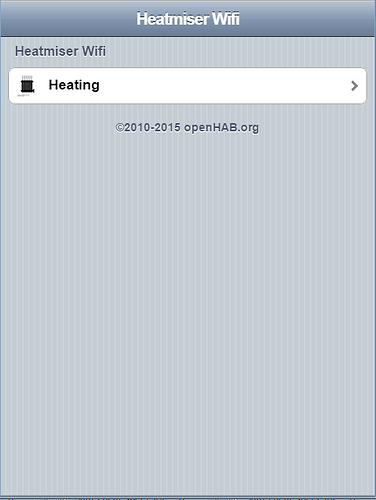 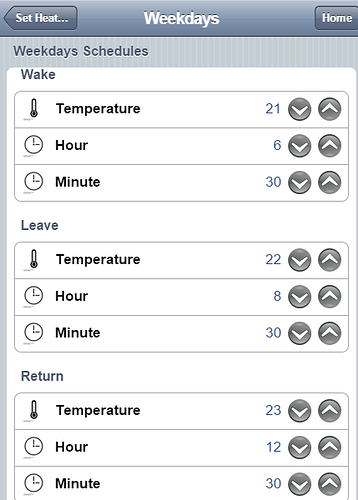 Thank you for providing this. When you make a final writeup for others, could you make a wiki page? Another person just added a nice, concise writeup for DoorBird devices and put it under “Application Integration” in the sidebar, which seems like a good spot.

Fantastic - I did some basic scripts but this looks much more sophisticated.

One thought. I experience wifi thermostats randomly dropping off the wifi network - I gather it’s a general problem with the older units and there’s nothing I can do about it. I made sure my scripts reacted gracefully to drop-outs, i.e. by greying out thermostats that aren’t available and then updating them as soon as they become available. Great if your scripts are able to do this too

I am a little bit in delay with the scripts… vacation finished less time.

Did not happen to me. Or maybe I did not notice.
So it is not implemented.
Maybe we can integrate it.
Also: I have one thermostat also it is possible to extend it to a multi thermostat environemnt easily but it is not done.

Hi Chris
I tried it but it seemed to me that it was not working with my PR-TS Wifi.
Even though I have the documentation of the protocol used I am not expert in Java to complete the binding therefore I decided to go for a “install and glue” solution .
Installing the excellent perl script a person did and then using simple bash scripts + oh programs.

The result was quite good.
What is missing yet is the interface to some ancillary functions (holiday and another I can’t remember now).
All was frozen by work + corruption of sd + install on EmonPi + desire to migrate on OH2

The binding Chris wrote is able to read the PR-TS WiFi, but can not write to it.
I did the testing and have it running since it was extended for WiFi.

yes - I couldn’t get it working either, and have my own hodge-podge solution. Would be great if you could share yours.

Hi
I have just edited the Wiki with all I have (the setup was on a crashed SD card ) with some notes.

It is far from perfect, but the main functions are all there.Right now I have no time to take it to the end.
Go ahead and modify correct what is there.

thanks - can I ask where on the wiki?

gosh
I wrote it and I swear it was there

I have some days off. Tomorrow morning CET I will reupdate it.
I keep a copy offline and send it to you Dan