As you know we’re approaching openHAB 3’s release and the time window to have it as polished as possible narrows. As I stated recently we want openHAB to be appealing to your household members as well as you, so that they can have a pleasing experience while operating the app through their phones and tablets.

We also know that the majority of openHAB’s users are not native English speakers, and while you, the admin, will have little problem with English (most configuration parameters are only available in English anyways), I believe that good experience for your non-admin users includes having the UI in their mother tongue.

Therefore, I have added some internationalization infrastructure to the new main UI in the last few days and made the messages on those screens that are visible to non-admins only - that is, without signing in - translatable.

And there’s where I’m hoping that you, the community, will step up, in these last few remaining days, and translate these few screens in as many languages as possible!

To do that, head over to:
https://translate.openhab.org

Below are the rules of the game, please read them carefully!

Thank you very much in advance for your participation - let’s do this!

Thanks to the amazing contributors below, the following translations have been completed and the green (approved) ones will be featured in OH3 RC1: 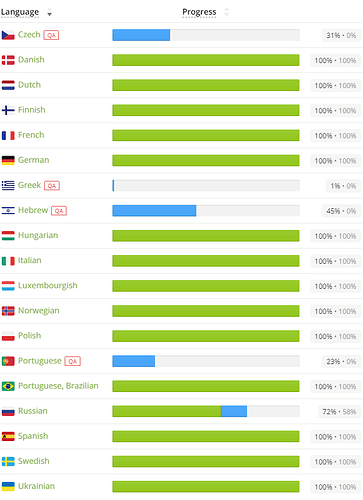 (note: for Russian since it was well on the way I decided to add the suggested automatic translations for the “common” file and include it too. Русские друзья, пожалуйста!

If you could check those and maybe finish the remaining 30%, it’s still possible to have it complete for the final release!) Edit: the Russian translation was completed in time for the RC1 release!

Not featured here are the translations for the pages related to the 4 pages of the authorization subsystem (sign in, create the first account, change password, create API tokens). Those are to be translated in the openhab-core project: crowdin.com/project/openhab-core
Look at the messages.properties file under org.openhab.core.io.http.auth, this is the only one you want. It’s not necessary to translate the other ones.

If you need to make adjustments to the current translations as you see them in the software, even those already approved, this is still possible next week, we’ll do a final update before the release!
New languages can also be added in the meantime, it’s not too late!

Last but not least, please join me in thanking the following people for their quick reaction and their amazing work these last 5 days: 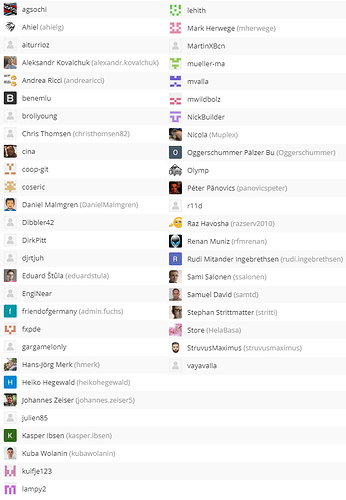