Hello,
I wanna summarize you my experience with sonoff - Tasmota flashed modules.
There are basically three steps I pass throught before be able to integrate these modules as I image to do and I wanna explain you in a brief:

Step 1) Flash Tasmota firmware on the sonoff and run as stand alone switch on a stand alone cable.
(I assume you are already at these level. Otherwise I suggest to stop read these post)

Step 2) To Integrate the sonoff module for a simple single point light switch
I procede as shown.
Anyway there is a good documentation to implement these configuration. 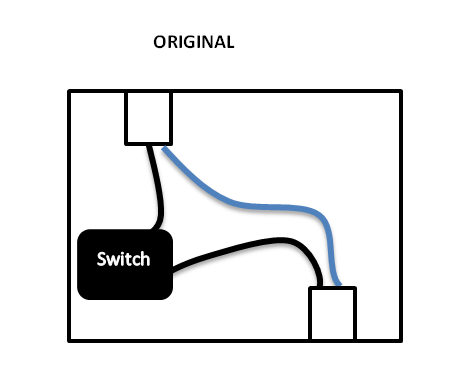 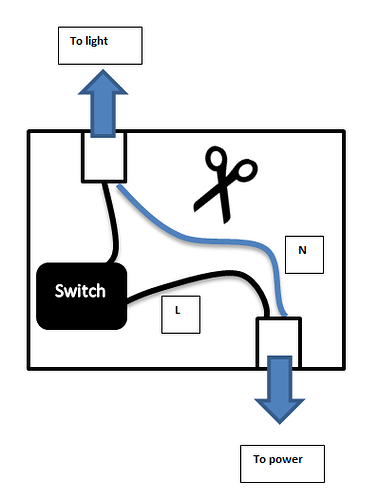 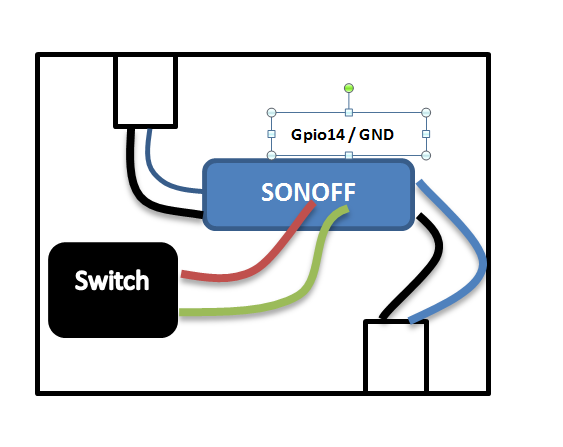 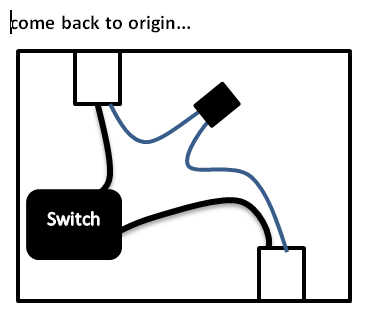 Step 3) Integrate the sonoff for a light bulb switchable from multiple points is a little bit triki.
Many people around the net have found different way to interface these option and some other do not have clear ideas about it and I wanna try to clirify these point.

Because the switches lines before the modification was working as I/O, I didn care to understand deeply how it works in the middle, I just need to undestand which is the first and the last…I hope pictures will be exaustive.

Anycase I suggest to think about how to restore the original configuration in case of needs.

These is my experience with these fantastic objects, smart home, smart price!

Speaking about the last two pictures, the “original” isn’t possible! If you would use only two switches it would work ( called alternate switching, in German "Wechselschaltung). Switching any of the two switches will change the mode ( either ON to OFF or vice versa). Trying to do the same with more switches will not work ( the state after the switching of one switch is not predictable).

Because of that I think the other picture isn’t possible as well. However the sonoff does only need a momentarily connection between GND and GPIO0, so you could make this connection with several pushbutton (German “Taster”) , each connected directly to END and GPIO0.

Ciao Opus,
I test the second configuration personally with a light switchable from 2 points… 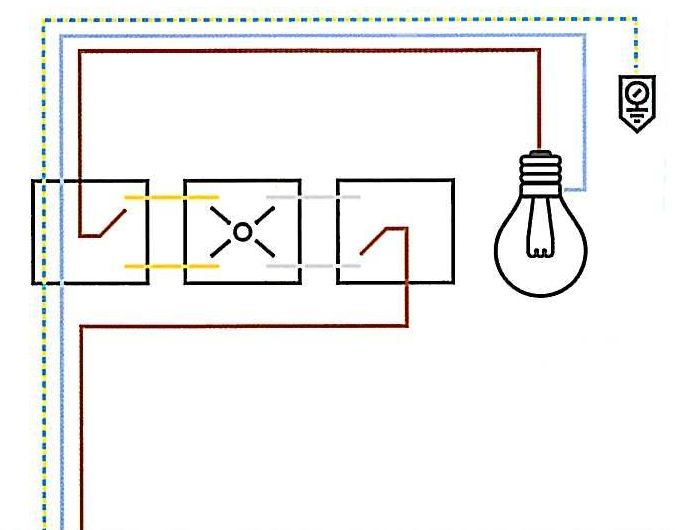 Do you think that modify a layout like these will not work?

As said before the setup with two switches would be working. What us this “thing” in the middle in your last picture supposed to be?

What us this “thing” in the middle in your last picture supposed to be?

Shold be a 4 way shitch

In my opinion it should work because I have 1 wire input before the first switch and 1 wire output after the last switch… If the state is predictable before the modification, should be also after… Am I in fault?

Did you understand my sugge
stion to use pushbutton connected in parallel? That would be working

Yes perfectly understand…I didn’t tought it but for sure will be work fine!

A 4way switch? Never came across that one, how is it supposed to be switching?
Maybe my mind stumbles but I do not see the possibility to use anyone switch to change the actual state. Consider both 3way switches connecting the upper line and the 4way switch connects the lower obe. The ligth is off and you can switch it on with the 4way switch ONLY, NOT with the other ones!

It’s also called a crossover switch or intermediate switch. As ordinary wall switches, these things get used when you want to control a light from more than two locations.

Modifying a Sonoff for this purpose is a bit crackers. Not least because it will be difficult for OpenHAB to work out if the light is on or off from the various Sonoff states (but not impossible).

Use one Sonoff, and as many remote switches as you like to control that

Yes,
I didn’t know is not usual to find in other countries. In Italy where I live we call “invertitore” and it is pretty common…It is used when you want switch a light from 3 OR MORE points…
I left you one link if you wanna go further and see how it works
4 way switch video

Modifying a Sonoff for this purpose is a bit crackers. Not least because it will be difficult for OpenHAB to work out if the light is on or off from the various Sonoff states (but not impossible).

I didn’t understand your perplexity Rosko … Tasmota firmware already send a MQTT msg to Openhab to say his state every time it change and I Always end up with coherent and consistent ON/OFF state…
Can you explain me your doubt ? Maybe in my mind I miss something and I wanna discuss with you …

The fact that I didn’t know such a Switches doesn’t state this switch is not known in Germany. It only states the lack of my knowledge.

The way to go is to have one Sonoff and several wallswitches controlling that. Which reading again, is what you are doing.

Indeed. In my country it is called a ‘Hotel switch’.
I have opted for another solution and that is just to have a momentary switch connected to my raspi or an ESP (depending on its location) and let openhab work out if a push from wherever means ON or OFF. That way OpenHab will always know the state.
But seems that is exactly what you are suggesting.

Now if the SONOFF only came with a two position connector on the relay, a Hotel switch circuit would be easily made

This thread is very old… But just to enlighten a bit, after more than five years…

The 4-Way Switch or Crossover Switch is called “Kreuzschalter” in Germany (Crossover… you see?)

That was a very common way to have more than two switches for the same lamp before surge relays (Stromstoßrelais) became commonly used.

Thanks. Learned something, and that at my age!

The number of switches does not matter, the final ‘live/active’ the goes to the bulb is always the ‘switched live’ and the logic is taken care of within the hard wired switches.
I’ve never done this with a sonoff basic as you need to modify to wire across gpio and that can be difficult to integrate with standard home wiring.
For this purpose I have always used ‘shelly 1’ devices as they come with a switch input… Google it.
Sonoff mini is similar

For this purpose I have always used ‘shelly 1’ devices as they come with a switch input… Google it.
Sonoff mini is similar

At that time “Shelly 1” and “Sonoff mini” was not available or I did’t know it.
Now, with that new devices, is not needed to modify the original light bulb wiring anymore… =)