How to alarm when a sewage pump fails

Hi!
I ask for an advice. I have a 230V sewage pump that works automatically. It uses a float switch. Basic stuff. But somehow i would like to know if it’s not working. Several thing could happen. Electricity problem, the float switch stucks or the pump go wrong.

I was thinking two things, one is to measure the level of the sewage, second measure the energy consumption of the pump. The second one seemed to be easier. I mean when for a given amont of time there is no consupmtion there must be something wrong. Or i could use a second float switch that could start to ring a bell or something. At this point a local (sound) alarm would be enough. Athough i wouldn’t mind if i could get a notification to my (Android) phone.

Any good idea please? It should be reliable for years, ideally without maintanence.

I mean when for a given amont of time there is no consupmtion there must be something wrong.

Only if the level is high enough to trip the pump.

Yes, but level will increase time to time for sure.

You could set up a timer item using the expire binding, and send an ON command to this timer every time the pump turns on.
If the pump hasn’t run between the expiration time you could send a notification or alert via pushover, email , sound alert etc.

I basicly have something simular set up:

Create a rule to reset the timer every time the pump runs.
Im assuming you measure the watt usages using a smart plug of some sort?

Do something when the timer runs out, e.g. when the pump hasnt run as much as desired.

I see what you’re saying, thank you, but at the moment i don’t have any device that the code could run on.

The vibarion sensor makes sense. I’m considering it. Few things to solve though.
1 This is far from indoor usage. It should work in the canal.
2 Need a HUB probably, signal strength could be an issue.
3 I’m not sure that i could configure an notification for “event that not happend in x hours / days”, most smart things trigger event when the state changes, ie on / off, that’s not enough here.

My last idea was a Wifi circuit breaker. No outdoor device needed. It would measure the consumption, and with a “tricky” rule i could notice when something went wrong. Tricky means that de pump has not started for a while. This rule part is a question. Not sure which brand supports this kind of rules. I had the ewelink, xiaomi apps, not sure that i have seen this type of rules, I might be wrong.

the solution i opted above does exaclty that. Every time the pump would run (Based on a spike in powerconsumption, vibration etc) it resets the timer. If the timer runs out you get a notification or alert of whatever action you desire. You can run this on openhab without issues so your platform is there. Just need an external device (eg. Zwave metered powerplug, wifi socket, zigbee vibration sensor etc.).

So basicly this loops as long as the pump operates from time to time… if it doesn’t the loop breaks and alerts you. Range is an issue though for most wireless sensors…

Not sure which brand supports this kind of rules. I had the ewelink, xiaomi apps, not sure that i have seen this type of rules, I might be wrong.

They will all support it, as long as you use openhab to run this kind of rule… when an item (The ewelink, xiaomi, wifi / zigbee / zwave socket) changes state

Close the loop by putting a float sensor at the height in the tank you want to be alarmed.

Any method will work but if you put a float switch in that is wired directly to buzzer then everyone will know there is a problem. What happens if your tank overflows?

When it overflows the sh*tstorm stars. Literally.

So what i’m thinking now:

Sonoff has a leak detector too. I’m considering to put a RF sensor into the canal and get notificated that way. Somewhat a dirty a job to install / maintenance it.

You certainly can detect power changes in the motor. You will need to go through at least 1 failure to make sure it works

That event would trigger an IFTTT rule ($10 / year

The Telegram binding allows sending and receiving messages to and from Telegram clients , by using the Telegram Bot API.

The Rule would write a spreadsheet

I’ll write a google script that checks the spreadsheet periodically

Cool do this. Mail can be dunny overflow again call plumber to fix.

This is how I would do it using a float switch 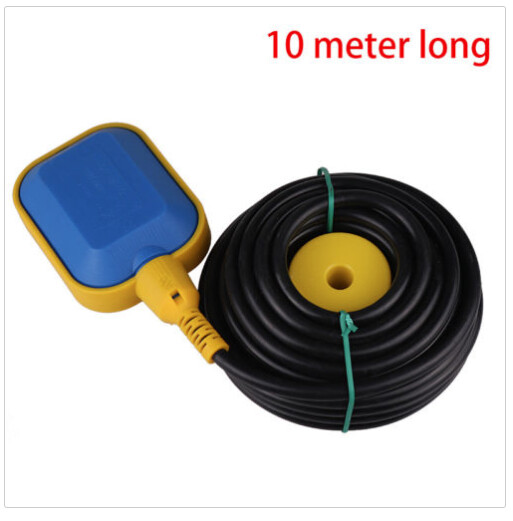 A project box an power supply.

Programmed into openHAB
If you want to get fancy get some solenoid’s to put on your toilet water supply and cut the water off if the tank is full or a siren. You can do that without openHAB

You can send a message to your audio device or play a song.

Thank you! I rediscovered the mqtt again, promising. So