Yesturday I bought the new IKEA Trådfri smart bulb and remote. Trådfri just launched on selected markets (Sweden, Czech Republic, Italy and Belgium) and will roll out further in April 2017. There are different variants but all can both dim light...

Im not 100% sure they use Zigbee Light Link look at the last post here https://developers.meethue.com/content/philips-hue-and-ikea-trådfri?page=1#comment-3100

There was a great in detail article over at the german news page heise:

Whoever gets his hands on such a bulb first: Let us know!!

well i have been thinking about getting a few of those bulbs but with no way of controlling them from OpenHab it seems pointless.

As the hue bridge is a no go i have been waiting for the zigbee integration.

I’ve got a friend in Sweden at the moment but I’m struggling to see a reason for getting them other than for a bit of fun.

Thanks for those articles @ThomDietrich - really useful information in them.

To summarise: No need for cloud, talks to Hue/Osram lights, with a bit of ESP magic (although not the 01 as you need at least 4 GPIO lines) you can turn the switch into a hub.

The price isn’t really appealing to me though. It’s between £25 and £30 for a light and switch at the moment, but the Hue with Dimmer switch can be had for a similar price.

I feel the same way as the both of you. Integrating yet another device connected to openHAB would be cool but I’m not personally interesting in more lights. I’m not even playing around with colors much. My PC case modding times are long over

this is my first post, as I just found out about OpenHAB yesterday… but… I’m looking right now at a Tradfri set on my desk

Two bulbs, remote control and internet gateway. Unfortunately an app to manage the gateway and the rest - will be available at april, and now I can only use the remote control [no internet needed], but if I can somehow help you with development - let me know!

important: I’m not a developer, so probably you’ll have to guide me step-by-step

I’m just interested in making some automations at my home, so right now I’m looking for new possibilities.

IKEA bulbs have some flaws so I’m thinking on returning the set, but first I want to test the app when it will be available - and for now maybe I can give you some infos.

[if needed - I’ve got a unboxing video with quick remote control tests, but don’t want to spam with my YT channel]

I’ve running wireshark against the Android App when it talks to the gateway. It looks like it’s talking CoAP over DTLS which is going to slow things down a little when it comes to rev engineering the protocol.

I’ve been trying to reach out to IKEA for some doc on the CoAP endpoints and there is some suggestion they will be providing an open API at some point.

I have a set including 2 bulbs, gateway and remote, and a rectangular flat wall/ceiling light. Though I have currently no plans to figure out the protocol (I love the hue gateway with it’s clean REST API for that matter) or build a binding, I’m willing to test any binding or cli tool if one was to be made.

FTR, there is also some “generic CoAP binding” suggested here - maybe that can be used as a starting point: https://www.eclipse.org/forums/index.php/m/1759339/

A lot of discussion around the protocol is going on here: https://github.com/bwssytems/ha-bridge/issues/570

Nice review on the COAP protocol and security in general by Matthew Garrett.

Have a look at this…

I've been working on integrating the new IKEA TRÅDFRI Lights into my Home Automation system. I'd really like a native NodeJS system so I can plug it directly into Node-RED, but I've not found a wor...

It has it’s own repo, too 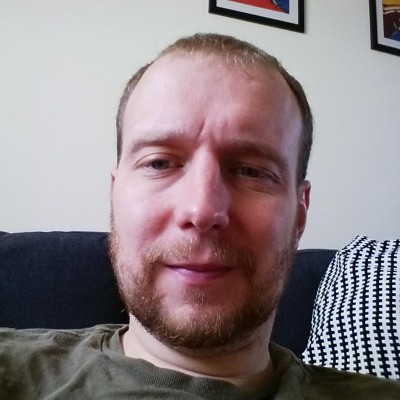 FTR: The further discussion about supporting Tradfri is right here!