i have added a thing as below :

i have made a mistake in the IP.

i have updated the IP in the thing file but the thing is still in status offline with the wrong ip.

i have still removed the thing definition from the file

Impossible to delete it from the rest API 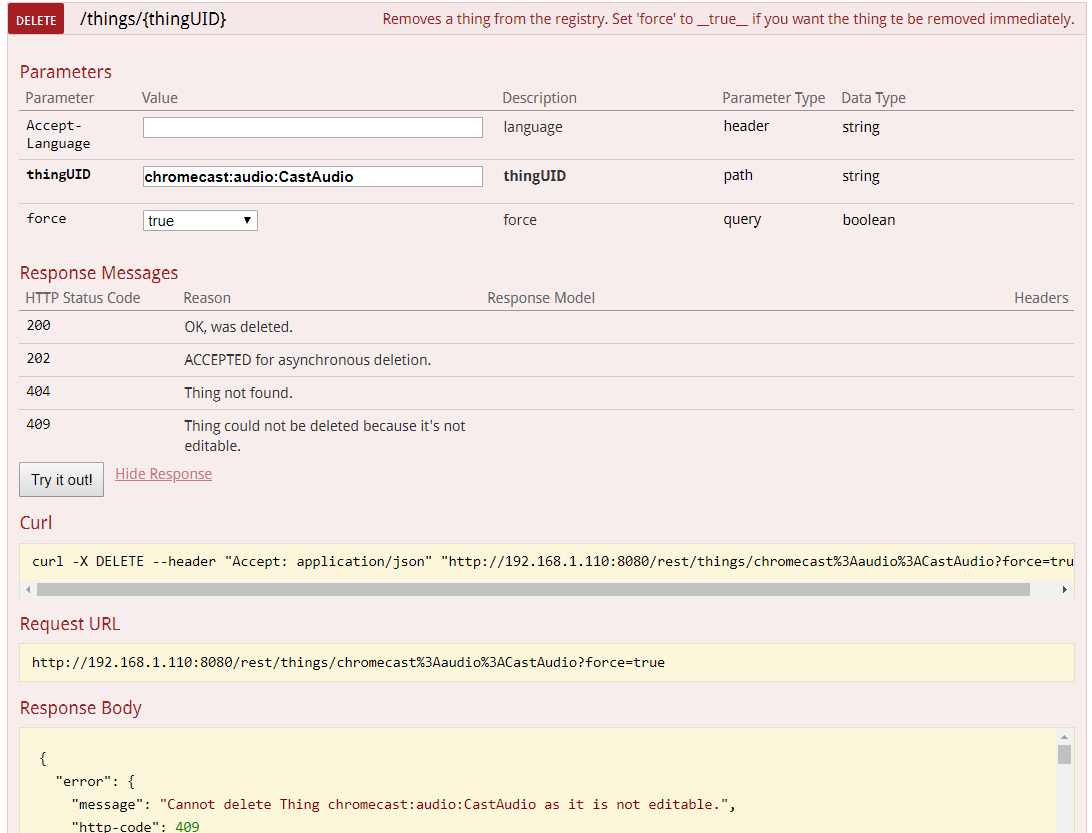 impossible to remove it from the console

no reference to this thing in the file /var/lib/openhab2/jsondb/org.eclipse.smarthome.core.thing.Thing.json

and it’s still there !

Have you tried to uninstall the REST binding, then clear cache/tmp? Or may just uninstall and reinstall the binding may work.

I got tired of retyping this so am posting a new thread I can link to later. Often when one encounters a problem with OH, particularly after an update, OH will refuse to run or certain parts of OH stop working. Some reported errors include: 500 or 404 errors when accessing the UIs lots of exceptions from Jetty or other core components in openhab.log OH refuses to start at all The first step in debugging the problem is to clear the tmp and cache. Stop OH if it is running. Delete the con…