I’m using openHAB 2 on a raspberry PI 3 (openhabianpi) with the Razberry 2 (Z-Wave) module.
I tried to include two Z-Wave devices, but they are both shown as “unknown device”. No items are added. 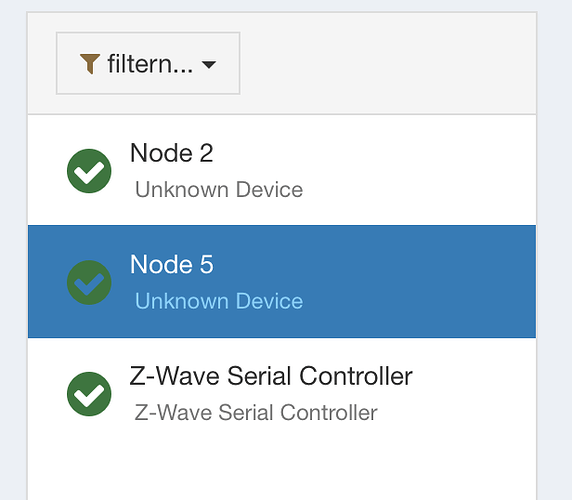 Node 2 is the Fibaro motion sensor (FGMS-001), node 5 is a Devolo thermostate.

Repeat the inclusion process again, and again, and - if required - again …
I had the same problem especially with the Fibaro motion sensor and learned, that the controller and the z-wave device sometimes need to communicate several times until all data of the device have been transmitted to the controller. Finally it worked.

I tried to include the motion sensor more then ten times, but I always got this warning in the openhab log:

I have solved the problem…

I found out, that the Razberry 2 Module was damaged (I tried to set up a Z-Way server, but I got the same problem).
Now I‘m using the Z-Wave USB stick.