I want implementation in openhab.

In the glorious future, every device you own will have WiFi connectivity. With a tap on your app, you’ll be able to switch on your TV, dim your lights, and set the air-conditioner to “f…

I found open source JAVASCRIPT driver FOR in NODE.js : 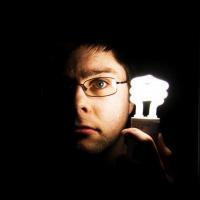 I found other this code GO LANGUAGE:

That socket looks very similar to one Aldi Australia are selling (under the brand name Bauhn, but it’s actually an Orvibo socket, just rebranded). If it is the same, then check out the sample node.js code I’ve posted over on GitHub

The short of it is:

I buy device… if we need sniffer i can

Interesting! Any idea whether this device also supports “receiving”? This would make it possible to have a cheap IR receiver connected to OH. (beside the IR sender)

With that you could use any IR remote and trigger something in OH.

I’ve started some work on a Java library (that should be able to be converted into a binding) for the S20 socket.

The problem I’m having at the moment is reliably communicating with the socket. My global discovery packet works fine but the subscription and commands are very intermittent (and often I get no response at all for long periods).

I’m not sure if this is a problem with my dev PC, or my home network or if the UDP packets I’m sending are invalid but the Android App seems to work OK.

this device support receving becouse have the possibility for store code IR. And it can recive any ir code device.

I have same problem , i sniffing command udp generate andoird app . After when i send command of pc -> ir blaster i dont have response

I’m using the python-orvibo project on github for the s20, and that seems very reliable at present. Is your java code available anywhere maybe you/I could compare the two?

I’m beginning to think it’s something to do with my (Windows) PC. I’ve got a python script that I can run on my Raspberry Pi and it works pretty reliably. I’ve tried the same script on my PC and it doesn’t work.

I then tried some basic Java code and it didn’t work on my PC. I zipped it up in a jar file and ran it on my Raspberry Pi and it works and controls my socket.

PS why does the forum keep telling me this reply is too similar to a previous one?

The tests use S20 Smart WIFI Plug in a while that Plug Power is capable of Control on / off as well, but the Control to use the IOS and Android can not be activated via Computer if maybe we. Conditions need to turn on / off can be operated from a computer is very good. I try to find a way to find Web Control S20 Andrius. Štikonas most talented Reference and Information Packet began to write their own programs to be prepared to go Home Automate

Begin
The function of the applications we are interested.

From Socket said the orders are to be numbered Mac Address all queries, we need numbers Mac’s S20 but will allow customers to enter the Mac would not have to start by sending commands to the Port. Get a Mac before, to 48 899 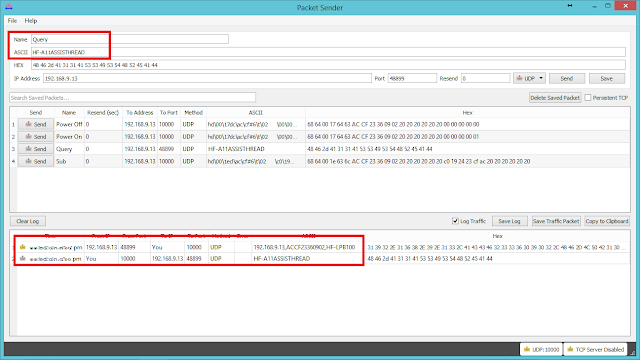 From the above statement, we will have a Mac, S20 to send the next command.

To send a command to turn on / off
data from Socket mentioned above. Before we send commands to the S20 has required Subscribe before placing an order. ON / OFF 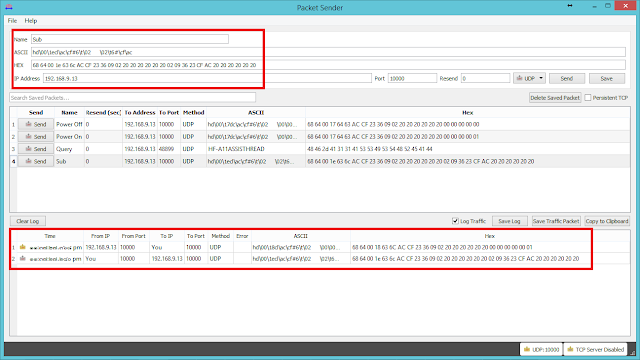 From the results, we can know the status Plug the Hex final has been set at 01, is open 00 off

**orders on / off **
by the format command off. / open like this (showing a Hex Number) 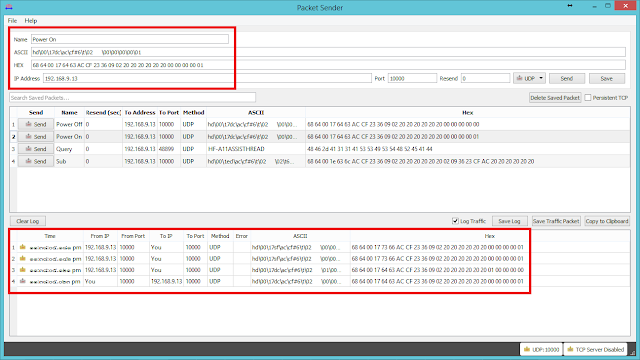 of the results enable us to check. a statement that the state was at the behest or HEX final Packet that two or three are equal,

/lib/allone.js is a stand-alone file, the rest of the driver is just a wrapper for that, so it’s definitely possible to use it without a Ninja Block.

Is it possible use allone.js with exec comand in openhab?

Can you run it from command line without openhab?

Yes in my fork of the project on github i’ve added a “cmd.py” which you can run from the command line or an exec binding providing you have python 3.x installed

Is this just for the S20 or can it be used with the IR Blaster as well?

You may be interesting in my orvibo module for python3 . It allows control s20 and AllOne IR blasters.

I use master orvibo is work. I test ir grab and Ir send

but after 5 time i end command i have this error:

Seems you’ve tried to do it too frequently. Despite of orvibo connection has SO_REUSEADDR for the UDP socket to Orvibo devices, there is a system level stuff like TIME_WAIT, which doesn’t allow reuse address while TIME_WAIT timeout. You may read more about this timeout and a workaround here