Hi, as mentioned in whats-the-status-of-io-homecontrol-velux, there seems to be no one having the io-homecontrol wireless protocol decoded yet.

My question is: Would it be feasible to decode the wireless protocol?

My first thoughts about this are:

Some (weak) information about the protocol

Each io-homecontrol ® installation has its own encryption key, which is present in all io products in the home.
This key is automatically activated when the installation is first used. The emitter (the remote control) issues its encryption key to the receiver (e.g. an io roller shutter) once and once only.

Oh and I already tested a cheap SDR (a rtl-sdr device) with GNU Radio, but its currently very low tech, but I received signals from one of my remotes.

I managed to record the transmitted frames and started dissecting them.
I own some Somfy-devices running on the homecontrol-standard.

My learnings so far:

As I don’t own a SDR Device that is able to TX, I cannot test to replay data.
Did you gain any more insights yet?

Sidenote: Cryptography experts usually say: A system which is based on hiding the underlying algorithm is never safe. Somfy/Velux/Io-Homecontrol are trying exactly that - let’s see how successful they will be…
My guess: It will be possible to fully decode/encode it

Could you share your setup (e.g. GNU Radio config exports, screenshots, data, … you name it) to maybe get things going a little bit more easily for others?

Sidenote: Cryptography experts usually say: A system which is based on hiding the underlying algorithm is never safe. Somfy/Velux/Io-Homecontrol are trying exactly that - let’s see how successful they will be…

I agree, sadly I’m neither a crypto- nor a radio-expert - yet.

Hi NickMa,
sure, I can share that stuff. Due to limitations for ne usesr here of just one picture per post, I have to split this into multiple postings. Hope this does not matter too much.

I use a NESDR SMArt from NooElec.com (simple and cheap SDR based on the RTL2838)

The resulting “analog” signal can be stored in a wav file which, cropped to one transmission, looks like this:

… to be continued … some other time - I cannot create any more posts due to another limitation for new users… max three posts.

You can find all I wanted to post in the docu_post.pdf file on GitHub whei I also placed the code and GRC-Files. 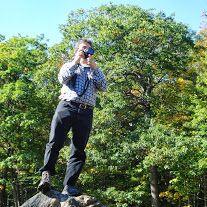 I hate to revive this topic after two years, but the documentation of the io-homecontrol key exchange process is so poor. Has someone been able to find out about it more than this?

Like, what exactly is an io-homecontrol installation? Is it the remote control which has the encryption key? And what is ment by “automatically activated when the installation is first used”? What installation can be used only once?

I understand this “Documentation” as:

But who exactly has the key in the first place? And why is there no in depth documentation to this process?

One thing that bothers me is the part in which they explain the installation key is sent. Is it in clear? If an attacker can force a master device to enter sync mode, it may be stolen.

To answer your question about an io-homecontrol installation, this is either the remote/actuators set or the base station (TaHoma, Connexoon, etc.) and all its sensors/remote controls/actuators.

I don’t clearly know for the remote controls, but the TaHoma generates an installation key at its first launch. I saw some lua functions dedicated to refresh it although I don’t know in which circumstances they are called.

The installation key is, according to my understanding, owned by the controller. Either the base station (TaHoma) or the remote control.

And for the documentation part, Somfy has made the choice to not let its users customize its products and protocols. The io-homecontrol documentation exists but you need to have an NDA. Because, you know, intellectual property.

Some people are working to get a reverse engineered specification (at least I’m trying) though.

I’m not sure whether this information adds any value, but anyway:

The KLR100 has a menu option to reset the key. It generates a new key (16 bytes) and stores the old key in a backup location. The old key might be used to send a key update to other devices, but I’m unsure about that. IIRC my KLR100 was isolated immediately after triggering the reset and the active key had to be resent from a second remote control to restore operation. Reset it two times in a row, and the remote control will have no knowledge of the previous key. If you resend the key from a second remote afterwards, you should be able to capture the transmission (if not every time).

Windows usually have a way to reset their key, too, or at least to enter a learning mode. Usually when they’re already open and were without power for a few seconds.

Anyway, initial key transmission has to be either cleartext or protected by a PSK known to all compatible devices. If the latter, then I’d guess this key, as well as the signature algorithm, resides in the MCU firmware, which can be found in TaHoma’s filesystem, for example. Unfortunately, it uses a pretty rare instruction set.