The USR-R16-T is a 16-channel web relay sold on AliExpress and other places. I bought one, and spent hours building it into a box with 16 power outlets, all the while assuming that there was documentation available, and that it would be easy to control with a simple telnet-style protocol. Boy, was I wrong! I’ve wasted hours trying to follow broken links to get the Lonhand Protocol documentation… no dice.

Finally, now that I’ve gotten into openHAB and learned Python, I realized what I needed to do – so I reverse engineered the control protocol, with the help of wireshark. I’m posting this here hoping that google will help other people who are trying to find out how to control this relay.

Here is the solution.

Hope it helps somebody.

Now that’s a cool device. I don’t know that I’d trust it with mains voltages though. I have one of those boards without the onboard smarts and there are no cutouts between the traces, and I’m fairly sure those screw terminals are not rated for mains isolation.

Would you be willing to keep poking around with wireshark to get the read command and response packets figured out?

I don’t remember if it has cutouts between the traces, but other web relays do, I think this one probably did as well – but it’s not accessible so I cannot check. I only have one of this type of web relay, and it’s inside here: 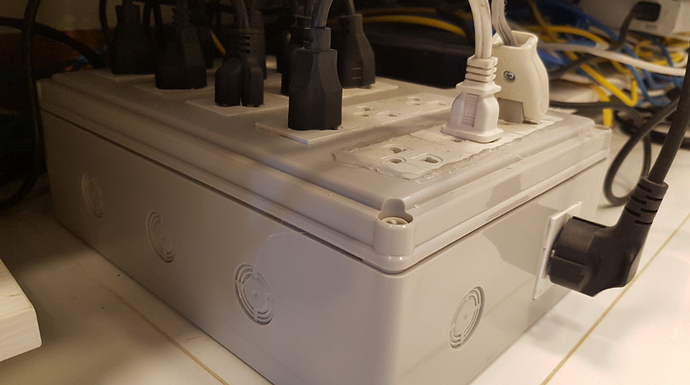 In case anyone notices, plug #16 (the one on the right side) is in fact properly grounded, by me having inserted a grounding rod into the “french hole” of the schuko plug! 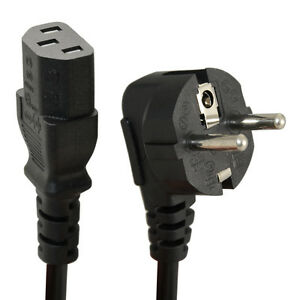 Would you be willing to keep poking around with wireshark to get the read command and response packets figured out?

Sure, if you can think of a good reason to.

The only reason I can think of would be to still use the original app in combination with openHAB control… and the app is quite frankly abysmal. 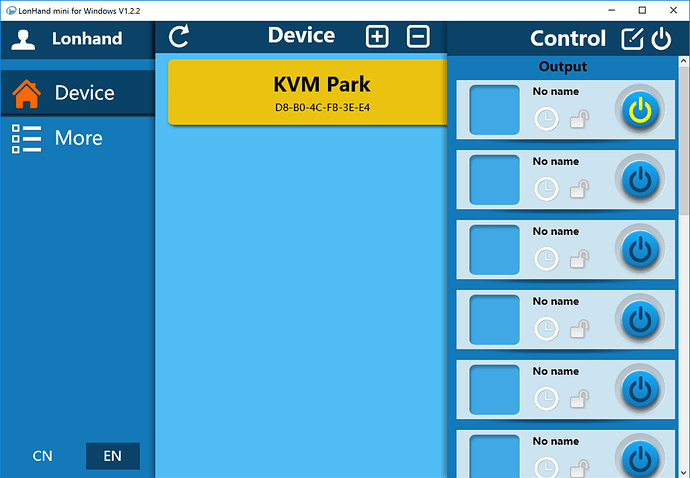 What the image doesn’t show is:

Add to that the fact that in order to receive the state, the script would have to maintain the connection to the device instead of just hit and run the way it is currently, and we’re talking at least a couple of hundred lines of code instead of twenty.

So, willing? If you can think of a good reason then yes, otherwise I will pass and spend that time on something more productive, because I cannot for the life of me think of a reason why I would want to continue using the POS app that I just managed to remove the need for just by controlling things from openHAB instead.

If you don’t already have an USR-R16-T and you’re looking to acquire a web relay then for the love of god don’t buy this particular one. It works, but you can do better. Get the one that looks like this instead. If it has a name, it’s “ZMWEBRELAY”. I have 6 of this kind: 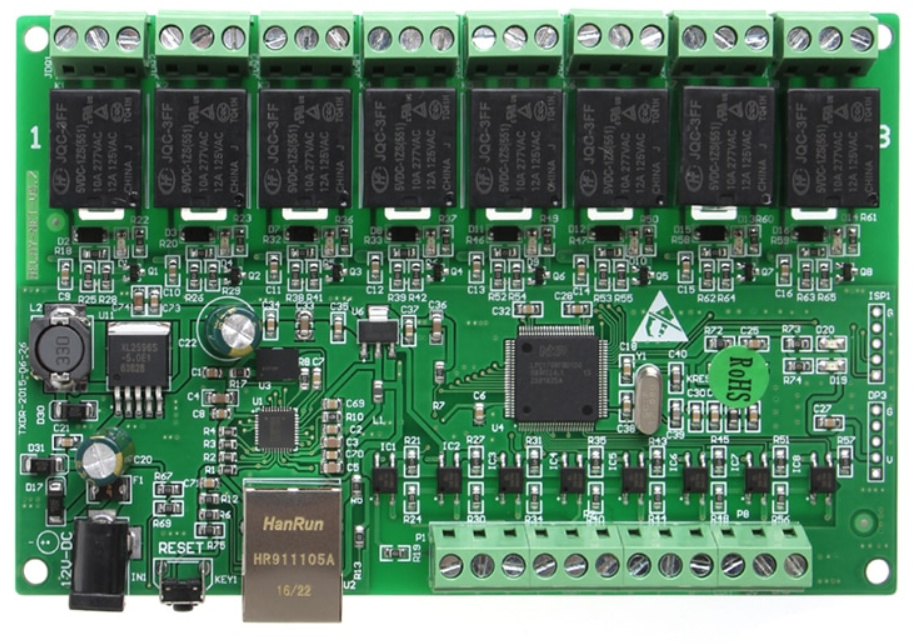 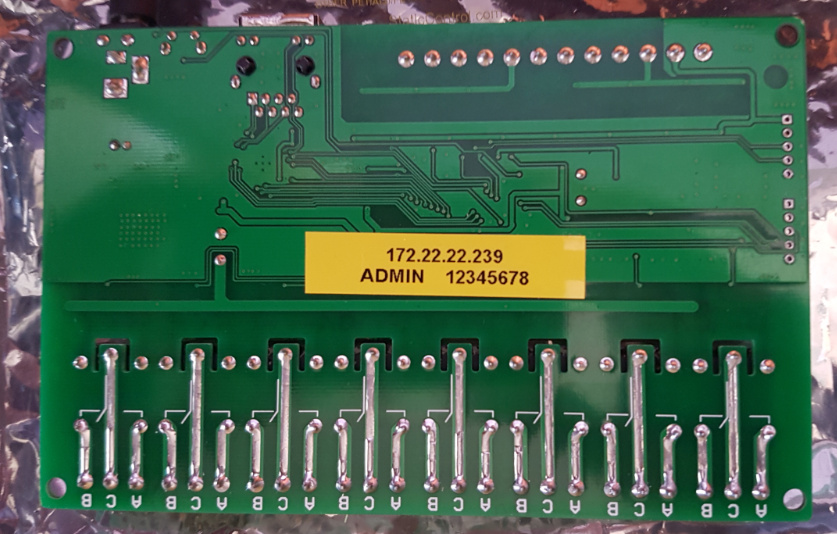 I figured you’d want to see the underside. This one is great, it’s reliable, reasonably well documented, and supports several ways of accessing it out of the box!

You can get it from here and from many other places.

But, an 8-channel relay module + a NodeMCU (ESP8266) is $6 and you won’t even need a network cable since it supports wifi. It’s quite insane, really.

If you’re looking for a web relay to AVOID LIKE THE PLAGUE, here’s one: 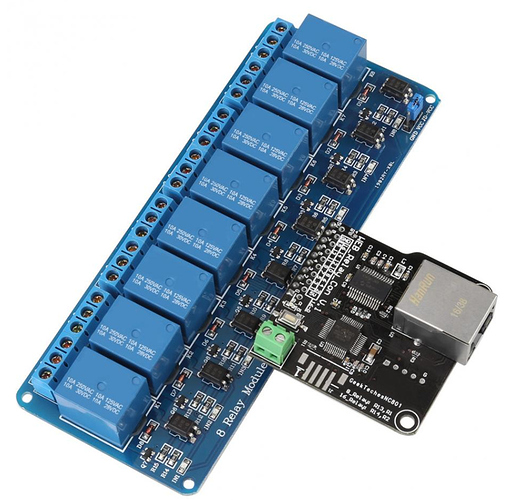 Where did you get that case? AliExpress as well?

Sure, if you can think of a good reason to.

Not having to set the relays to know their state, and to be able to confirm the requested action was completed.
Password encryption isn’t an issue, there are plaintext passwords in other openhab config files.
I don’t think we would need to keep a connection alive. A periodic poll would suffice, with the ability to call it manually to force a refresh.
Setting and getting the names probably won’t be needed for openhab, so no need to fuss with that.

I also have no immediate need for a device like this, but can definite see a use for it. If you don’t have the time then don’t bother. I have the impression reverse engineering it’s command protocol took you long enough lol.

Get the one that looks like this instead. If it has a name, it’s “ZMWEBRELAY”.

That one also has the same minimal cutouts as my plain 16 relay board. The separation between the relay common and signal pins is good, but there are no cutouts between to high voltage traces to reduce the chance of arching. I don’t have any example images on my phone, but the sonoff devices (while not certified) have better isolation.

Where did you get that case? AliExpress as well?

That one was bought at the local building materials store, from the electrics aisle.

It’s just a standard gray plastic box. Took a lot of work with a dremel + a lot of hot glue to get the sockets in there.

Okay good point, it would make sense to verify that the requested action was completed. I’ll get to it one day :).

Counting from when I first deployed this relay for use, until I completed the reverse engineering, it took 7 months. On the other hand, if I had to do it again, it would only take a few minutes, now that I know how. That “Follow” feature in wireshark is pretty crucial, ain’t it.

the sonoff devices (while not certified) have better isolation

I see what you mean now. 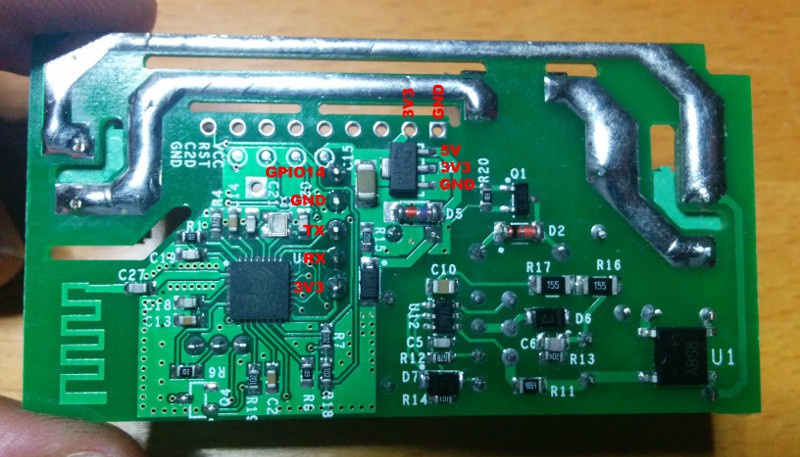 That one was bought at the local building materials store, from the electrics aisle.

Man I wish we had stores like that where I live.

I see what you mean now.

Indeed. AC power will arc very easily across FR4 PCBs compared to open air. Even such a narrow air-gap as that Sonoff Basic has will offer magnitudes more isolation despite the bare solder.

Now don’t take that to mean I think your box is going to catch fire. If the AC arcs it’s because something went wrong and the current had to go somewhere. If you want to add a bit of protection you could get some Silicone Conformal Coating and put a coat or two on the traces for the relay contacts. I have some MG Chemicals stuff that says it provides about 150KV of isolation at 0.15in thickness.

USR products seem generally well made and reliable (I have used a few gateway products) but like anything else you are at the mercy of software devs.

It’s surprising/disappointing that they don’t offer some local control standard. I note that their current 4- and 8-channel roughly equivalent products support Modbus, but they’re built around a different processor.

There is a Lonhand Development document referenced from some places, but all the links to it are dead. From here for example:
http://www.zeedless.com/shop/index.php?route=product/product&product_id=51

I have spent hours and hours trying to find it through internet archive, chinese search engines, their web sites, even put in a support request on their site, and I have absolutely nothing to show for it. No response after several months.

There’s no reference to the USR-R16-T on their site either, it’s like it never existed… although several other related files are mirrored in other places, just not the development doc.

For the time you’ve spent on it I wonder if writing new software that uses modbus wouldn’t have been easier in the end. When I get to the point where I need devices like this, that’s probably the direction I’ll go.

In hindsight, yes.
During the journey I found out there IS actually modbus software for this device. I haven’t gone that route, but that would have been my next step if I weren’t able to reverse engineer it. At this point the problem is solved for me: 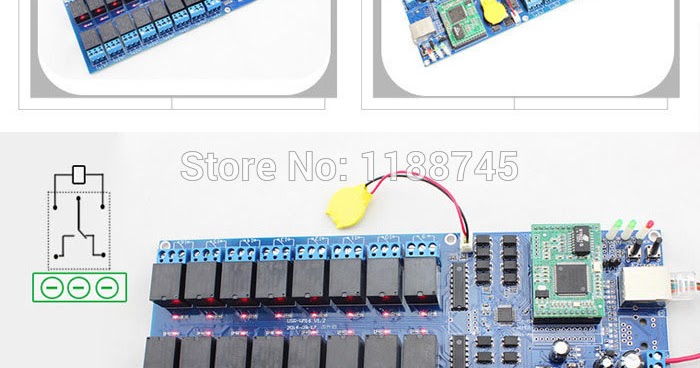 I've recieved a network controlled 16 relay board, here is the board USR-R16-T : I've found that on Aliexpress for 38€, it's working pret...

If the software is no longer available, try my own dropbox mirror of all the USR-R16-T related software I have: https://www.dropbox.com/sh/b8j1cpl185egofo/AACVP6VUB-AhoEMDGOs737haa?dl=0

…and in case the blog post is missing, here’s a copy for posterity:

That’s it, I’m done with this stupid board now.