I’m in the process of setting up OpenHAB and wondering if its possible to get the LG Music Flow speakers integrated at all?

The speakers are compatible with Google Cast so is there interest in developing a binding that can control things like the volume, source and status?

I’m currently using Plex playlists for much of the music so it could be used as a potential source.

MusicFlow support would be great indeed. I am not sure of the GoogleCast part can be used for this or this ”crazy” LG HomeChat or if there is some kind of API.
Maybe we should try to find a good contact at LG to ask for an API?
Beside controlling the volume and muting, it would also be very interesting to select the input channel and the grouping.

This would allow me to change the grouping of speakers related to the room scene. Watching TV could be deferent to listing to music etc.

I’d had a look around for a suitable API but it doesn’t seem like one has been released by LG yet. Wiresharking the data didn’t really provide any usable information either.

I mentioned GoogleCast as it’s compatible with more devices (such as chromecast and other speakers). Only downside is that it would require interaction with a server side program such as Plex.

So far I’d say it boils down to where you’re playing your music from… The LG speakers are really good if all the music is located on your phone or streamed using a Googlecast compatible app.

I’ve found the Music Flow desktop program fairly unreliable in scanning for music and streaming it to the speakers - which is where I believe Sonos is more reliable.

I use the Android app to control my Speakers. The music is either coming from a DLNA server, TuneIn Radio or from Spotify. All those sources are reliable for me.

From my point of view the MusicFlow ecosystem is currently lacking for direct support of sources like Microsoft Grove, Apple Music etc…
And even more important, an API.

Hi,
Also bought a Music Flow H4. Realy nice device. I’ll try to dig to understand how it could be hanged to OH2 - this has a very good potential from my point of view to be integrated in HA system - but clearly finding an entry point for the API seems quite hard.
Only point as of now, it answers to ping

Found some open ports (8008,8009,9876) but unable to use them for now. Also found a Music Flow (dedicated forum), will post question there. Will keep you posted…

Subject seems to progress on the LG Forum, wait and see…

Yep. Good to see that there is an open ear from LG. The official support via their website seems to be less responsive.
I guess I will open additional threads there soon to make them aware of some “bugs” I did found their products

Yes, ears seems opened, but it does not meen it will be a priority - let’s wait and see now. Thanks for having metoo’d by the way. If some other could do the same

Out of interest, what applications/protocols are people generally using to interact with their Musicflow speakers?

I came across a chromecast java api which looks like it could be adapted to read information from a chromecast device and send some commands (play, pause, volume, load media/photos). Info at https://github.com/vitalidze/chromecast-java-api-v2

Any thoughts or interest in working on this?

This is for sure interesting. But in my case I will most likely just solve a very small part of my request.
I have a MusicFlow soundbar which is connected to my TV. I guess the Chromecast part will just work in the moment you cast information to the device. But in the most cases my main device is receiving the information via the optical input from the TV or via Spotify Connect.

I tried this chromecast java API but wasn’t even able to discover my chromecast. Also information about this API is quite sparse on the internet. If somebody can confirm it is actually still working with the latest chromecast software/firmware, I could give it another try…

have you tried this: https://github.com/balloob/pychromecast

fyi, another option which I use with mine, it’s nice as it provides a command line interface. I was able to wrap it with the exec binding and create a switch that activates a specific internet streaming url. 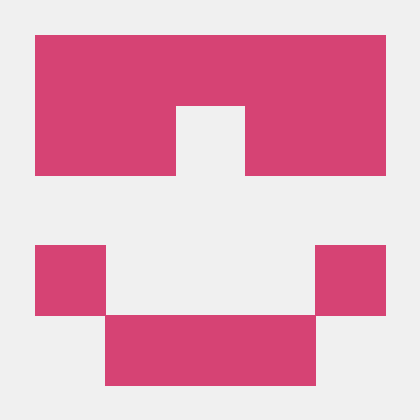