Should we collect ideas and issues in the issue tracker of your fork?
Initially I opened this up because I was missing basic item types in
imperihab. Thanks for starting to work OK it again.

I was getting updates for it in my email that I was responding too, but I guess when the forums all shifted it stopped, so didnt notice any issues, and it just kept working on my end. There were a couple of device types I needed to add, but they didnt seem common and I didnt have access to one to test them easily.

Once I have my system all setup again Ill start working through some logged issues. Need to look at persistence, can’t remember how well that worked, but I think I did have it working…

If I remember correctly, at least RRD4J persistence worked out-of-the-box with ImperiHAB and displayed quite fine in the Imperihome Android app.

Can you drop us a link for your issue tracker or do you want us to track within the upstream openhab issue tracker? 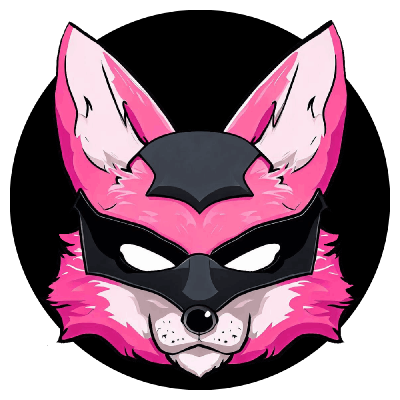 ok, I go the development environment setup for openHAB2, not openHAB1 (which is a PITA cos I was going to add a couple of things for 1.8…).

if i could get the zwave bindings to work in 2 I would switch… is there a trick to the zwave bindings, do I need a special build or something? I believe I read the binding isnt public yet and someone is working on it in private testing?

Pretty sure @chris recently released a beta version of the v2 Z-Wave binding - haven’t tried it myself, but knowing his stuff it will be pretty decent. You should be able to find it here.

The test version of the OH2 ZWave is included in the main OH2 repository and can be installed from PaperUI. If you have issues or comments, then the thread that Ben linked to is the place to go…

Is there a copy of the Imperihome binding jar available anywhere. Using Imperihome as a front end was one of the key things I was looking for in Openhab (i am migrating from Vera). I realise it’s not maintained fully at the moment - and unfortunately I don’t have the coding skills to contribute meaningfully to this effort but would love to be able to get up and running.

Here’s the current build for oh1

It’s maintained now, I’ll update it for oh2. Just as soon as I get oh2 running.

Thanks guys, thought I had to get special access to private testing Z-Wave binding. Play with it tomorrow to see if I can get oh2 running

got the zwave binding sort of working for OH2, it was detecting items, but I couldnt figure out how to configure anything or actual use those items/things.

I’m going to wait for a more polished/complete version of OH2 before moving, so until then the imperiHome addon will not work with OH2 (unless, OH2 magically allows it to work). And I can’t really make any changes in OH1 since I cant get an OH1 dev environment setup (have the OH2 one setup…).

But I promise to update it for OH2 when I upgrade. I use imperihome all the time, so for me having that connect to openHAB is a top priority. Also will look into allowing cameras through it.

Though I would post back today as the Zwave binding and OH2 is becoming more and more stable.

I decided to give the existing Impirihab binding a shot (think latest version is 1.7?) but could not get it work. I attempted by placing the binding and actions file in the addon directory and then creating an imperihab.cfg file in the services directory as well.

But attempts in the android app do not want to find and connect to the system.

If anyone else had better progress, it would be great if you could share. Or perhaps were likely stuck waiting for it to get updated.

I’m still having a hard time getting a development environment setup, I’ve had no joy at all getting 1.8 dev working in windows.

To test the service in openhab (i assume its exactly the same as in 2), use the following url

that should return a json data set if its configured correctly and running.

To test the service in openhab (i assume its exactly the same as in 2), use the following url

Yes, I gave that a try and get a 404 error of imperihab not being found. Not sure if that is me misconfiguring something, but I have added an imperihab directory and slideshow to my OH2 folder. I believe that was necessary in getting it working in OH1.

adding a imperihab directory might be the 404 error. it is not necassary to add that folder, its just a virtual path the binding resolves too. The slideshow path can be any path and is only needed if you are using the alarm panel

ab directory might be the 404 error. it is not necassary to add that folder, its just a virtual path the binding resolves too. The slideshow path can be any path and is only needed if you are using the alarm panel

HI Paul - are you saying it works for you with OH2 by adding an “imperihab” directory?
is so where did you add the directory? ( i tried creating in /conf/html without success )

i never needed to create the directory manually in 1.x.

Thanks again for your help guys.

Greg. No, I was not able to get imperihab working. I did try it with the imperihab directory inside my /opt/openhab but it did not work.

I still need to try it again without that directory and see if it makes a difference. But I’m still thinking it will likely still not work yet with OH2.

I’m actually not sure what actually needs to go into any config file in the addons folder. I made one called imperihab.cfg with the default data and their is one item in the cfg file where you set an imperihab and slideshow folder. But I think you don’t need any of these settings if your not using an alarm?

Now I’m finally able to build the addon again, I’ll update it against the latest openHAB 1 source and do a new build and see if I can get that working against openHAB 2.

I’ll report back within a week (probably sooner), theres a few things I want to fix/improve for openhab1 first (which would mean improvements for oh2 as well obviously).

@ptmuldoon - Ah ok…Re-reading your original post I see I got a bit excited!

@john Great to hear! . Do you have on your book of work to add support for DevThermostat?
http://dev.evertygo.com/api/iss
…or does it already exist? If so can you, when you can, provide an example items file section.

yup, including that in “a few things i want to fix/improve for openhab1”

Nice one - looking forward to it!