Im using one of these under my back eaves and one in my carport - they work, but they aren’t sensitive at all.

Compared to my FIbaro Eye battery operated device, these are about twice as slow and the Aeotec Multisenors are both powered off mains adapters. Using OH2 switching them on and off is very fast, its just the detection of motion is terrible.

Problems could be related to too much light directly onto them. It could also be the motion direction. A PIR works best, if you move sideways, (left to right/right to left) of the PIR. The last issue is very important for placing the PIR correctly. Make sure it detects movements sideways the best you can.

Thanks Kim, is there some kind of orientation on the sensor that indicates its sideways?

No, but it´s typical for these kinds of PIR´s.
The sentivity depends on the movement. If you go directly towards a PIR like this, it may happen, that it will never detect your movement. Just as well as if you move directly backwards.
But moving sideways infront of the PIR, it should detect your movement every time.

There are PIRs which are having a microwave sensor as well a dual sensores. These are alot better. But I have not seen any z-waves, and they´re quite expencive.

Damn! Well, my PIR is actually mounted about 1.5m from a door way, effectively you walk into the PIR when exiting the house and entering. Not much I can do about that as theres no other spots to place it

Give it a try, wave your hand, move a bit from side to side when you´re entering or leaving home… Check to see if it detects your movement everytime like this… I´m pretty sure it will, and you´ve found the reason.
There is a green light on the front of the PIR telling you when it detects.

Next step is to somehow find a better spot to place the PIR, while avoiding direct light/sunlight etc. I know this can be rather frustrating. I´m having simular problems with a PIR as well. I cant move it cause it´s wired as wel as build into a wall (in-wall)

Ill give it a go. Walking out/in so far works on most occasions, ill just test it a little more and perhaps rotate the unit a bit.

For a motion sensor take a look at this cheap device that work well.https://community.openhab.org/t/microwave-radar-motion-sensor/51456?u=h102

The detection lobe is not symmetrical. Try turning it 90 degrees. More info on aeotec web site.

There isnt anything mentioned in the manual about tihs, can you point me to where you saw info on it?

Thanks doesnt talk about the sensor being not assymetric though, ive seen this document.

That was my interpretation of this: 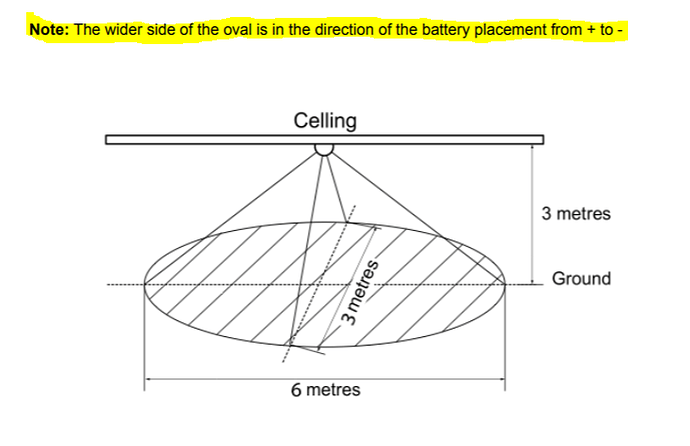 Please do and post back.
They usually respond within a day.

I´m pretty sure they´ll tell you the same I said… It is a typical behaivour of this kind of PIR´s. But I´m still interested to hear their respond. Maybe there is something different with the multisensor 6.
I have a multisensor6 as well, but it´s standing here on my right montior-speaker, because this is my little “test lab” where I test different devices

I can provoke the same “fault” if I move my hand directly towards the PIR. I can not confirm turning it 90 degrees will change anything. But at this distance it´s very hard to do a real testing regarding this matter…

It triggered this morning when the dogs went outside, they are small French Bulldogs so it works. I also made smoe other changes to sensitivity and my rules. So ill test it a bit more