Is there any way to merge blockly snippets from Rules/Scripts?

Sure, you could switch to JavaScript and merge the JavaScript code snippets, but you would sacrifice the Blockly visualization …

I would suggest adding a ‘Code’ tab to Blockly Scripts:

there is no such possibility for Blockly Scripts:

As an alternative, a third toggle button for switching to Blockly source code could be added to:

It is possible, not nice, but possible:

Create a rule, e.g this one:

GO BACK and you are back on this screen: 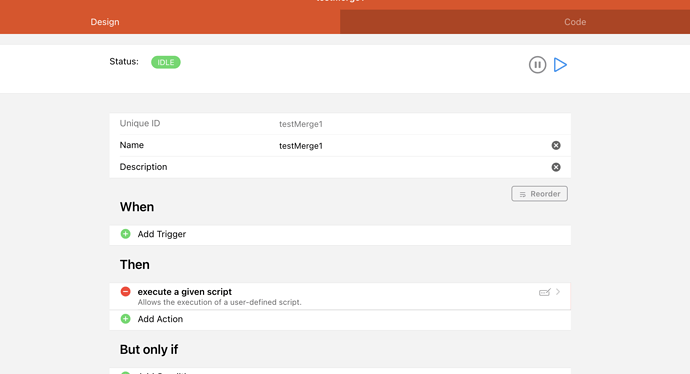 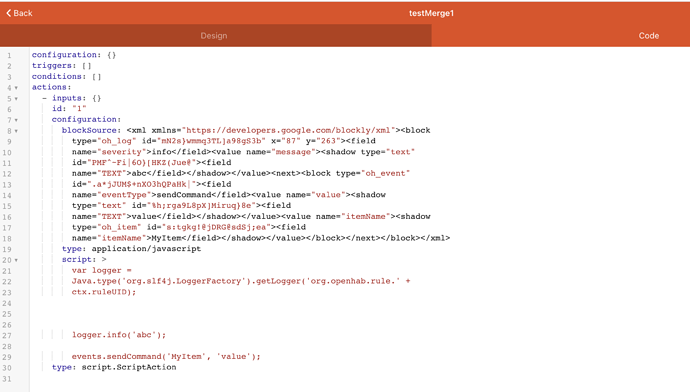 Copy the part BETWEEN

Now create a new rule, open the CODE tab as above and copy the XML into the same two xml-opening and endings.

I just tried and it works.

tl;dr
Do not use openHAB Blockly Scripts if you plan to copy part of them to Blockly scripts within openHAB Rules at a later time.

What do you mean with openHAB Blockly Scripts? I am confused… 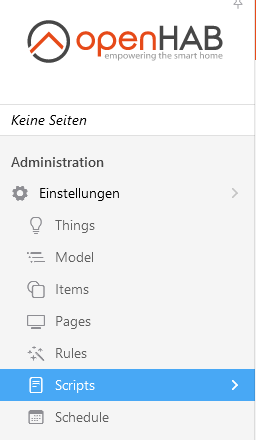 Ok, now I know what you mean. Yes, that’s true because you are missing that page. You can create a feature request for that if you like.

In the mean time, you can use the API explore to remove the “script” tag and the script will appear as a normal rule.

But this use case seems like you are looking for more of a library call. Under Developer Tools is a place where you can create Blockly Libraries which basically means creating your own blocks which can be reused in your Blockly scripts.

Also, there is the ability to call other rules. So you could create your Script (which is just a special case of a rule) and directly call that from your other rules.

You can also call one rule/script from another rule.

Your code foo can be in script C, what’s used by rule A and script B

Thanks for the suggestions.

Using API Explorer, I managed to extract the Blockly source code from my Script and paste it into the code window of my Rule. The Blocky parser/renderer doesn’t seem to like duplicate variable names (Blockly ids were different though), so I had to remove the duplicate variable from the XML code and fix the ids - it works, but it’s an error-prone mess.

@stefan.hoehn : I just stumbled over the copy&paste plugin of blockly (@blockly/plugin-cross-tab-copy-paste Demo). Maybe you already know it? What do you think about integrating it in openhab?
With this plugin you can copy&paste blocks between different tabs. Maybe even copying blocks from the marketplace could be possible in the future?

Thanks for the hint, I noted it down. That looks nice.

I am just in the midst of rewriting Blockly for the new GraalVM which we need to finish first but then I’ll have a look at it.

Quick feedback: Unfortunately it requires blockly 9.0.0 and we are still on 6.x. Upgrading is major topic as it requires other dependencies as well where I definitely need to have support from @ysc

Thanks for your quick reply. Then maybe one day… Anyway: it’s really fun with blocky and astonishing what you can realize with it. Merry Christmas!

Thanks for that - “applause feeds the hunger of the artist”

Actually it wasn’t one day but four but I hope that’s okay?

I had created a little animated gif to show it in action but it is too big to upload it here, though I can tell you it really works - unfortunately the pictures are not as impressive as if it would be shown animated: 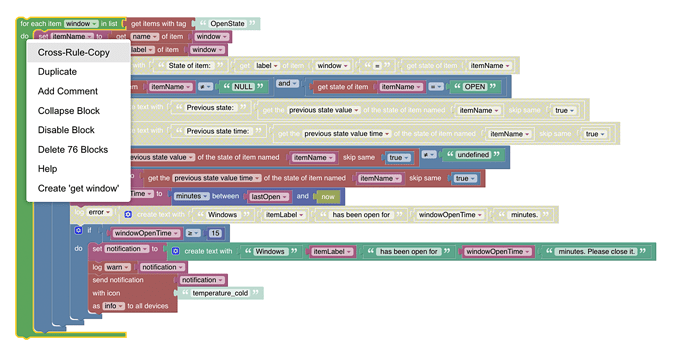 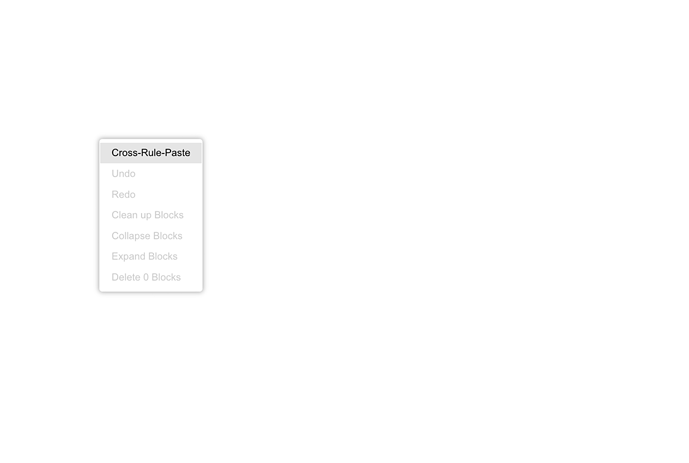 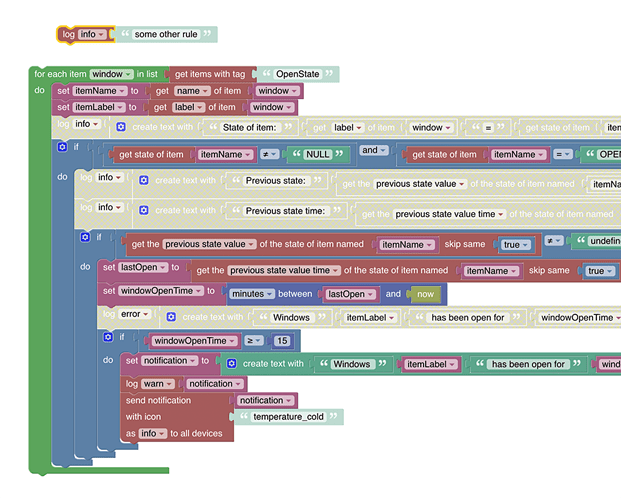 a big thx goes to @ysc who quickly helped me to upgrade blockly to the latest version (and also added support for the dark-mode).

That’s amazing! Can’t wait to use it. So this will be part of the next 4.0 milestone?

Yes, it will be. It is working on my machine already.