Is it possible to add support for Qingping CGDK2 Temp & RH Monitor Lite to MiIO? I already added the sensor and it shows as online: 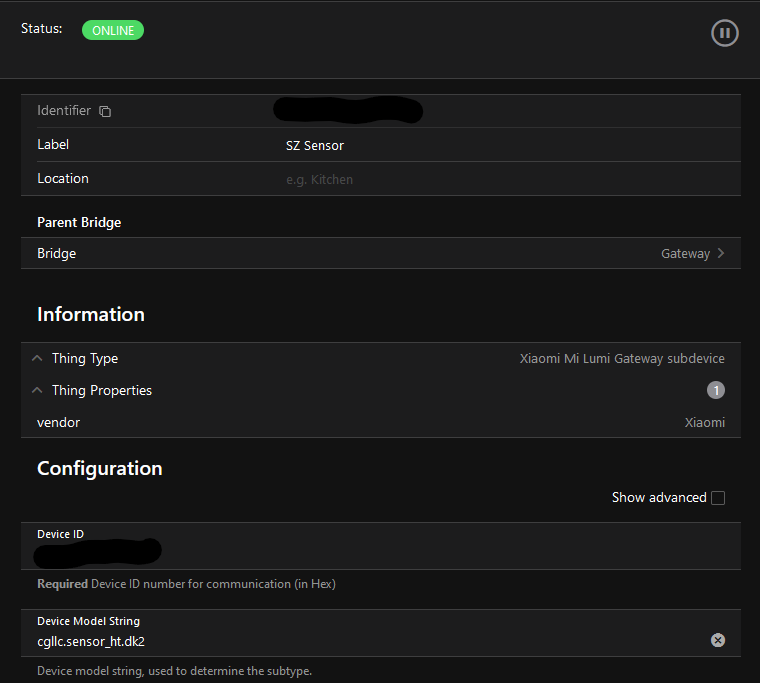 Support was added in the OpenMQTTGateway in March maybe that helps:

Unfortunately the binding version that supports this is not yet merged to the regular version.
I hope to be able to merge it prior the release of OH3.2
So it will need to wait for that.

Further we need to figure out what commands to send to pull data from it, as the openMQTT uses a very different mechanism.

Anyway… I somewhat predicted that the lumi-binding version would also work for bluetooth devices, but have not managed to practically test it. Am I assuming right that one of your devices is a bluetooth gateway (or maybe it is your regular Xiaomi gateway is having bt)?

I’m running the latest build of 3.2 and a xiaomi gateway (lumi.gateway.mgl03).

If you need any information or things tested hit me up.

As stated the device is correctly shown as online via the gateway with the data gathered from the xiaomi app with debug enabled.

As stated the device is correctly shown as online via the gateway with the data gathered from the xiaomi app with debug enabled.

You mean you made a json file for it and/or you have the commands to pull the data from the monitor while it is connected to the gateway?

No I added a lumi subdevice manually via the UI and put in the data from the debug log of the xiaomi app where you can find the device id and model string. 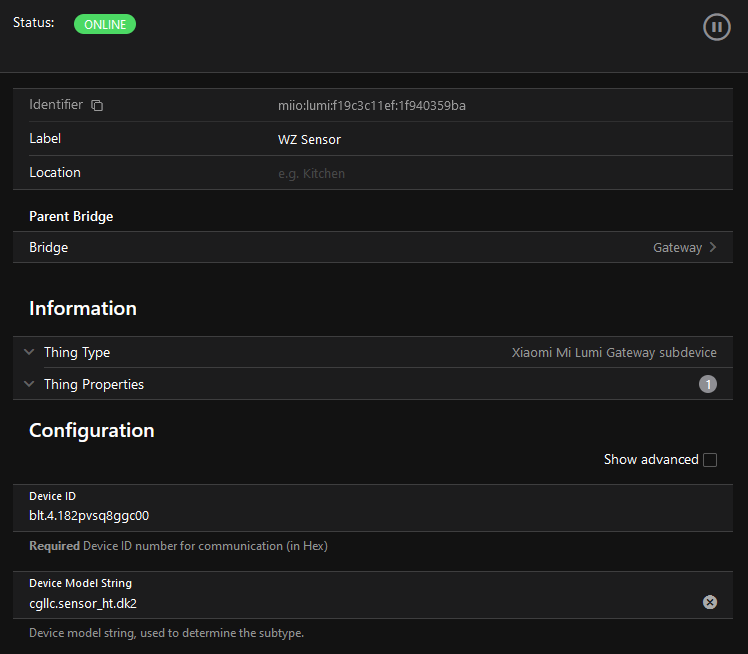 Ah, I see. Yes, you can add them (they can be discovered even if you switch the discovery mode to all).
But at the moment there is no data yet.

I have one of those as well, and did log some traffic some time back, but not yet took the time to deeply look into it. Mine does not rell work well with my bt gateway, it seems to loose connection (the graphs in the mihome app stop after a short period)

For now I did the intergation with OpenMQTTGateway rather than the binding, but once the gateway feature is properly included I’ll will take another look.

fyi, managed to get the data from the device in the mean time.
I expect the gateway functonality to be merged very soon (it unfortunately did not make the cut-off for the OH3.2 release) so than this bt project can proceed.

The oh3.2 release actually already contained some parts that were coming from the version that was created to support bt.

I’ll share the json file for testing as indeed it will be interesting if it works via the gateway the same way. as my Xiaomi powerplug with bt functionality.

Support was added in the OpenMQTTGateway in March maybe that helps:

Note that this is also supported By TheengsGateway if you want to have it running on a Raspberry Pi or Windows. Infos will be published to an MQTT broker also