Multiple graphs on a one Habpanel chart widget -- how?

In the manual Designing dashboard interfaces with HABPanel | openHAB 2 I see that several graphs could be shown on the same widget: 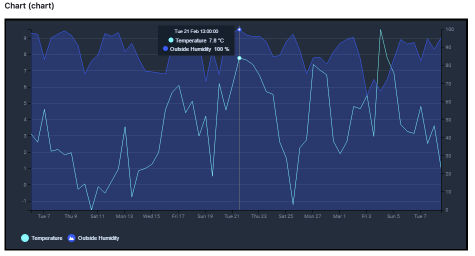 How do I do that? In my instance it’s just a combobox, no way to select multiple sources: 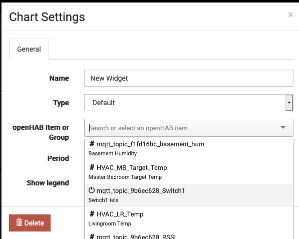 I have the same query, but in OH3… Did the multi-chart functionality get moved? or removed? (I did have it working in OH2, but have lost that config for the moment due to an SD card failure)

Re-Asking the same question. Within OH2 I was using Grafana embedded into a Habpanel frame. Then my SD card got corrupted (likely because of much InfluxDB SD card activity). After setting up a clean new OH3 installation i’d like to go with OH3-only means for persisting and visualizing data.

For a photovoltaics-chart I’d like to add the classical “load” and “PV production” data to one chart.
Does anyone have a hint on how to configure this within the Habpanel 3.0.2 chart widget?

I found out how in the default graphs. You create a group. And graph the group. It’s a bit of a ‘mare because for some reason it seems to keep the data separately (i.e. Add a device to the group today that’ been there for a year and only see data from today), but it works.

What I would recommend for you however is run on sandisk extreme cards (White ones). They’re actually warranted for running an OS like RPi on them. While the normal ones are not. They’re about 50% more expensive. But you don’t need to run through many to make it worthwhile.

I also moved my database off to my NAS… 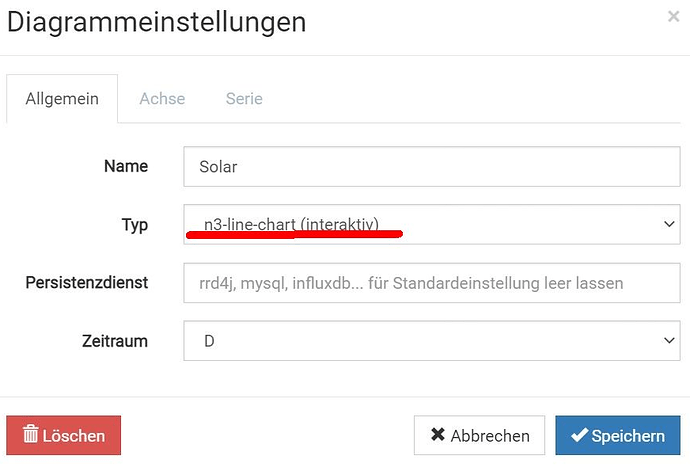 then enter the items 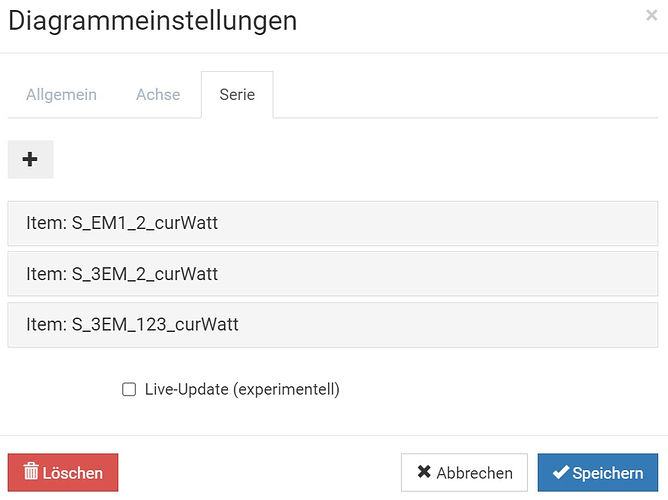 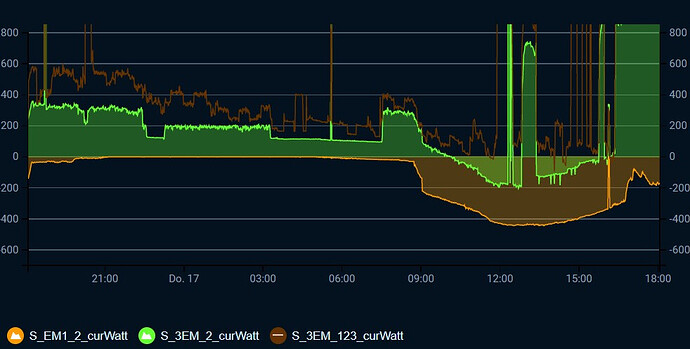 Big thanks, exactly what I needed as hint!

To complete the picture: Is there a chance to name the two Y-Axis?

CORRECTION: “kW” in the picture should be “W” 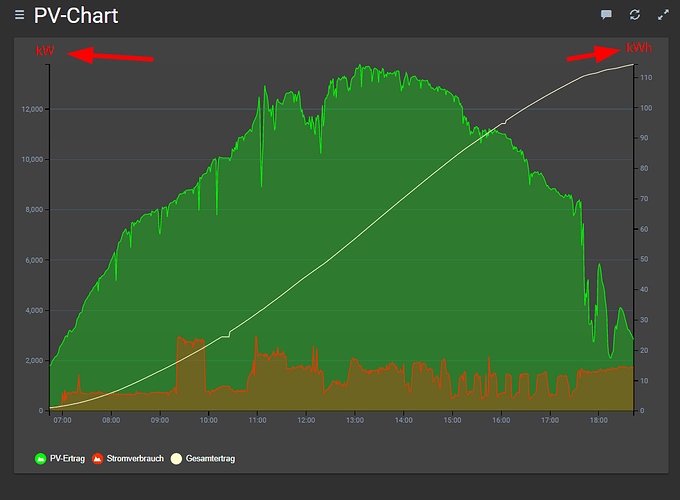