According to java -version I have the following version installed:

I don’t remember exactly how I installed it, but I assume it was via apt-get. So I thought this will be automatically updated with apt-get update && apt-get upgrade. Isn’t this the newest version? And if not, how can it be manually updated?

Got it updated to 1.8.0_101-b13 and now it seems to work again. I still get some weird java error in my log, but this seems to be because of an uninitialized item.

I just pushed an e-mail to all my.openHAB users describing the problem and possible ways to sort it out. You can either upgrade to the latest 1.8 or add letsencrypt.org certs to Java keystore manually using keytool.

How did you finally get the update?

@Roy, I followed the instructions at the link below and now it works on my RPi 2. 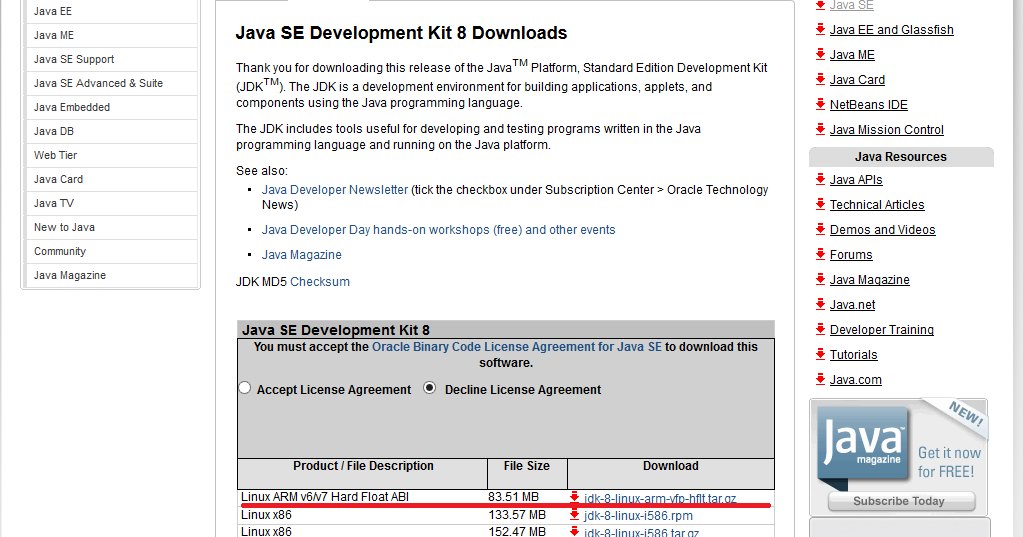 I simply installed the newest version according to Udo’s posting (#20) in this thread:

I did -almost- the same, but used the WebUpd8 installer in @Udo_Hartmann link to get automated java updates in the future (I wasn’t aware that this is not done automatically through apt-get update/upgrade on a Raspbian Jessie installation on a Raspberry Pi), but you have to make a slight change to the tutorial: instead of su - use sudo su:

Yes, in my case too a reboot was necessary, thanks.

Thanks for the link, all up and working again.

hey there
i had java 1.8.0 on my pi2 before already
but still my.openhab stays offline

When you put java -version in to the terminal what version is it saying you have?

and then reboot and you should be good to go.

I have updated Java as per normal Mac reminders, and get the following when I run ‘java -version’:

I also downloaded JDK 1.8 from Oracle site and installed it, and I rebooted the Mac. But my iOS app can still not get the sitemap remotely, where it was working previously. I can get it on the same phone if I go to http://my.openhab.org/openhab.app.

Any ideas for Mac?

I think it is the iPhone app, because I have the same issue and my OpenHab is on a Windows box. After I updated Java it works on the browser but the app still fails.

Does it work if you select “ignore SSL certificates” in the settings of the iOS app?

I just updated Java according to the WebUpd8 method.
But now my IHC binding dosen’t work

Anybody how can guide me how to remove the newest java version again?