NEO, Problem to get sensor alarm after upgrade to 3.1.0, upgrade works but not to readd sensors

Problem with neo Door/window sensors after upgrade to OpenHab 3.
I had been running Openhab 2.4 when installing my zwave sensors.
Had some minor speed bumps but not any big issues
For some weeks ago I upgraded to OpenHab 3.1.0 and it went quite smooth.

Now one of Neo Door sensor stopped working and I thought it was out of battery. It was on the most used door in our home

Put in a new battery and connect it to the Openhab.
But I can’t get any notification for the sensor.
I can see that the diod is flashing on the sensors.

Turned on debug but cant see any thing in the log when opening the door.

Tried to exclude and include again. Did not get it to work
Tried different way but no luck.

Thought the sensor was broken so I tried another working sensor.

After excluding and include it, no notification was seen in the log.
I have tried to look in the forum but no luck. Issues with Neo sensor but not like this

It seems that for some reason when adding the sensor that its not complete so the sensor doesn’t know what to do when doors is opening.Could my installation be corrupted? Need some advice before reinstalling. 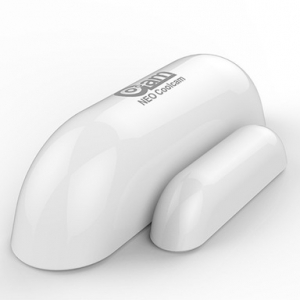 Log med debug on.
https://drive.google.com/file/d/1Alu8lE4xQ1GMdTPWGjw1vhc2co6NFvmQ/view?usp=sharing
Node 41 was the last try.

It looks to me that the device is not fully configured. Also, for some reason only one Configuration command is getting through per each wake-up, so this could take awhile. Also the wakeup node and interval are not set yet, so you will need to manually aware the device (using the protocol in the manual for wake-up). Try it every 30 seconds until you get five lines on the Ui page.

Thank you. For seeing that in the log.
After forcing the sensor to sync with the system I manged to get the second sensor back in business again.
The first sensor would not sync even when I forced it, so I assume that is broken.