Hello, I’m new to openHAB as well as little/no knowledge with programming, however I’m not afraid to learn.
I am building a new home and looking to do home automation and whole home a/v. I’ve landed on openHAB for a couple of reasons, poor internet service due to our location and I don’t want to pay service fees to companies for services that I will likely be unhappy with.

So I’m looking for recommendations. I plan to start building my network and a/v system little by little as the house is being built. I will be wiring everything myself and installing everything myself. At this time I know I will have a dedicated media/network closet, a whole home audio setup, security cameras, lighting controls, etc. I have purchased a few “smart” devices to start practicing with openHAB and try to get familiar with everything before it’s time to go live in the new house. Currently have a Nest thermostat, August door lock, LifX light, and some smart plugs.
I’m open to any brands but getting things to work without the cloud is important due to poor internet. We have a local company that’s called Whisper, sort of a satellite/cell hybrid internet.

What’s working best for you guys?

While OH can integrate with some audio stuff (Sonos, Kodi, Plex, Chromecast, Squeezbox, Spotify, etc) OH is not a media control center. You can set up some static things like play X playlist but it is not going to let you create said playlist, for instance.

Whole home audio has never been that big of a deal to me. I mainly have a Google Home Hub in a group with a Chromecast Audio for audio control on the main floor. My needs are simple and this fits the bill both in cost and capability.

I use a combination of Zwave, Sonoff Basics, and just yesterday I added a Shelly1. I’m in a preexisting home so wireless is the name of the game. I can’t afford to run wires all over the place. It is also important to me that when all the automation goes down the light switches still work. So I avoid smart bulbs and I make sure that all my light switches can work as dumb switches when necessary. I primarily use the Sonoffs as temporary lighting control, like Christmas lighting.

If you are building new, consider wired technologies. They will always be more reliable and might be cheaper. Definitely run lots and lots of cat-6 or better. I’d put at least one strand on each and every wall, maybe two or three, one for home auto, one for network, and one for sensors/power. Also run them to all exterior windows and doors so you can use wired reed and vibration sensors.

The only reason I have anything at all is because the previous owner had an ADT system installed. When they left ADT took the controller but left the sensors in place. I just hooked up an RPi to the reed sensors for the exterior doors. The vibration and window sensors appear to need 5v so I haven’t tried to get them hooked up yet (RPi GPIO needs 3.5v). But I mainly use these senors as reminders (Hey! You left the door open!). When it gets cold, the sensors go nuts sometimes so I can’t rely on it for a true intrusion alarm.

There is an IP Camera binding and some have integrated OH with third party CCTV systems like Shinobi, ZoneMinder, and BlueIris. But OH is primarily a consumer of events, not a CCTV system. So basically you will be able to view a stream on your OH UIs and receive motion events.

I just put in a Nest doorbell but I haven’t spent the time to figure out how/if it can be integrated with Shinobi and then to OH. I also have a Raspicam in the garage I use to check on the garage door.

Completely DIY based on an RPi. Were it not for the before mentioned RAspicam I’d put it on an ESP8266 instead. I still might someday. It consists of an RPi, two reed senors on the doors, and wired GPIO pins to the wall buttons. When the script I have running on it receives an MQTT message, it simulates a button press and the door opens.

I already had the RPi so it ended up costing < $20. It was my first automation project and I’m pretty happy with it.

We have simplified in the extreme. Music is controlled by voice through Google Assistant. The TV has a Roku and we just have the Roku remote with a Sideclick (to control volume and turn on/off the TV). I have no automatons around watching the TV.

It sounds like you are thinking about it right. Start small and build up. You will make mistakes as you go. Don’t be afraid to change course when what you are doing doesn’t work.

Think about the failure cases as well. How will the system work (or not) if OH fails? Power outage? Network outage? I’m strong advocate for the Mitch Hedberg joke as a home automation philosophy.

We are living in a rental apartment, so WIFI everywhere it is…love the ORBI router…(concrete walls and ceilings and we are living on three levels)

We are using squeezebox (Logitech Media Server) on 6 players throughout the house, mostly all sync’ed up. You will need players, and as they are not longer produced, this means raspberries, a DAC and amp for all. There are several software solutions to turn a RPI into a squeezebox player. Typically a very solid system, the original UI looks a little outdated (there is an app for that too), but does all we want, and it is opensource. For my own entertainment and for encapsulation, I am running LMS in a VM on a NUC5i3 (OH runs in another VM). You can run it on a RPI too (LMS also connects easily to your NAS).

We have Philipps Hue, TradFri, Shelly bulbs (via MQTT) and some WIFI plugs for other lamps. My favorite is Philipps Hue: simple, easy, super robust (but expensive)…the others are much cheaper, don’t work as well (TradFri) and are a little more peculiar at times. All come with apps and hubs (Hue and TradFri) that allow local use if the internet is down. (and of course, I still have the wall switches…rental apartment…)

). iCloud integration seems to work nicely for presence detection. Also added some DIY sensors based on ESP8266 and MQTT.

Thank you for the in depth response. I should have mentioned in my post that I originally was looking into something like Control4 so having similar control is what I’m hoping for. I will have to do research to keep up with all the abbreviations on equipment and programming lingo. I’ve found a few whole home audio systems that have their own app controls so worst case I figure I can have a tablet that runs OH as well as other apps to cover everything. However I’m hoping to integrate as much as possible into one localized system.

I love Mitch Hedburg!!! I was planning on using “smart” switches which from my understanding will work manually even if the network is down. But my plans are to have a dedicated network with battery backups to keep everything working as much as possible. The only real weak link will be the internet service, so having a system that can operate on it’s own without internet connectivity is the goal.

I plan on running Cat6 everywhere and anywhere. It seems to be the recommended wire for almost everything, kind of a do all wire. Multiple runs to TV locations, audio controls, computer locations, security locations, etc.

Again I appreciate any and all feedback. I know this will be a long sometimes painful journey but we are building our “dream home” so I want to plan for as much as possible.

I have a Russound controller feeding 5 areas of the house/screened porch/patio, for which I’ve written some custom rules to control it and my squeezebox piCorePlayers, which I use to stream music from local and remote sources. I also use this infrastructure for spoken announcements, as well.

I have about a hundred zwave devices for lighting, motion detection, environmental sensors, etc.

I use Zoneminder for all my IP cams, some of which are in continuous record mode with others triggered by motion. My Doorbird doorbell video also is fed into Zoneminder, so I get all my camera feeds in one place.

Globalcache devices for serial and IR control of AV devices.

You didn’t ask about HVAC, but I’ll answer anyway… I use Ecobees and BigAssFans.

I plan on running Cat6 everywhere and anywhere. It seems to be the recommended wire for almost everything, kind of a do all wire. Multiple runs to TV locations, audio controls, computer locations, security locations, etc.

Don’t forget the Cat6 can come in handy for running PoE to your WiFi access points. I have Unifi WiFi access points indoors and outdoors, all of which are powered over ethernet cables. Note that you also can use the Unifi wireless infrastructure to do presence detection using your smartphones.

I love Mitch Hedburg!!! I was planning on using “smart” switches which from my understanding will work manually even if the network is down.

Yep. That is why I use switches instead of bulbs. Of course, if you are like Lipp, you don’t have much of a choice. We all have our own constraints and requirements.

Great to hear, I have just done this myself over many years as I am also doing the actual build of the house myself as well. Almost every trade. A tip is that AV equipment keeps changing the cables way too often. HDMI keeps getting a new revision for example so to future proof make sure you have an easy way to pull new cables between AV gear locations, and plan for cables with big connectors on the end. CATx is not good enough when it comes to uncompressed 4k 3d video streams so anywhere you wish to carry video signals have a second think about the future.

Weather station that does not need a cloud and gives data at 15 second intervals direct to Openhab: 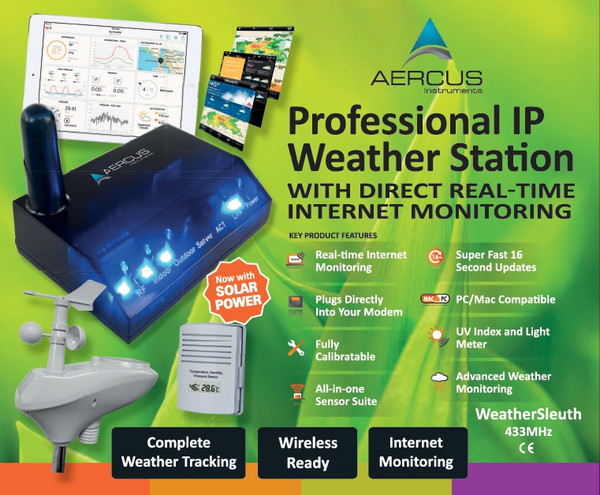 The WS3083 Professional Weather Station is Australia's first affordable weather station to incorporate UV and Light measurements. Incorporating all the features of other complete stations the WS3083 sets the standard.

Also sold with different frequencies under many different brands like Ambient weather. Look for any brand that has this ugly box.
https://www.ambientweather.com/amobserverip.html