New to openHAB, should I go directly to v2?

I’m new to home automation and after some tests (Domoticz, Home-Assistant, etc…), I decided to go with openHAB. It’s the ugliest of all, but configuration flexibility win (looking at mid/long term).

I’ve tried to search for an answer, but could not find any.

I have v1 running on FreeNAS jail and I was wondering before going to far on it, should I start directly on v2? I will use only (for now) MQTT with ESP8266/Arduino.

From someone who just started, if you are comfortable with doing sitemap files and such via text then you can go to OH2.

For someone (like me) who this is their first foray into Linux and is by no means a programmer… having Habmin have the ability to build site files was/is mandatory. I tried to do OH2 but was in over my head.

Tl:dr: OH2 is stable enough for daily use but with a lot more hands on work than OH1.

I’m running the V1 since one year now and I’m very satisfied with it. I’m using MQTT + Arduino/ATMega328p and mainly 433Mhz RF communication as my main wireless communication system.
Regarding the V2 I’m waiting for it to be released officialy, I’m not seing the need at this time to go for it. If a friend asked me with some technical IT skills I will advice him to go for the V1 as I’m sure of what he can expect.

Regarding the sexyness of OpenHAB indeed the standard UI is not so good, nevertheless there is some interesting approach on dashboard like HABPanel

Hi, I just wanted to let you know about the web dashboard project I've been hacking for the last few weeks, it began as a private project but I've decided to share it anyway in case others would be interested. I know it's similar to the quite popular Dashing-based project, I tried it and I think it's very nice, and I don't see it as "competition" because my needs were different.. I wanted the last possible maintenance on the server side, so I put my modest AngularJS skills to use to find out if …


and a sexy android app (not open source) 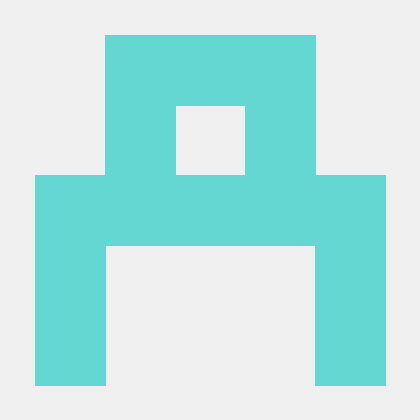 I’m not using habmin for now (might not use it at all).

Thanks for the suggestions, I’ll look into habpanel and that android app.

I spent a few months figuring out openHAB1.7 before moving to the OH2 beta and haven’t looked back.

Almost all of the 1.x info is applicable to getting things working in OH2, but not everything.

OH2 is the future and will grow in development, so if what you want to do can be done now, I would go with it. The stability is there, it’s just whether the bindings you need to use are in OH2 now. You’d said you’re only looking to use MQTT right now, and i’ve got that running with OwnTracks so can confirm that works with OH2.

The nightly builds are pretty solid too if you want to get the latest revisions of everything (I would, the beta is very old now).

OH1 is better documented - and almost all the exampels you find on the net are based on OH1. For the first set-up it will be easier to go OH1. Get used to it, see that everything works and then make a move to OH2. It will be only a matter of copying the config files.

Okay, so I switched to OH2 (OH1 still in place, in case of) and what moskovskiy82 is the worse problem.

While everything is working “fine” and as the same as OH1 (i.e.: You could just copy all .items, .sitemaps, .rules, … and it will work) some of the stuff are a bit confused. For example, when you are adding a new “persistant binding” it’s a click-install. So you expect to have it “working”, but then, you need to edit the file and add persistant rules (like before in fact, just not at the same place). Some undocumented stuff is really confusing, like Right now, I’m not sure how to change the keystore for SSL. When I tried to edit the jetty.xml with my file, I got error that the key authenfication failed… not sure why.

I’m using FreeNAS, so I add to do some “things” to make it work ('I’ll create another topic on that).

I’m running the latest stable version of Freenas and was hoping you could give me some pointers on how to install openHab v1?

I’m a bit of a newbie when it comes to freenas / linux etc, windows and a bit of coding I’m fine with. I will be using it with a newly ordered Amazon Echo and a lightwave RF based light switch with a arduino coded 933 transceiver