openHAB crashing with out of memory exception (Sonos, 1.7.1)

I spend endless hours, trying to workaround the Sonos bugs and was never sucessful. Finally I removed the sonos binding and am controlling the sonos speakers via php scripts that are call via http puts.
But if you are Java programmer, you may have more powerful possibilities.

Since then all my memory overflows are gone. Before that I had a crash every 24-48 hours.

@martin_klimke Yes, it is frustrating. I have two more Sonos devices arriving today. I’m a little concerned it will aggravate the memory/threading issue. What types of capabilities do you have with the external scripts? Can you control volume, get the current track, etc? In general, how do the capabilities compare with the binding (assuming there was no memory leak)?

In openHAB 2.0 / ESH, the SONOS binding uses jUPnP, which is a fork of cling 2.0.It might be worth to try refactoring the SONOS 1.x binding to use JUPnP as well.

@hmerk I’ve been able to compile the Sonos binding with the forked jupnp. I’ve started doing some testing and it’s updating my Sonos test item, so that’s encouraging.

I can control volume, play back sound files and start a radio station.
I cannot get anything back from the sonos.
This is a disadvantageous because I cannot read out the volume and therefore I cannot really restore the state the sonos speaker had before I had applied a command.

I have been using the Sonos binding for some time but with the V1.7.1 it made my Openhab installation very unstable. Openhab was crashing in 24 h, and therefore I had to remove the binding. I started to look for an alternative solution and found a solution based on a PHP script. http://homematic-forum.de/forum/viewtopic.php?f=26&t=4693 (unfortunately the description is in German but I guess it is understandable and the use is pretty straight forward.) The pros: it is stable The cons: …

So if you have good results with the forked Jupnp, I would be interested in trying it.

Testing is going well. It appears that the binding is working with the openhab jupnp library fork.

There are still quirks that probably are related to the binding implementation itself.

The good news is that the binding seems to work about as well as it did before the jupnp upgrade and now the OutOfMemoryError should be avoided because the UPNP task queue is bounded. I’m going to update my primary openHAB installation and run with the updated implementation for several days to see what happens.

With the older implementation my openHAB crashed again. Unfortunately, the HeapDumpOnOutOfMemoryError did not work (I’ve seen info online that this happens sometimes). However, the hotspot log file shows that there were 4000+ Cling (UNPNP) threads at the time the JVM crashed. I’ve set another tripwire with a rule that’s monitoring the thread count via JMX and will manually dump the heap if the thread count crosses a threshold. This analysis is somewhat low priority since moving to the new library should fix the memory problem anyway.

This is really great news.
Aside the Upnp bug, the sonos binding is buggy as such. I have noticed this as well.
But these bugs are not really show stoppers as it was the case with the old upnp stack.

If you have completed testing will you publish your bug fix?

Good job Steve. I encourage you to share a downloadable jar for others to beta-test in parallel, this way we can have a more solid testing period and hopefully more feedback on potential bugs

Depending on how problematic this it - I have been using a Sonos json api for about one year which works faultlessly. I’ve not tried it using Openhab but I use it with Openremote which is very similar. You can even do text to speech directly from a http post which is quite fun. 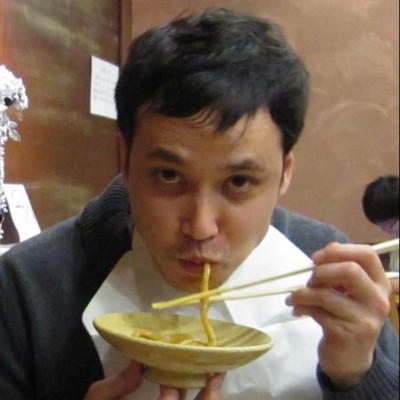 node-sonos-http-api - An HTTP API bridge for Sonos easing automation. Hostable on any node.js capable device, like a raspberry pi or similar.

I’ll do this once I have a stable set of modifications. I did some initial testing and although the thread creation issue was gone, I saw many NullPointerExceptions in my logs because the binding doesn’t check for nulls if an existing service becomes unavailable. I’m adding guards for those conditions and then I’ll retest. I’m also learning about the details in UPnP. Hopefully I’ll something for others to try by the end of the weekend.

Interesting. It could be helpful to see a different implementation to get ideas for solve problems with the openHAB Java binding.

If someone would like to test the modified Sonos binding, you can get the jar here:

I’ve been running it for 2 days now and it seems stable.

HI Steve,
Great, I will test it starting on Friday because I have no access to my computer until then.
If would be great if you post whether the binding is running stable in your installation until this date.

I have meanwhile installed the binding.
My experience so far.

Do you have the SystemInfo binding installed? If so, you can monitor the virtual memory usage of the openHAB process. With the old version of binding there would be significant jumps in the virtual memory consumption (because of large numbers of active threads) which eventually would exceed the heap size limits.

Can you translate those fatal error messages into English?

I haven’t seen any fatal messages so far, but I haven’t been exercising the playlist commands much.

when issuing the playlist command I am also getting those error messages but the command is not executed.

Could the playlist behavior be related to this issue? Sonos binding: can’t start a playlist when there is no ‘active’ queue.. I also found that some of the controls didn’t work when the devices were grouped and the command was not sent to the group coordinator.

I ran the German error message though Google translate and it was translated as “Premature end of file”. I’ll look in my logs to see if I find anything that might be related.

Hi Steve,
“vorzeitiges Dateiende” means “premature end of file”.
For sure I did not enter this into any part of the system which is under my control.

With respect of sysinfo: I was never able to operate sysinfo under windows. 2 years ago I tried and it always crashed my machine.
You are probably using Linux as your OS, are you?

Also an additional finding which is probably a kind of legacy error of the old binding.
When changing the radio station with the Sonos App (not via Openhab), this change is not reflected in the related item.

with respect of the playlist error.
The bug you are pointing to is exactly what is happening to me.

The song in the playlists are entered into the queue but the radio which was used before is played.

The workaround for the later bug is to firstly play a mp3 file with sonos and then switch to the playlist.

Bad news. Although the thread creation issue is gone, something is still occasionally trying to create large quantities of tasks. When the task queue overflows, a warning is logged by the jupnp layer for each item that cannot be put into the queue. I was lucky it stopped before the log filled my disk (it was close).

I don’t recommend using this binding with or without the jupnp changes. It has some serious stability issues. Hopefully, the OH2 version of the binding is better. Has anybody here had a chance to use it?

I did not really give the OH2 version a try, but since it was moved over to be an ESH bundle now, I guess it was tested very well.