All, we had several discussions in the past (like this one) around refreshing the openHAB logo design, which is currently rather following glossy design lines, while some people claim that all has to be flat design nowadays.

We have this logo since more than 5 years in place now, so I would tend to say that it is ok to go for an update. Imho it should be a visual update, but following the current concept of an @ combined with a house, probably also with similar colors as today - people should still be able to easily recognise openHAB.

But before we go into discussions about how a new logo should in detail look like, I’d like to check with the community (YOU!) whether you at all support such an ambition - so let’s vote!

IMO the logo does not look yesterdayish as well as it is, from my point of view, preferable not to change a logo every 2 years just because everyone is doing it

And yes, of course - what counts is the functionality (+ usability). There are probably quite a few things preventing many people from using openHAB, but I’m sure the logo is no such thing.

I think the current logo is fine.
But I am also a big fan of googles flat material design.

So I would like a new “fresh” logo.
But like you wrote in the poll, “Don’t spend much time on it”.

I think it wouldn’t harm if a few “hobby graphic designers” would come up with some ideas and we will see if there is a better logo among them.

To me the logo looks like an old iOS app icon. The android app (https://raw.githubusercontent.com/openhab/openhab.android/master/mobile/src/main/res/drawable-xxxhdpi/openhabicon_material.png) and http://docs.openhab.org/ already got an update to the icon, so I think we should update the logo.
Two quickly created drafts:

Note that we cannot use the exact same icon for everything. There are different design guidlines on different platforms 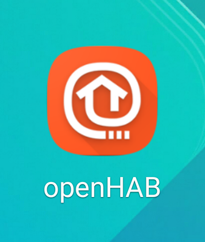 I think a Logo with explicit Background is in general an improvement. 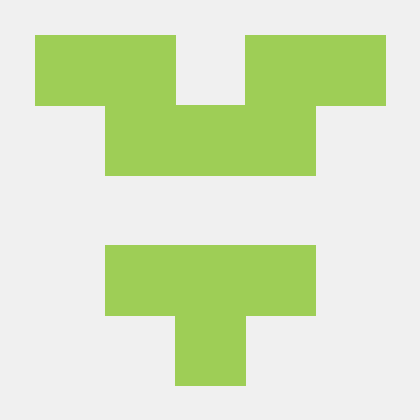 Seems that transparent backgrounds are still sometimes a problem,
even in 2017.

It’s very clean and I like the font choices. In my opinion, I’m just not sure that a drastic change in logo icon is necessary.

For certain though, the HAB in openHAB needs to be capitalised. It’s an acronym that stands for “Home Automation Bus”

It would be no good to design a new logo. The openHAB logo is great and the used font is also unique, modern with it’s own character. Nothing to change here. But the use of colors needs a little retouching in an “evolutionary style”. Stick to the form of the logo, the font and the colors. Everything else would be a rebrand, that I would try to avoid at all cost. 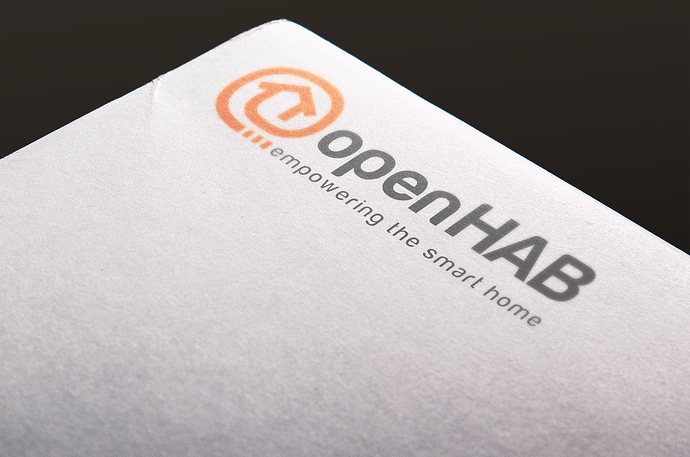 You beat me to it, I really like the look of that!, meanwhile I was trying something similar but yours has the better effect (I don’t have any fonts suitable for logos):

Fun fact: When I was looking for smarthome solutions I thought i’d better try all the open source solutions, I tried openHAB first simply because the logo was orange (my favourite colour).

In the end it turned out to be the best solution for me regardless of logo though.

@pmpkk I love the color scheme

@normaniac Nice!
It might be controversial, but how about removing those three rectangles / dots from the bottom?

I also really like the “muted” oragne color that’s visible in the screenshot from @Dim.
Looks more sleek IMO.

Just my 3 cents.
Lots of creativity in this thread!

I tried to remove the dots in favor of a straight line underneath the logo. Not sure about it, could look like that:

Alright, maybe my proposal was a bit too drastic

How about a little more evolution? I personally think that the current icon (house with bow) looks a bit dated. But, design is a matter of taste, so nobody should be offended.

Any version with orange?

I like the current logo shape but I am also a fan of the material design:
(of course… with orange color

I got these samples from: icon8

I really like the idea of having a background with some pattern, not only pure orange