Has anyone out there gotten their raspberry pi3 to run off a ssd?. I have been looking into the pidrive boards. I also have a USB to ssd adapter but not sure if I can move a running system to this or even how to do it. Anyone got any tips or tutorials?

All you need is in here:

Hi guys, as there are ongoing discussions about the reliability of SD cards with RPi also in this forum, some might be happy to read this: https://www.raspberrypi.org/blog/pi-3-booting-part-i-usb-mass-storage-boot/ With this "update", it's possible to use USB sticks or even SSD devices (in USB cases) for booting your RPi3 (does only work with RPi3, not Gen.1 nor 2). This should make openHAB even more stable! I haven't tried this yet, but as it comes directly from the raspberry foundation… 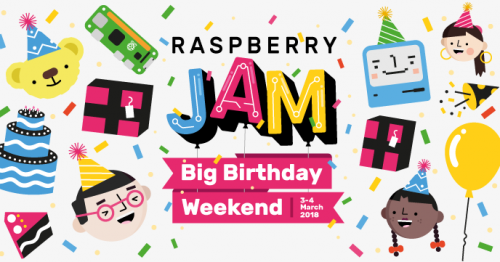 
Follow it step by step, works great (even from cheap, old usb sticks

Awesome! Thanks for the tip. I searched the forums but hadnt seen that.What type of USB SSD hdd are you using? 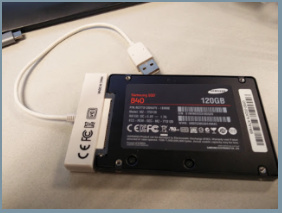 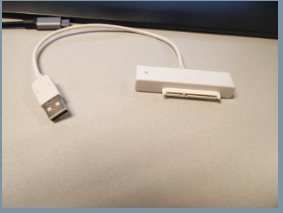 I am trying to understand: Does a SSD has any kind of advantages over an USB stick? Sure, a SSD in general is faster, but as it is connected via USB and as the RPi3 only has USB2.0, does this make ANY difference?

From my understanding a ssd can handle more reads and writes that a SD card or a usb flash drive. There are some special usb sticks that were designed for high read writes for microsofts windows to go product which is a full blown bootable windows enterprise image.

What type of USB SSD hdd are you using?

Does a SSD has any kind of advantages over an USB stick?

There are many discussions on the web, one of the best summary I could find is this one:

What's the technical difference between a flash drive and an SSD?

In addition to what has already been said, in endurance tests these SSD drives tend to last over 100TB of writes before dying. The typical user writes about 1 TB in a year so an SSD will last roughly 100 years for a typical user. OH, even with trace logging and loads of persistence, is not going to write that much more than a typical user does day-to-day.

The SSD Endurance Experiment: They're all dead

What does Gloria Gaynor have to do with solid-state drives? You'll have to read the final chapter in our SSD Endurance Experiment to find out. After 18 months of testing, the last of six drives is finally dead.

I can’t find the article right now, but even in tests in data centers, SSDs tend to last as long or longer than HDs.

The technology difference in the article @sihui posted makes a huge difference.

For anecdote, I’ve been running all of my servers (openHAB, Mosquitto, Zoneminder, Calibre, OpenVPN, SSHD, nginx, InfluxDB, Grafana, Gogs, OpnSence and many more) for years on an already old SSD. I expect to continue to run for many more.

I’m running openhabian I haven’t tried to move this to a ssd yet. Has anyone moved their openhabian install? Anything specific to that image that is different from Raspbian?

I’m also running openhabian on my PI2 from an external SSD after trashing a SD-card.
I’m using this ORICO external case with an old Samsung 64GB SSD.

The good thing is that I don’t need an external powersupply, the ssd is running fine with usb-power from the PI. Dont forget to set max_usb_current=1 in /boot/config.txt.

I’m beginning to think this might be a good candidate for a step-by-step tutorial (maybe two, one for Pi 3 and one for Pi 2) in the Tutorials and Examples section. Is someone who has done this (@sihui?, @peter_juenger?) willing to write something up? It wouldn’t take much I suspect since the bulk of the steps would be references to other existing tutorials. This separate and easy to find thread can then be referenced when this topic inevitably comes up again.

Is someone who has done this (@sihui?, @peter_juenger?) willing to write something up?

No problem, I have some spare time at the weekend and will do the write up then.
Edit: for the Pi3

Hi, fairly new here as I am discovering Openhab, but long time Home Automation hobbyist. Also as a disclaimer, I only have a basic working knowledge of Linux and some of the programming methods used with Openhab. Basically, just enough to be dangerous.

My experience, with an RPi2, booting up from a micro SD card and passing the rest to a USB drive wasn’t that successful. I was able to get everything working fine and didn’t see any issues for a while, but the day that I decided to add an Aeon Labs Z-Wave stick, my whole system came to a halt and froze. I had to go back and redo everything and stay on my SD card. Looking forward to trying the boot to USB, I just ordered a Pi3 for that purpose.

Your mileage may vary and you may have a different method that I used (found mine on the web as part of an XBMC tutorial) but at least wanted to let you know of my experience.

I am also running zwave off a aeon labs 2nd gen zstick. Hope that doesnt cause an issue with booting from ssd.

Hope that doesnt cause an issue with booting from ssd.

@bernieb 's experience is from a Pi2, booting from sd, running on a ssd.
A Pi3 does not boot from sd (if configured), it boots from usb ssd …

@rikoshak: as suggested, I’ve done a short step by step tutorial for the Pi2 here

Will this work on the raspberry pi 3 as well? Or would there be any steps that need to be different?

On the Pi 3 I believe it would be even easier as it will allow you to boot using only the external drive without the need for the SD card in the first place. But I believe these instructions would work on the Pi 3 too. I just wouldn’t recommend them and instead recommend the easier approach. @sihui linked to some instructions to get it going in a posting above.

No problem, I have some spare time at the weekend and will do the write up then.

Update December 2017: This tutorial is outdated. With newer version of Raspbian you can install an USB SSD the same way as a sd card. A lot of openHAB users are concerned about the reliability of sd cards. Under certain circumstances while using persistence services and with a lot of read/write cycles through openHAB and system logging they tend to worn out. For the RPi3 there is a new USB mass storage boot mode which allows to boot the operating system from a harddisk, preferable an SSD har…