Today I figured out how to put your Windows PC to Sleep from OpenHAB. This is NOT about shutting it off but to put it to SLEEP. However I guess with using this strategy you can shut it down as well as execute anything in the command line of the Target PC.
There are plenty of tutorials to shut your pc down however I could not find one to put it to sleep.

exec.things (the exec binding has to be installed)

Now you are able to turn your pc on and off with OpenHAB.
I hope I could help you. If you have any questions hit me up =)

Thanks for this, very interesting!

Thanks for the code, thats a great idea!
For openhab 3, some pathes need to be changed. I struggeld with the authentication, thats because of some Changes in Windows 10:

After commenting out those two lines from the bottom of sshd_config it works well.

The ECMA / Javascript for openHAB3:

The script for hibernate mode:

Just wanted to say thanks for this. I’ve recently started using windows 11 and it is having an issue not going to sleep per its settings. But it was a good time to do this setup and trigger sleep off of my office status on/off.

The only issue i had was with the permissions for the public key file on win11 under openssh. Beyond that it works like a charm, thx!

I have used this for a long while now, easy setup etc. 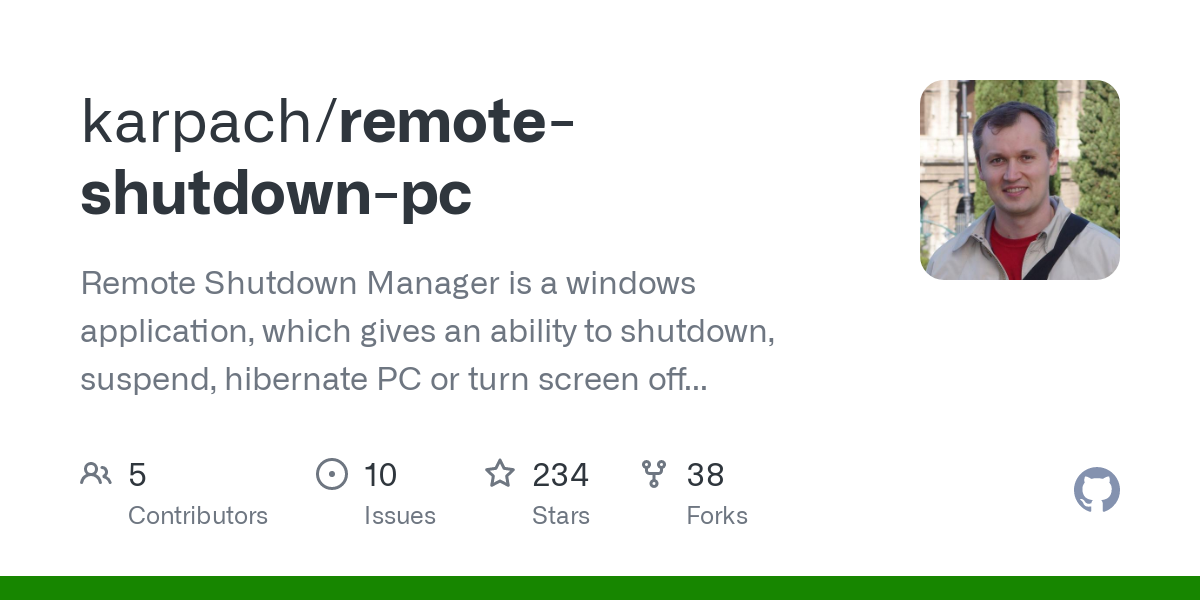 Just thought I would add this to this thread as it may be useful to some.

The only issue i had was with the permissions for the public key file on win11 under openssh.

Can you please clarify with permissions are needed? Anything special? The standard is 644 and should work, doesn’t it?

Thanks for sharing Remote Shutdown Manager, @Adrian_Hills. I’ve been perfectly satisfied with Assistant Computer Control, but I don’t use ACC for anything other than putting my PC to sleep. RSM is a much more direct solution that was super easy to implement.

You bet. My daily ID for use with windows 11 is an admin ID (I know, I know :)) meaning that for passwordless auth with openssh server the public key must have ONLY admin permissions. If you have any local permissions setup at all it won’t work and will prompt for a password.

I’m tempted to actually try out a couple of the other methods above that were since listed, but I like the fact that I’m not dependent on any other services or applications with a direct call via SSH.