I just wanted to post this and see if anyone else is running into the same thing I am. I have my Echo/Alexa account hooked up to my OpenHAB account using the OpenHAB skill. Everything links and discovers just fine and has been working without flaw for months. However shortly before the OH 2.2 release it stopped sending commands to the devices it discovered.

Then a day later it started working again, but now I keep getting random delays between giving Alexa the command and the device responding. Sometimes it’s soo long that Alexa reports that the device is not responding.

Did something change on Myopenhab.org when the new release came out? Is anyone else noticing these delays? Or is it something I need to optimize on my end? I really think it’s the cloud extension but I’m just trying to verify with others on this forum.

just posted this minutes ago

This happens sometimes not always, just to be clear. No configuration changes, update from 2.1 to 2.2 Raspberry pi and network is the same as before, without timeouts.

Having the same issue since today. But I’m using SNAPSHOT version build #1143 (updated last sunday from #1039)

From Sunday till today Echo was running fine.

But today the troubles began.

I guess it‘s a Alexa issue as I also seeing some delay without using myopenHAB in between.

I’m also seeing delays and timeouts. I suspect it’s down to myopenHAB, as I’m often getting Gateway Timeouts when I access via a browser too.

I have the same setup menschend above:

And I at the moment my Alexa responds with “device not responding” but after about 5 seconds the command is executed.

Had this too today

I guess something is not working correctly in myopenhab.org today. As I also receive 504 for my dashboard at the moment and I’m not able to add new Alexa devices as well.

I also receive 504 for my dashboard 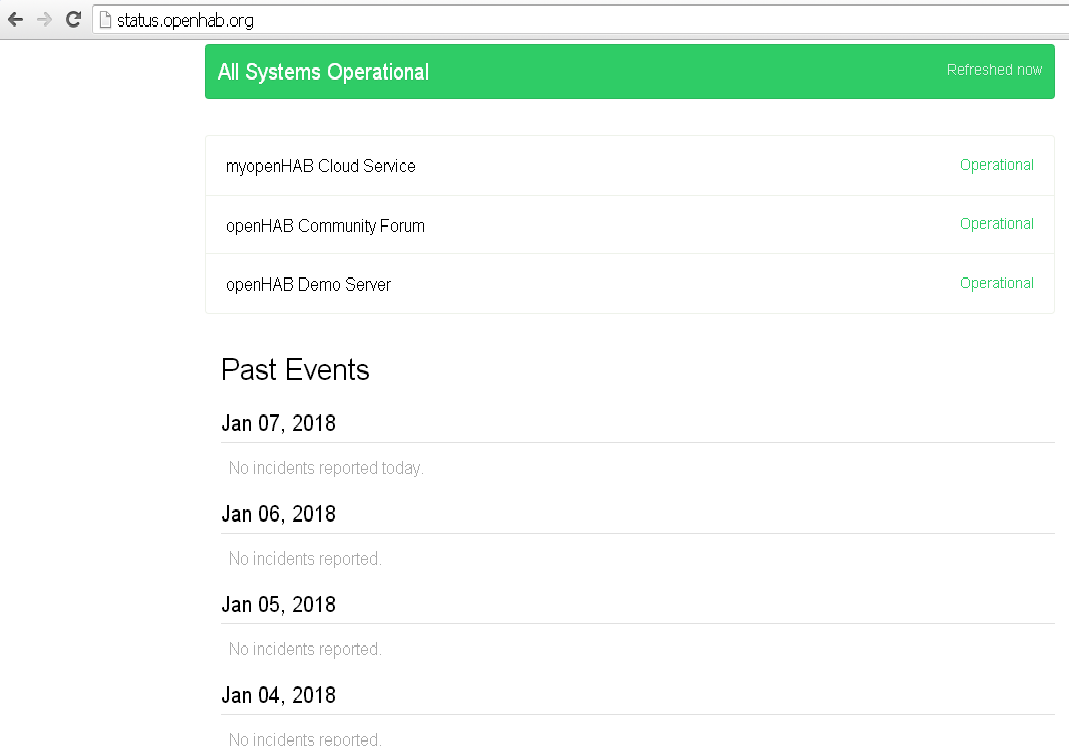 This could not be true!

It is working again!

Yes. Now it is running again!

Something is definitely having issues on the OH cloud connector. My Alexa service continuously delays or fails to respond. I had issues with it again this morning. Are they working on updating it or something that might be causing these issues?

Same issues here (for ca 2 weeks), i do not have the skill to setup my own server

Is there a way we can find out what’s causing these delays? Do we know who’s in charge of this portion of OpenHAB? They may not be aware that there are issues and if possible we should make them aware so they can troubleshoot this issue if needed.