Is it possible to read the status of a “dummy” open sprinkler station thing?

As I think I understand from the open sprinkler forums it is possible to define so called “dummy” stations by adding extra station from the UI.
I have a opensprinkler v3 device (8 physical stations) to wich I added 8 extra stations via the interface. S09 I defined as standard, and also as HTTP (localhost:80, standard ON/OFF commands).
An item added to the station things switch channel however does not show status.
For a physical station that I defined (S01) it does work.
The variables I’ve tried to change in my setup are the station type (standard and HTTP) and verified correct station ID in the Web-UI Thing (openhab ID:0 being S01 on the open sprinkler device).
I am guessing reading of these non physically “dummy” or virtual stations is not possible? Or is it?

Is it possible to read the status of a “dummy” open sprinkler station thing?..I am guessing reading of these non physically “dummy” or virtual stations is not possible? Or is it?

The next openHAB 3.2 Milestone 1 that is due to be released any day has a BIG update to this binding and it has a lot more of the API added. If your using 3.1 Stable you can uninstall the binding and drop in this jar to the addons folder to upgrade.
Index of /openhab/opensprinkler/ (pcmus.com)

You need to use the next version of the documentation to see the information on the updated channels and other info which can be seen at this link.

Your answer is that if the API supports it, the binding should work. You can enter in the URL manually into any web brower to check if the device is correctly sending the state and 1 thing to be careful of is that the stations count from 0 so the second station would be an index of 1. Google what a fence post error is.

To make this easier you can rename the stations with friendly names and restart the binding and the names will be updated in the stations channel list.

I’ll wait for 3.2 Milestone 1 then (am on 3.1 Release Build with apt sources on testing so should be good to go when Milestone 1 is published) and see what new functionality it brings.
What I am trying to achieve is switching the pump with the so called “master zone”, but without having to sacrifice a physical zone. If I could detect the master zone as being “ON”, I could make a OH rule to switch a z-wave actuator behind the physical pump switch in the garage.
Of course I could listen to the actual zones and (try to make) make a rule accordingly, but the master zone overlapping the whole watering schedule seems a more elegant (easier) solution.
As an alternative I’ve tried the MQTT route and got it working. But somehow the master zone does not send MQTT messages. But I understand MQTT in OpenSprinkler is a work in progress and this might not be implemented (yet).

It is now released so the binding updates are now built into this version and newer. As mentioned you need to look at the NEXT version of the documentation to see the extra features that were added, link in my reply above.

I think it “should” work provided the API does send and recieve the master state. Posting your reason why helps to understand the situation better and offer alternative ways.

Another way would be to forget creating a DUMMY zone and to use an openHAB group that turns ON when any member item turns ON and include the state of all stations/zones in this group. This way if any station turns on, the group will turn on and this can trigger your pump. Same idea just implemented in a different way.

I use a pressure pump controller, this means when the pump sees the water pressure fall in the pipes, the pump starts automatically and will do so if openHAB is down. Try to design fail safe ideas so that if your openHAB server breaks and you need a week to source new parts, you have very little loss of basic functions from your home.

Let me know how you get on with the new binding features as I have been testing it for the past 5 months and having the current sensor working and updating in 3 seconds after you move a control instead of waiting for the next poll, is very handy to confirm the solenoids are working. I have setup a label cell that shows the current being used as the header and shows 0 when all zones are off. 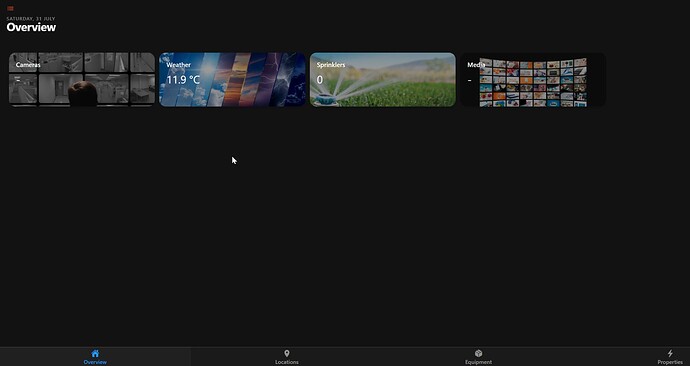 If I implemented a group, as you suggested. What would happen if I switched on the wall switch (to turn on the pump) to use one of the three water taps in the garden? Would all zones in the group follow and turn on as well?
The group setup I’am thinking you mean would be as follows(?):
Watering group:
Pump_Switch (z-wave)
Opensprinkler zone 1 etc.

Our pump has a pressure pump controller (turns of when pressure is high enough). It’s usually on, but having a wall switch gives me the opportunity to turn it of to prevent jokers from opening the garden water taps when I’m away.

Ah, sorry. Just read your reply again and finally what you mean sank in…

Would be “ON” if any member gets turned on. A rule triggered by a change could turn on and of the pump. Elegant. Did not think of that one.