It uses WiFi signals and machine learning (sklearn’s RandomForest) to predict where you are. Even works for small distances like 2-10 meters.

Your computer will known whether you are on Couch or living room chair. 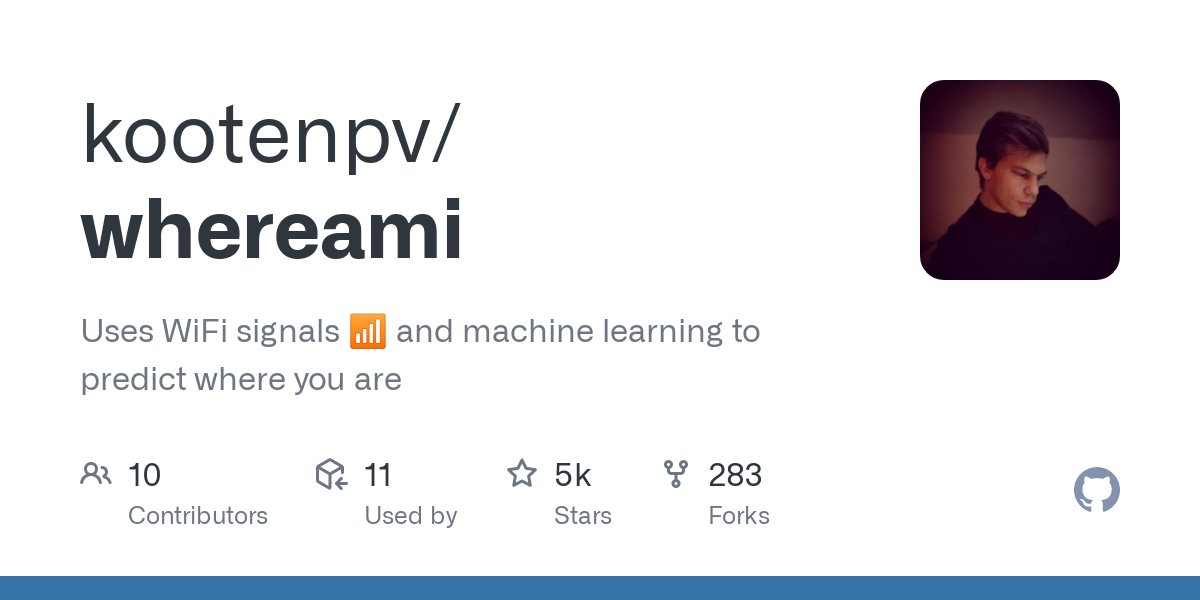 openHABian ships with FIND3 which supports both wifi and BT, not just wifi for tracking. Except for the fact that it’s written in Python instead of GO I don’t see what whereami adds anything and as far as I can tell it lacks documentation and an API.

Since, there doesn’t appear to be any sort of API to interact with a binding really isn’t a possibility. OH and FIND3 interaction takes place through MQTT. If someone where to add MQTT to whereami the integration would be pretty simple.

Since they will need to create some sort of API anyway, they may as well use MQTT which will make it compatible with just about any home automation system.