Then I turned bluetooth on my phone off for a minute, then back on. PaperUI never showed it as ONLINE

WiFi presence detection with ARP ping works pretty well, and might have better range in your house than Bluetooth.

This binding allows checking whether a device is currently available on the network.

Many of us don’t trust in a single device for presence detection, as it’s not 100% reliable. But it can be fine depending on your use case.

Good news, I just finished writing my first draft of the roaming bluetooth device feature which allows a device to be tracked across multiple bluetooth adapters and keep track of which adapter it is closest to.
I need volunteers to be guinea pigs for testing since I lack any bluetooth beacons to test with, and the outbreak has made it difficult to obtain them.

This feature should mimic the feature from the 3rd party bluetooth binding. The only difference is that you need to add a Roaming Bluetooth Adapter thing which will appear in the inbox in order to activate the feature. This new adapter will act as a virtual bridge for bluetooth devices. So when devices are discovered you need to pick the discovered device for the roaming adapter.

To test this feature you need to uninstall the official bluetooth binding and upload these jars to the addons directory:

Happy testing!
If nothing works let me know, I probably goofed.

Sorry I wasn’t clear; I was looking at both the logs & PaperUI.

In researching, and personal testing, I found the random mac is an issue with iphones, not Android (I only have Android phones), so I’m hoping this will work for me.

I’m struggling to find an Android beacon app that works with this, can anyone make any recommendations?

However, I found that not using any phone beacon app, I can get 2 Android phones to report their rssi values several times (even after reboots, etc), but ONLY while the phone is in pair mode (making itself discoverable I believe). Is this expected? Restarting the phone and turning the bluetooth on and off does NOT trigger any rssi events to openhab (but again, putting the phone is pair mode then gets rssi events to show up in openhab for a couple minues). I’m not quite sure if this is a configuration issue on my end, my 2 phones, the Bluetooth Binding, or openhab itself (or a beacon app is required).

BTW I’m using openhab logs to troubleshoot this and determine the rssi events.

Would your latest fix address any of this by any chance?

Thanks again for what you’re doing!

To do the update, where do we put the jars (pi 4/raspbian/Debian)? And do we first need to uninstall anything?

I’ve been playing around with “Beacon Simulator” for Android. It allows you to create simulated advertising beacons such as ibeacon, eddystone, & altbeacon. I tried creating several but nothing is recognized in PaperUi via a search in the inbox. The are a lot of seeing for these beacons tho that I don’t understand. Is this expected or should these be showing up? I’m testing it this way because if this does show up & work with openhab then I could potentially use this as a beacon on my phone to do the presence detection. Thanks!

3nd on my list is the implementing the gatt stuff.

Curious to hear, if you made some progress on that gatt parsing feature?

I actually just started working on this the other day. But since I’m also juggling quite a few other bluetooth features that will be added in the next release I’m only making a few hours of progress here and there.

But the newest features likely to be included in the next release:

@hairdresser has been doing a fantastic job in implementing some of these features. He is responsible for creating the new bluez binding, the daikin binding, and the mqtt adapter support.

I’ll try to get the gatt feature done for next release but I can’t guarantee that it will be completed in time since it is a feature that requires significant testing. It also doesn’t help that I don’t have very many devices to test with. 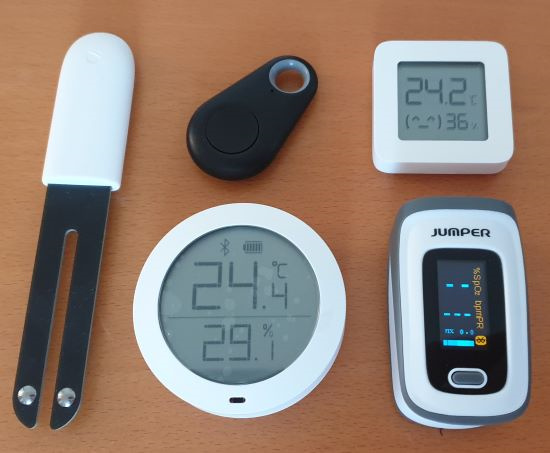