I just bought a Globaltronics Weatherstation (Aldi) for connecting the 433mhz GT-WT-02 outdoor temp-sensor to openHab. I already have a rfxcom rfxtrx433XL for controlling Somfy motors and LED-lights. The transmitter is turned on, but in openHab the sensor is not appearing at all… I tried enabling different protocols (Rubicson, La crosse, Lightning4, AC) but nothing is appearing in my inbox. What am I doing wrong?

Not sure, if RFXCom meanwhile decodes the GT-WT-02. Some time ago, they rejected my request for supporting it.

What I can say is, that Rtl433 is supporting it quite well:

The maintainers of rtl_433 are doing a great job and I received excellent support recently which helps simplifying the integration of 433MHz sensors into openHAB. One of my recent feature requests just needed a few minutes to get picked-up and implemented. Amazing! To give something back to them, I just published a HowTo how I did the integration with openHAB on their Wiki to help others. I’d like to share the link here too since I assume that some members are still wanting to integrate 433MH…

IIRC, RFlink is supporting it too…

I’ve made some progress, and managed to get some response in rfxmngr.
But when I manually configure this in openHab, I get no readings at all…any ideas? 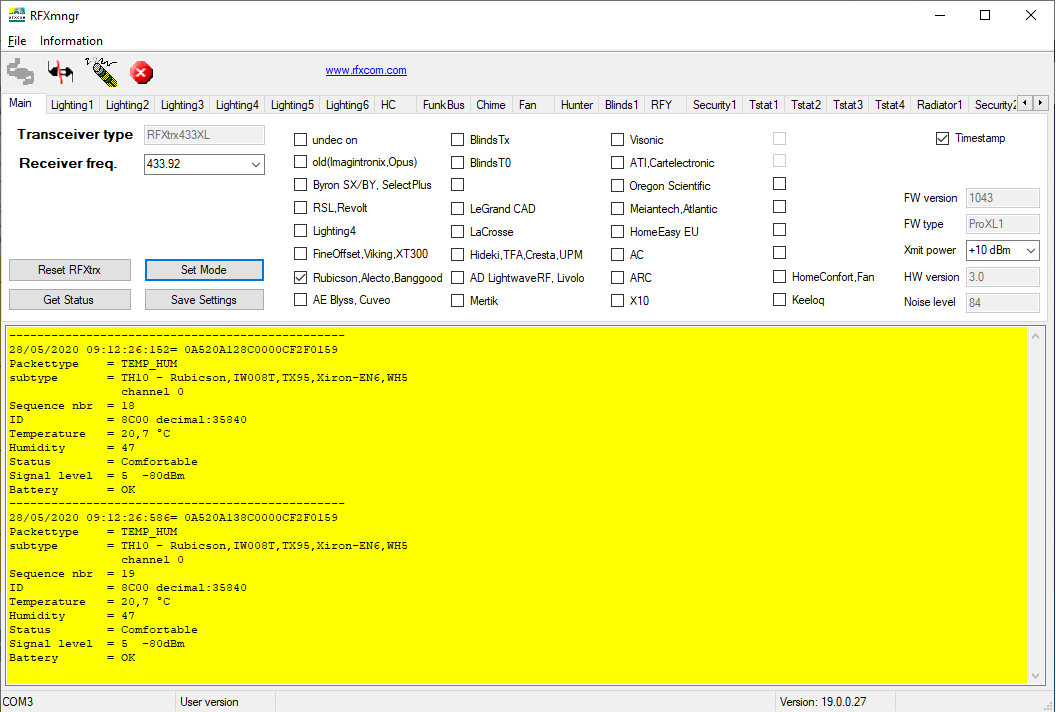 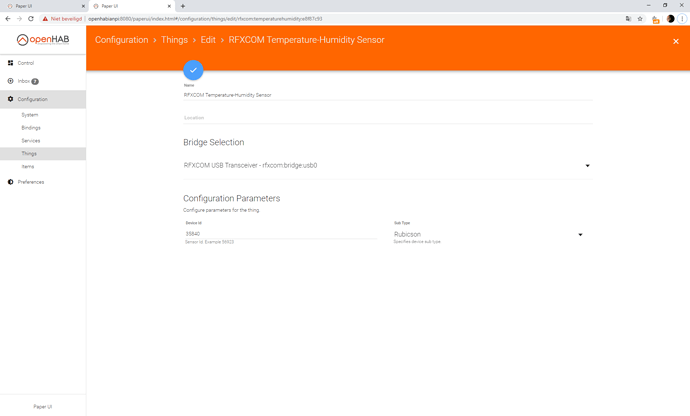 Did you made any further progress? Is the GT-WT-02 really supported by RFXcom meanwhile?

I’ve installed the latest firmware and at first it looked like it was supported by rfxcom as you can see in the screenshot. But as temperatures got higher, I got no readings anymore in rfxmngr. Only undecoded, the messages came through. I’m using openhabian on rbp3, so I also found out that discovery of things in openhab with rfxcom isn’t working because of an ARM-limitation of some library. But even if I manually defined a thing with the ID I initially got from rfxmngr, no readings appeared in openhab. So in the end, it looks like i’m stuck…

O.k., so nothing has changed since my last attempt with RFXcom and GT-WT-01/02.

As I said above, rtl_433 is decoding it well (along with almost everything on 433 and 868 MHz)
If you’re fine with Linux, then it might be worth giving it a try. The required hardware is a dead cheap DVB-T USB receiver (~10 Euro). Not that much to lose…