Hello all,
I have looked at the two weather bindings I see in openHab2. Maybe I have missed it, but I do not see where either of them show sever weather alerts. Living in Oklahoma (Tornado Alley) this is extremely important to us and I was hoping to be able to incorporate lighting and such into the alerts in place of the terrible loud alerts given from weather radio’s. I suppose I could try IFTTT and http calls, but would like to check if I missed anything built in first.

I live in the same state. Same question.

The National Weather Service has RSS feeds with weather alerts but that’s not going to be timely enough for tornado warnings. IFTTT isn’t probably going to be timely either. If you’re up for a little bit of DIY, AIW Industries has a new Raspberry Pi Hat with a weather radio module. I’ve messed with their previous product but didn’t really have the time to fully develop anything. With the new module looks like it’d be pretty easy to set up a Raspberry Pi that would send a message to openHAB when an alert is issued, in near real time.

I’m personally hoping to work it out so it hooks up to my home speaker system and plays air raid sirens I can actually hear at night.

Anyone who lives in tornado alley is likely to survive a bombing. We’re so programmed to hear air raid sirens and they’re about the scariest sound you can hear as an adult.

Here in OK, screaming, “meh” Thunder, or exceptionally loud sounds, “did you hear something”, gunfire “Must be target practice”, Air raid sirens “Get my camera, my gun, and get the kids in the shelter NOW!”

You haven’t missed anything. Further more, the weather binding will have the same problem as IFTTT and the RSS feed @jcollie described, I.e. alerts not being b timely. The weather binding polls the weather APIs of the various providers on the order of minutes (e.g. 15 minutes or more for Yahoo), making it useless for a warning.

You should look into the hat he mentions.

I got the breakout modules that AIW Industries used to sell out last night and got the sample code working. We didn’t get any severe weather alerts so I wasn’t able to really test that. Today the breakout module is misbehaving - the i2c bus is going crazy and the Raspberry Pi is resetting itself so I wonder if I broke something. My electronics knowledge is limited to what I can Google so it’s possible that I goofed something up. My refund from Revolv came in today so I went ahead and ordered the new hat that AIW is selling (around $100 for hat, accessories and shipping) so we’ll see what happens when that comes in. Between the shipping time and trips out of town it’ll likely be mid-July before I can really sit down and do anything with it though.

I am about to try the same with a beaglebone. Fortunately one of my
co-workers was an embedded dev at TI, so hopefully he can help fill in the
gaps. I am pressed for time so it may be a few weeks.

OK, I think my problem with I2C and the Pi rebooting may have been with the power supply I was using - it was only capable of 1.2A. After replacing with a 2.0A power supply things are better. CanaKit has a 2.5A supply on Amazon, I just ordered one of those as well. Now I just need to figure out if there’s a way to simulate a severe weather alert so that I can do some testing. Having to wait for an actual severe weather alert to do any testing/debugging will make progress unbearably slow.

Every Wednesday between 11 am and Noon is the test of the NOAA Weather
Radio tone-alert system and the SAME alert system. This is true all across
the country.

I had forgotten about the weekly test, but Wednesday at noon I’m generally at work

OK, the new Raspberry Pi module showed up a lot sooner than I expected, and it’s working very well. It’s nice to have everything tidied up on a custom PCB rather than the rats nest of jumper wires that I had before. Since the module showed up before the Memorial day weekend I’ve had a chance to get a start on hooking it into openHAB. You can see what I’ve got so far at: 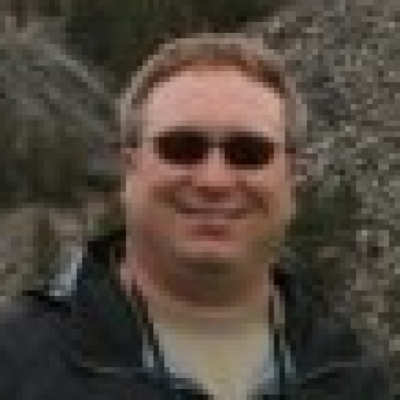 Right now I can keep track of various operational parameters like RSSI and SNR, mute/unmute the speaker, and control the volume. Getting alerts is going to take a little bit as testing once a week is going to make progress slow. The guy who made the add-on board is working on a board to generate test signals but I have no idea if/when that will be done.

There is a commercial unit for generating test signals, but it’s way beyond my budget:

This thread has been dormant awhile, but I’m in the same boat. I’d like to give my OH installation access to NOAA severe weather data.

I like the looks of this board it unfortunately it’s retired. https://www.sparkfun.com/products/retired/11129

I am thinking about ordering this PCB based on SparkFun’s schematics and populating the parts myself.