Show us your DIY hardware

There is a lot of experience/expertise on here, and how valuable is that if not shared?

Some write software, others develop their own hardware contraptions, whether it is an ESP-based controller, a custom water-meter with a magnetometer, or even motorized blinds.

We see a lot of questions on software and configurations, though what I have not seen much of are pictures of DIY contraptions.

So, go ahead, take some pictures, share with the world, and be ready for many questions and followers. Heck, you might even make new friends in the process.

There is a similar thread at What did you build/automated today (with pictures)?

Based on NodeMCU ESP8266 microcontrollers running ESPEasy. They have DHT22 and simple light dependent resistors (these require being connected to the analog pin). They report to MQTT periodically where OH gets the readings. I use mains power to run them, not batteries. I’ve built three of these. 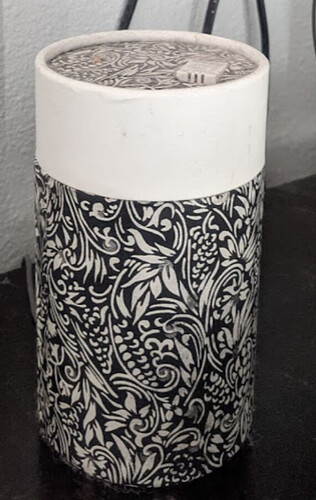 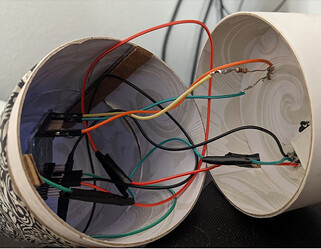 The case is repurposed from a set of souvenir gin samples I picked up on a trip to Nova Scotia decoupaged with washi paper.

It would be much neater and probable last longer if I use a small breadboard or perf board but I didn’t have either when I made these so they are kind of free floating circuits. 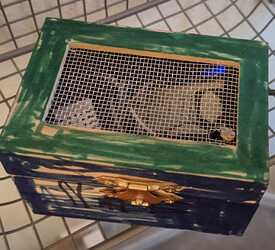 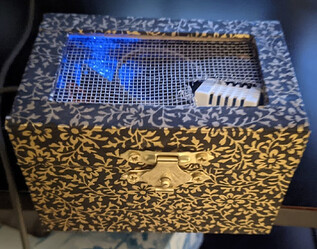 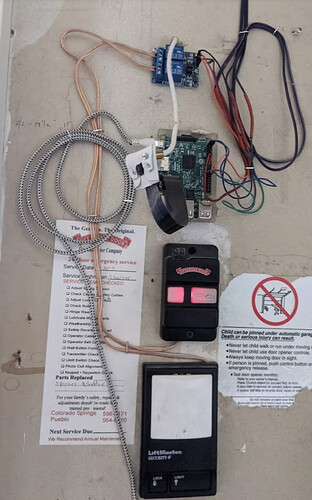 image1016×1627 310 KB
My first DIY home automation project and in desperate need of redoing. But it’s been running well since before I even moved to openHAB, upgraded once from an RPi 1 to an RPi 3. I have two garage door openers so there is a dual relay and two reed sensors wired up to the GPIO pins. The relays are wired to the wall buttons so when the relay turns on the opener sees it as the buttons were pressed. My sensorReporter script sends sensor readings and receives commands to open the door using MQTT.

I’ve also a raspicam plugged in to it to have a way to monitor and check on the garage door (I especially don’t want to be closing it without having eyes on the door. However I’ve now a Wyze came in the garage so this camera isn’t really being used.

I intend to replace this with a NodeMCU version in a nice case since I no longer need the camera. But that’s a lower priority project for me right now and the project cases I got is just a little too small to fit everything so I need to come up with an alternative. Now that I have a 3D printer I’ll probably design and print a case. 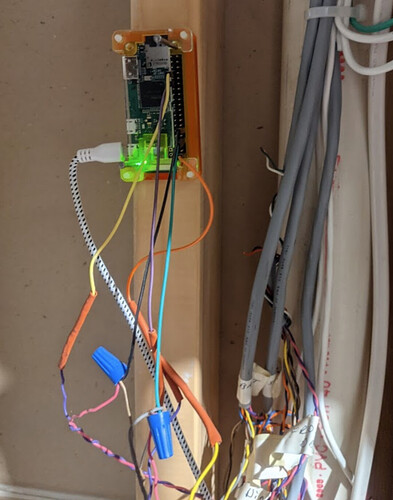 image1078×1371 220 KB
The previous owners of our house had an alarm system. But the system was removed prior to our buying the house but they left the sensors in place. So I got an RPi 0w and wired up to some of the sensors. I was able to get the door sensors working no problem. But the window sensors and vibration sensors probably take more than 3.3v to run. At some point I may play with it again, maybe get one of those ESP based boards that are designed to replace alarm systems like these and try to get the other sensors running. This one is also running sensorReporter.
4 Likes
Gad_Ofir (Gad Ofir) January 14, 2021, 6:09pm #3

i have only one thing that i can take a photo of, the rest are top secret projects(just ugly

)
i got a candy box for one of the holydays
so this is my 12V UPS , which i did not find a use for… i did CAT6A and using POE for most of the UPS needs
i orderd 5 PCBs but only had one box… 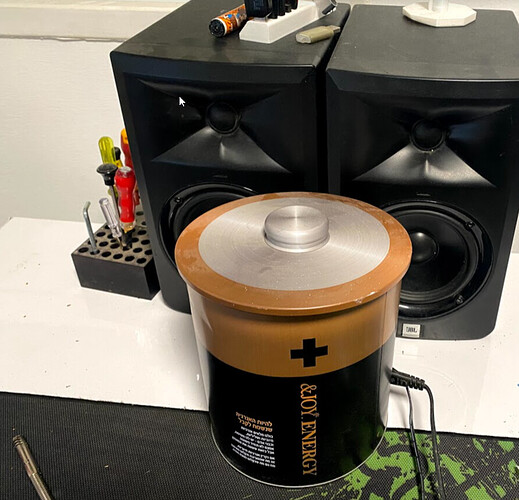 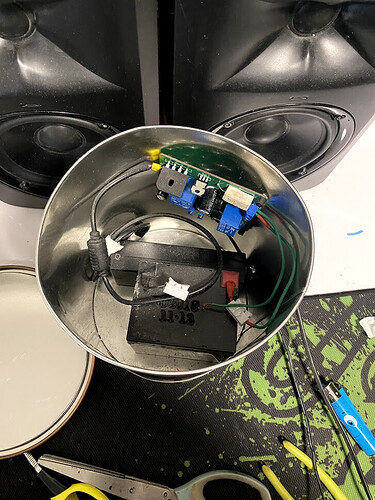 For your alarm system. I would suggest the Konnected binding, with some NODEMCU boards.
I recreated the Konnected PCB boards and had them made up myself for next to nothing from JLCPCB.

This works amazing with openhab.

Let me know if you want more information on the PCB Boards.

Could i get info on your PCB for the UPS? i need to make my own for my system. 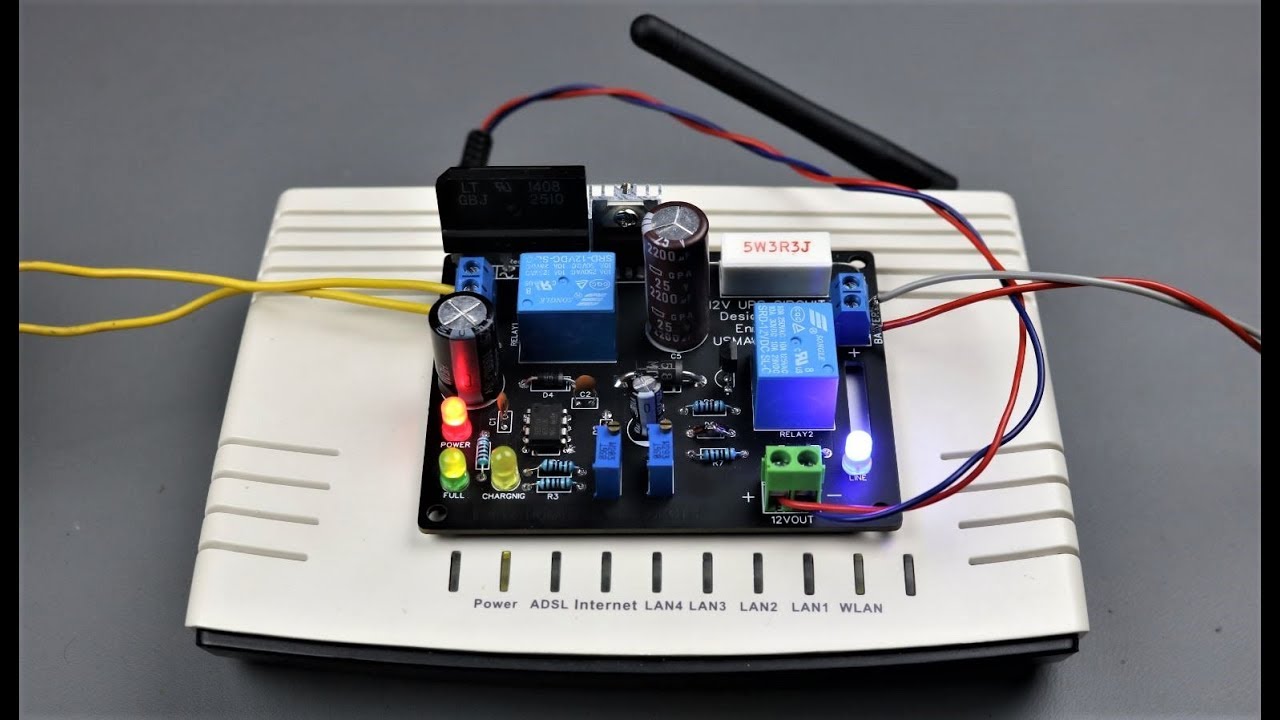 Interesting project. Can you share what the total cost was … in both $$ and time spent?

time: allot!
getting the parts took allot of time , also i did many mistakes like ordring the wrong realy… etc
need to pay attention to size and diameter of the parts and the holes on the PCB

cost i think if you take it a per unit and include the battery , its somthing like 45$

but i had a spare bat , and 15V laptop charger so cost really came down for me…

Thank you. Then my next question: You can get a small UPS (250W) for about $40. What does your design provide that is not available in standard devices out there ?

What does your design provide that is not available in standard devices out there ?

Agree … those available from the store are typically black/unsightly and meant to be tucked away and not be seen. Though, I was asking about ‘technical’ specs

I also built a garage door controller. I thought I would just buy one of those on the market. Well, I tried 4 different controllers and none of them worked the way I wanted.
I decided to use a Raspberry Pi Zero-W. I also used a relay to pulse the opener contacts. I decided on two magnetic switches to sense if the door was closed in case one failed. I included a buzzer to warn when the door will move.

Unrelated but included is a light sensor. I need this because sometimes I forget to shut off the light in the garage.

Except for the RPi0, I had all the other parts left over from previous projects.

It connects to OpenHAB using mqtt. I have three items.

The switch item lets me open and close the door. The String GarageOverheadState shows the state. Either Open, Closed or Unknown if the door sensors disagree. The String GarageLightState shows me if I left the garage lights on. I wrote a small python program for the RPi0 to interact with OpenHAB (via mqtt).

I have three rules:
(1) “If the door is open at 10:00 PM, close it”. It also sounds three buzzes before closing and sends me text message.
(2) “If the Garage Light is on at 10:00 PM, send a text”.
(3) “Return relay to Open”. This happens after closing the relay. Closing activates the motor of the opener but if the relay remained closed the door won’t move again.

Here is the schematic: 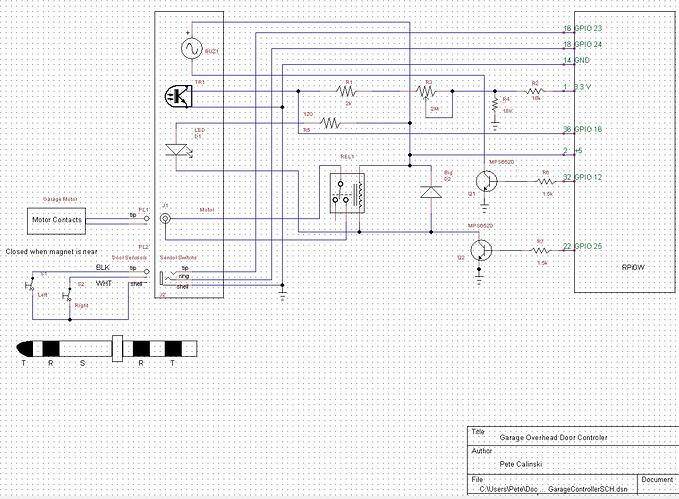 Here is the input/output side. From top to bottom, Buzzer, Garage Light Sensor, an LED that indicates if the relay is closed, A connector from the relay (inside) to the opener motor. A connector for the cable from the two magnetic switches. Those switches are mounted just above the door on the frame and the magnet part of the switches are mounted on the door. I was able to position them so that if the door is more then two inches off the ground, they report “Open”. 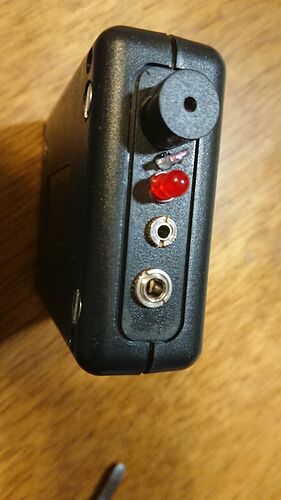 Here is a shot of where the power, usb (not used) , and hdmi (not used) connectors come into the box. 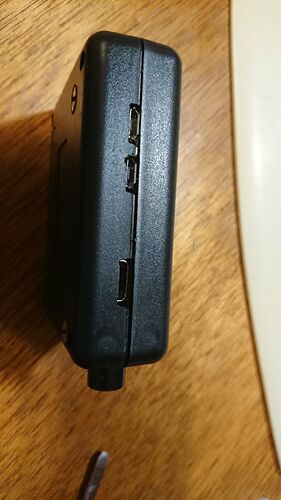 Here is an inside shot of the components and wiring. 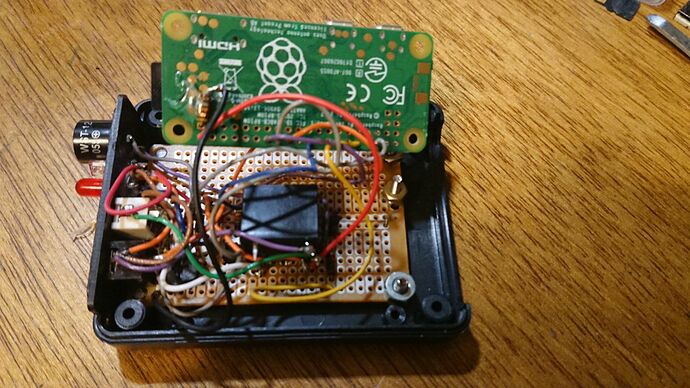 Project based on the Vinyl Emulator (here) I edited the script to use my local sonos library and make calls to openHAB to change speaker groupings. 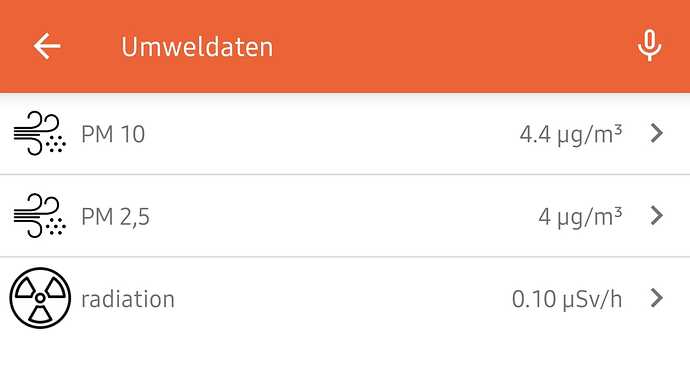 … a geiger counter is a cool sensor to have

Now for the thing i made in the last view days:
An ambient LED-Light in the shape of a heart for my partner.
openhab talks to it via MQTT/Homie, and it also functions as a temperature sensor. 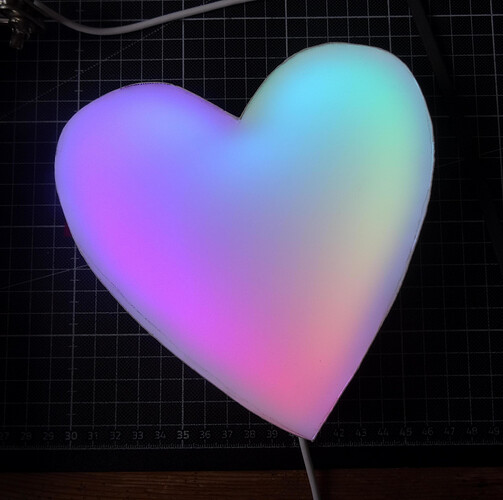 Yes it was one of those kits.
If you use it with persistence you have a nice graph. In connection with the display of the precipitation, one sees nicely the connection between both measures.