yesterday evening I switched to OH 2.4 Release. I was aware that Z-Wave binding changed, so I followed the instructions, and quickly almost everything was up and running again.

But I have some strange problems with my Neo Coolcam Z-Wave Sensor after the update.

With the old Binding, the PIR Sensor had 5 channels which I mapped to items (the temperature never delivers data but thats a problem with the sensor itself):

In the new binding, the sensor shows only 4 channels:

The channels “sensor_luminance” and “battery-level” deliver the same values as before and work fine. As the channel “sensor_binary” disappeared, I thought ok, let’s use “alarm_motion”. So I changed my item config to:

But this Item now only fires an event when thing is updated, when doing so, it changed to “ON” in eventlog, but not back to off. And also not reacting to motion detection.

And even more strange: When watching this channel in HABMIN, the channel “alarm_motion” changes states when motion is detected:

But this change is not reflected into the associtated item state changing. No entries in event log when motion detected.

Configuration of the device (not changed since using it in 2.3): 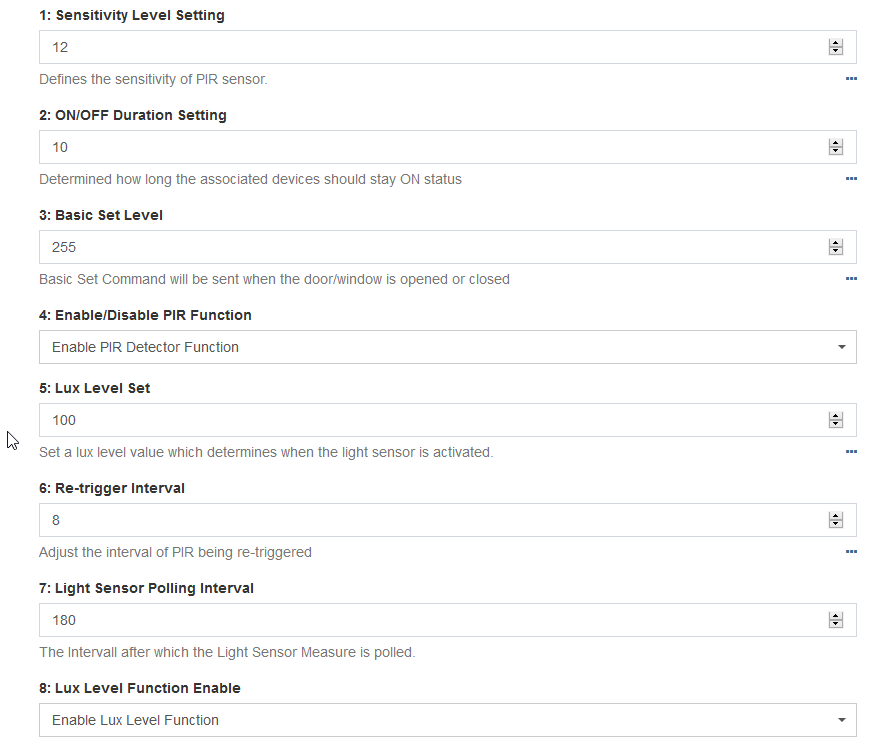 Any ideas how to proceed? Should I exclude device and discover it again?

Ooops, seems I was too impatient. Today when I came back at work, the sensor was working and firing events (I bound the events to a Telegram action for testing). Seems it just needed time to establish communication with the controller.

Sorry for the confusion.