Looking for suggestions on cheap or good (or both!) temperature and humidity probes.

Saw this, but was really hoping for something I could buy off the shelf. Ideally it’d also be battery operated, but I guess that’s not a hard and fast requirement.

I have a zstick for zwave stuff, and of course wifi. I’ve gotten my feet wet writing transformation rules for an Edimax webcam that I have that has built in temperature and humidity sensors, that was neat! (Not sure where I could post that transform to share it, though.)

Right now I kind-of have a network of temperature sensors via the monoprice passive infrared z-wave sensors that I have scattered about the house. They work, sort-of… their temperature resolution is really terrible. They only report in when the temperature changes by more than 1C, typically when they change 1.5C, and are in no hurry whatsoever to report temperature changes. (I can sit two of them side by side, and one will send a temp change report literally hours before the other one eventually gets around to sending the same temp change report!)

I also tried the Everspring ST814, but it was really bad. Temperature wandered a lot, and humidity was effectively a random number generator that had no correlation to reality.

So I’m looking for suggestions! Doesn’t have to be zwave; if it’s wifi and query-able then that’s perfectly fine. Ideally I’d like to have six or seven of these probes spread around the house. Cost isn’t unlimited; $500 sensors aren’t going to fly to matter how good they are. But I’m not against spending more to get more, either. (Such as the aeon labs six in ones, but those are $50 each, so ideally looking for some cheaper options than those.)

I happen to have the same requirements as you but I could not find anything cheaper than what you mentioned. I am also looking off the self, battery operated devices. I have found out some lightwaveRF devices but the binding is not maintained for OH2 (it does seem to work though) so I rejected them

Have you managed to come up with any alternatives ?

Back when Home Depot was blowing out their gocontrol gear I picked up a whole bunch of 2 door/window + 1 passive infrared kits for $12/ea. The PIRs are identical to the monoprice PIRs; same drawbacks. But for what amounts to free (if you count each door/window sensor as $6/ea) I decided good enough for now. They’re good enough to send an alert on that the furnace isn’t working, at least. I definitely wouldn’t use their data to adjust the furnace’s setpoint up/down; far too slow for that.

I should probably do something better DIY but I’ve had bigger fish to fry in the meantime.

Oh, but if you’re just looking for a decent temperature probe, the zooz passive infrared + temperature + light meter is really pretty good! You can configure how often you want it to report, and they’re reliable. Only problem is they’re not all that cheap, and no humidity. 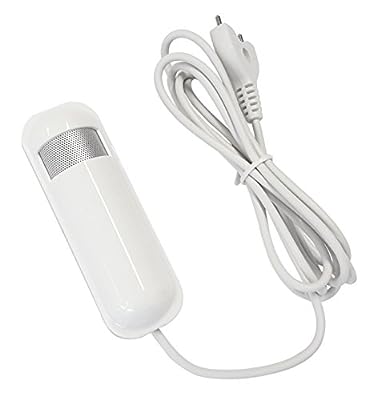 Zipato Flood Multisensor 3 in 1 integrates flood, temperature and humidity sensors in one device,connected to your Z-Wave network of choice. This device offers elaborate safety and ambient sensing opt ...