As part of building a modified version of the Matrix template I wanted to use different style of icons. There are numerous sites and resources so finding appropriate ones has not been too difficult. The challenge has been getting them all into a single SVG file and to display correctly. Patrick has provided excellent instructions as part of the matrix install.

I created a custom theme (available as of v2.1) for HabPanel and thought it would be nice to share. [image] [image] [image] [image] It also looks good on mobile: [image] [image] My primary objective was to have a slick interface that can run as a web app on my iPhone and iPads. The theme adapts to phone, tablet and desktop through responsive design. Note, the icons are purchased from http://thesquid.ink/line-icons/ and I can’t share them here. All files and detailed instructions can be…

However the solution doesn’t work quite so well with other icons and SVG files from the wild. Abit of digging around found some simple setup and automation tools which also then helped me solve the issue of icons not always displaying well. (Part Two).

Let’s get start with Part One and Grunt.
Grunt is a Node based javascript task runner into which you can install various plugins to perform certain tasks and runs off

The great news is if you are using openHabian you already have node installed (or available to install). There is an excellent getting started guide which explains all the details as you want to.

Working Directory.
Now that Grunt is installed we need to setup some file in our working project directory to tell it what to do. For this tutorial let’s assume you are working on a new html theme called ‘jungle’ . (odd same theme as me). (This is not a tutorial on project directory structure)

So using the openhab directory structure

At the root of our jungle folder we need to create a config.json file.

Copy in the following code.

Hopefully node should install all the modules with no errors - Please let me know if there are any as I had to muck around abit before getting everything working and I may have missed something.

Create Gruntfile.js
The gruntfile contains the task instructions/configuration of what we want grunt to do. In this case clean and compress our SVG files. This is done by the grunt-svg-sprite plugin. 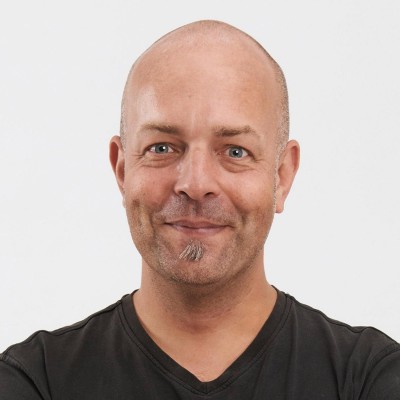 SVG sprites & stacks galore — Grunt plugin wrapping around svg-sprite that reads in a bunch of SVG files, optimizes them and creates SVG sprites and CSS resources in various flavours - jkphl/gr...

There is however a very handy gui configurator I found (after reading down in the underlying svg-sprite documentation).

Let get a basic gruntfile setup. - Full file is in the code fence below.

Now at the bottom you can select the ‘Gruntfile’ panel and there is your almost completed file.

Copy over to your favourite text editor and make the following updates.

Ready to go!
Load all your individual svgs into the ‘original_svgs’ folder
From a command line at the root of the project folder ‘/html/jungle’ run grunt.

If all goes well then you will have a new directory structure under /out which looks like this.

With the compiled file ‘sprite.def.svg’ . You can now copy this back to your root html for direct calls in your html code/habpanel. (there is probably a grunt plugin that does this as well!).

Note: defs vs symbols.
When I was working this all out I found that the compiled symbols file icons did not appear when referenced by ID, so I tried defs and had much better success with symbols appearing in my panel. (helpful hint for Chrome user press control key while clicking refresh forces a cache reload).

Since my workflow of compiling icons is setup I was able to focus on some icons did not display well, or inconsistent sized. Part 2 will cover this in Inkscape. This may also resolve the defs vs symbols issue.

Part Two
Have found that often compiled icons do not show correctly or don’t appear to be the same size as other icons. Again a lot of research for what is actually a very quick fix using Inkscape.

Let use my recycle icon as an example as it now showing up at all. Open it up with InkScape and I see this. 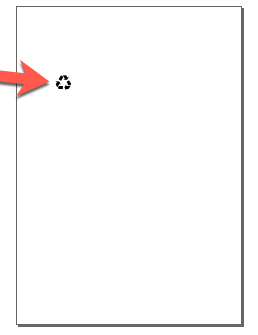 A small icon surrounded by a big page.

Recompile your icon file and if all goes well the icon should now been send and rendered at a consistent size. It has it is all tied up with the viewport and viewbox which someone may be able to provide a good explanation of as abit over my head. This technique however does seem to work thou without having to understand to deeply what they are.