Tasker is an android app for automation.
With its http-get action it’s easy to combine with openHAB.

I use Habdroid as default client - sometimes 3House.

But most of the time I prefer situative controls.

So the smartphones are acting as sensors for openHAB.

I don’t suppose you’ve worked out an easy way to use NFC tags with tasker to control OpenHAB? I want to just tap a tag with my phone and the gate opens… From my research it looks like I’ll need to install an app to read the NFC which then talks to tasker which then talks to openHAB… Sounds a bit over complicated?

If you longpress an item in Habdroid, you can write NFC tags without tasker.
Or you can use https://play.google.com/store/apps/details?id=com.jwsoft.nfcactionlauncher&hl=de

I use the Locale NFC Plugin with tasker and it works quite well.

I’m actually looking for a working Beacon-Plugin to combine Tasker+Eddystone+openHAB…
But couldn’t find any working one for Android M so far.

Hi,
I’m planning a security alarm system using Openhab.
I have to add a phone call system in case of pir or switch sensors activate.
My idea is to use an android phone that receive http request through wifi from Openhab and automatically start a phone call.
Do you think tasker is the right way to do this stuff?

You can start a call from tasker. And in combination with autoremote you could execute that task with a http-request.

Tip: You can use RESTask tasker plugin to get full REST access to OpenHAB, and not just the CMD http GET actions. 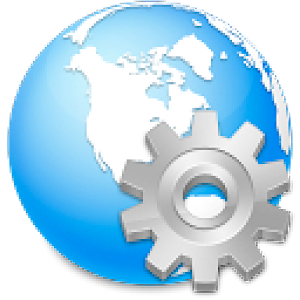 Opt in for beta testing: https://play.google.com/apps/testing/com.freehaha.restaskThis is a Tasker plugin providing alternative interface to access RESTful APIs (targeting GET, POST, PUT, DELETE).This app is intended to work as a plugin to Tasker and does not provide a launcher icon so one must have Tasker installed in order to utilize this application. *README*Variables can be set synchronously or asynchronously.With the default sync setting, the task will wait until the request is finished or ...