It is that simple…
Thank you!

Is it possible to show an image from an URL that’s in an item? Something like this doesn’t seem to work:

Thanks, that works great! 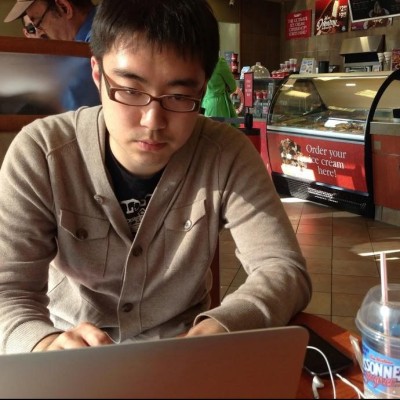 angular-timeago - Angular directive/filter/service for formatting date so that it displays how long ago the given time was compared to now.

For all the dates in the past, that update not only when the item updates, but also with the passage of time. It would make past and even future DateTime items much easier to read.

How would I go about adding that or could it be a standard widget?

@watou it’s a small library so I guess it’s a candidate for inclusion as built-in (like sprintf and others).

However, I guess it’s time to “reveal” a potential ticking time bomb: loading scripts in templates & custom widgets is actually possible with the ocLazyLoad directive which is available.

It will give you, as expected:

For full disclosure, this makes the HABPanel version that shipped with openHAB 2.0 vulnerable to trivial XSS attacks so once again:

To all, make sure never to run HABPanel (or openHAB, for that matter) outside trusted local networks with no protection! Never publish it on the Internet without at least access control with a reverse proxy! Check http://docs.openhab.org/installation/security.html for details.

The loading of non-local scripts was disabled this week through the introduction of a Content Security Policy but the vulnerability remains, it’s just significantly less easy to exploit.

Thanks very much for that! And the warning about potential vulnerabilities. This will be very helpful.

Hi guys i just realised that a couple of the Elements in your examples have rounded edges? The Same code always shows the standard edges for me. On what does this depend?

Set the radius to what you want. You can make circles as well.

Did anyone get the slider examples posted here actually get to work?
My set temperature slider always jumps back to the current value and also sends this, not the one I selected.

I figured it needs the sendCmd to be in the callbacks of the slider, however, if I try this:

I get a syntax error…

How do I execute an http-get URL that returns me a JSON result from within a my custom widget?

So far I’ve found the Angular JS $http service ( http://www.w3schools.com/angular/angular_http.asp) to be run in a < script > but as far as I know it is not possible to run scripts in the custom widgets (for security reasons).

About syntax error:
This is most likely because of the function definition inside ng-init.
Here it does not work.

Any idea how I could solve that?

With function I myself have suffered for a long time, but so far have not found the solution.

As for the slider, try this:

@wasco nice that works! But it uses a different slider, right? Or how does this work?
I assume it’s a component of habpanel?

How do i find the code for the original Switch widget?
I want the same look but want it to work with 1 and 0 instead of ON and OFF.

It is true for all habpanel widgets:

But I think this is not what you need.
The most simple, consider the Proxy Switch.
Actually, it all depends on the specific problem.

Where can i find the Proxy Switch?