Update - Nov 2019 - This has been significantly edited to support the update made to the plugin and also RPI 4 with buster.

History.
Was trying to implement parts of the “Matrix” look in Habpanel. Leaving aside CSS, the challenge was the graphs coming out of Grafana.

The current version arm (raspberry pi) of Grafana no longer contains the phantomJS engine for rendering images and you will receive an error. It is also not possible to install phantomJS from the repository. After doing some investigation I found there is a new rendering engine plugin available 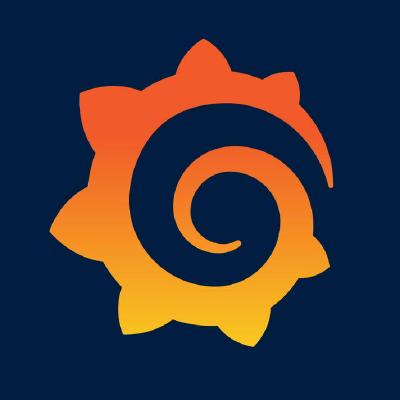 However, there are a few hoops you have jump thru to get this working.

Steps:
We will switch to root as the plugin directory is secure

Install git and clone copy of the plugin.

Next we need to do a smidge of file editing as Typescript on the RPI does not like the code.

add the ignore line above the export to tell Typescript to ignore it.

save the file and now run yarn build

I have no idea why this needs to be run with sudo given you are root but it will fail otherwise. Maybe somebody can provide some insight into that!! Also the grpc step is probably a duplicate and the install would cover it, but these steps have worked twice now.

(Note - All the steps for correcting puppeteer seem redundant now)

give it about 20 seconds to start

If all has gone well the log will show the plugin is recognised and loaded.
Log file can be found at

Hey, is there any plans to support arm CPUs? I'am using a Synology DS216play with a STM STiH412 CPU. When i want to install...

Interested to know if I should take this into a tutorial.

All contribution’s to the OH community are both welcome and encouraged.

That’s relative to the individual reader, as the knowledge base can vary from little to lots.

It would be great to have the tutorial, plus support for questions and answers, but it’s up to you. Regardless of free time for questions, I would post the tutorial, if you’re not available then hopefully another forum member will be.

I’d certainly appreciate your tutorial. I’ve got the same issue.

Thanks for feedback. I’ve gone over the steps I took and updated the original post with the tutorial. Hope it helps.

Thanks for feedback. I’ve gone over the steps I took and updated the original post with the tutorial. Hope it helps.

Maybe you should consider changing this to the tutorial category as that will help other’s find your work. You could also edit the title and add Tutorial at the beginning.

thanks for writing this down!
I noticed a small typo in the the terminal commands when installing Yarn:

I used your tutorial and installed all packages. but when i run status of grafana i get a error.

Hi @kugelsicha
A couple of thoughts here. Can you check the contents of the JSON file? I have included mine below. Also, check all the permissions as I had to switch via sudo su to just be able to view the file. It was a long time since i set this up but do recall permissions being tricky.

i have the exact same content in my plugin.json file.
I also had to open this via sudo su with root…
so i guess it could be a permission issue with the openhabian user maybe?

I suspect you are correct that there is a permission issue going on here. My setup is using the OpenHabian install and I don’t recall making any permission updates. The directories are secured by root and for me it seems to work. If you have any other diagnostic information I can compare to my setup. Cheers d

i finally got the plugin loaded… after i manually updated my openhabian to the latest grafana stable (6.2.5)
I see in the Log that the plugin is loaded. yay!

so i cant get it to work to display the graph…
i added this to my grafana.ini

and used this in my HABPanel

so what i’m missing here?

http://renderer … either your hosts file or your router have to translate it to IP somehow, so you have to configure it

on local network, convention should be
http://hostname.local -> routers are mostly able to give IP to that name if your device hostname is configured properly

im running Grafana v6.3.4 on my Raspberry Pi 4 and need help to render an image.
I installed phantomJS with your tutorial on my Raspberry but im still getting the error “Rendering failed” if i click on “Direct link rendered image”.

Can somebody help me?

Hi.
Just to confirm. The tutorial was not about installing phantomJS as that no longer is supplied. Rather the alternative rendering engine is installed.

Also I note that the plugin has been updated recently so the instructions may not be accurate.

I tried to use the phantomjs bin file but as I read your comments I understand that will not work anymore.
So I tried the grafana-image-renderer as instructed, but the yarn install --pure-lockfile gives me the following errors on Raspbian GNU/Linux 10 (buster) :

Any suggestions or tips? (Is it even possible on arm ?)

I followed your tutorial on how to build the Grafana-renderer… but no luck. I get the following errors:

From the research, I have done is that this is broken. Have been learning NodeJS so might have some time to look deeper into this.

Thanks for your interesting tutorial, but unfortunately I had the same problem as deichgraf Hauke. I am using Grafana 6.4 and openhab 2.4.0. Any ideas? Thanks!

Have done some research on this and think it is a problem with typescript compiling on the RPI 4. Now this update is provisional as I need to rebuild my RPI4 testing box.

add the ignore line above the export to tell Typescript to ignore it.

save the file and now run yarn build

it should now complete without errors. Please let me know if plugin now loads.