I am fairly new to openHAB and have just got some new Tuya Smart Bulbs. I have been trying to figure out if a binding for them already exist as they seem to be rebranded by multiple companies. Xenon, Tikteck, BULBLINK, A.I. Home to name a few. Has anyone come across these type of bulbs? And if so have you found a current binding that works with them?

I would be curious on this as well.

I’d love to know about this as well. Best I’ve gotten so far is it hits port 6668 with a Json call.

I haven’t had a lot of time to look into this lately, but I have found this page on working with the Tuya API. Some of it won’t translate but hopefully this will open some doors.

I’ve been doing a bit of digging into these bulbs as well and happened to come across this thread. On another note, these bulbs seem to use the Espressif Inc. wifi modules, although I’m not sure which model they use at this point. Once I get a bit more time, I’ll take a further look, but I’m a bit short on time for this project, currently.

I’ve also reached out to the bulbs’ developers, but haven’t heard back (and I don’t really expect to hear back…).

On another note, does the warm setting in these bulbs seem a bit too red for you all? The WW settings in my other wifi bulbs is a lot more orange, which seems to be more natural and easier on my eyes.

Yeah the warm is off to me as well. But I have played with the saturation and found something a bit more to my satisfaction.

Have you heard anything back from the developers? After looking at the API I’m thinking it connects a lot like the lifx bulbs. I have been playing around with that some, but no results yet so probably not. These are good bulbs overall especially for the price. If we could unlock them to openHAB they would be awesome!

Unfortunately (or, expectedly), I haven’t heard anything back from the developers at Tuya, yet. I’ve been doing a bit of lateral research, however, to see if there are any other bulbs on the market with this same configuration—kind of like how there are so many different types of MagicHome devices with different brands on them (Flux, MagicHome, MagicLight, etc…).

I’ve found an app called HFSmart that I discovered after finding a few similar bulbs on eBay. The device lists the bulbs’ firmware at 1.0.3 (whereas Tuya’s bulbs retain a firmware of 1.0.1 according to their app). I’m not sure if this is coincidental (the bulbs use literally the same aluminum colors, design, size, wattage, etc.) or if it is actually the same bulb, but I’m still investigating.

Finally, I’ve been attempting to do packet traces from the iOS app to the bulbs, but haven’t had any luck. I don’t have any of my Android devices where I’m at (I’ve been working remotely), but if I can grab one of those, it may help me in my research. I haven’t had any luck deciphering their API documentation, either.

Another question for you: How long does it typically take for this bulb to power on for you? I’ve noticed it can take ~2 seconds or so between flipping my lamp switch (where I do my testing) before the bulb powers up. My MagicLight (firmware v4) bulbs take ~1 second, and the v5 MagicLight bulbs take ~2-5 seconds (!!!) before they power up, at times. I’m wondering if anything can be done to make the power-cycle faster with these bulbs.

Here are the coincidentally similar bulbs I was talking about, if you’re interested:

And here is a link to the Alibaba page where it can be purchased:

Last night, I was able to verify that these bulbs use the Espressif, Inc. 8266EX Wifi Modules. I’ll see what I can learn about interacting with the device now that I know this.

If anyone here still interested or has any updates on getting these bulbs working with home automation, there is a thread in the HomeAssistant forums with some details.

Hoping to help get this device working with HA: It is a wifi-based, hubless RGBW bulb which retails for $9. Based on my initial testing, it is based on an Expressif wifi SoC and uses MQTT for control. I have a few packet captures of the bulb in...

Nothing working yet though.

I have one of these bulbs…

they use an Expressive ESP8266EX micro, have 4mb flash and a MY9291 LED driver on board.

They also have contact pads that will make it easy (I think) to reflash them with new firmware.

The sticking point so far has been writing code that will interface with the LED driver. It has a two wire serial interface, but it follows it’s own protocol. The datasheet for the driver does not explain the protocol. Though I managed to find a datasheet for a similar 12 channel led driver that does (although it’s protocol is clearly different).

Then a few minutes ago I found this post!

The AI Light by Ai-Thinker (a.k.a. OpenLight by Noduino) is an RGBW LED bulb with an Espressif IC and every chance to get hacked.

I had just spent a few hours yesterday writing my own driver for the bulb… Only to find tinkerman got there first!

Just found Tinkerman’s update to espurna as well. I’m still interested in a reversing the original firmware to allow control of these bulbs for those that don’t want to reflash. Will post updates.

Just some general info
The Tinkerman/Espurna software expects RGB values. Openhab colorpicker I think sends HSB values, so some kind of translation will need to be done (I think I saw same examples on the forum somewhere).
With regard to the apps, there seem to be 4: Jinvoo and UCSmart not only demand your phonenumber, but also access to the call function (So your phone can make calls to an expensove chinese paid number??) . Tuya and Smarthome do want your phonenumber as well, apparently to send an authorization code.

Also, besides the Tinkerman software, there is Ai light.

For those who shy away from soldering pins to the lamp (for reprogramming) There is a solderless jig available. (at a cost)

I was sad to see there hasn’t been any recent update for this, using these bulbs with openhab. To my knowledge as of this posting they are the cheapest RGB smart bulbs on the market. I’m seeing them for about $11 a piece right now whereas Philips Hue ones are going for $40 a piece. 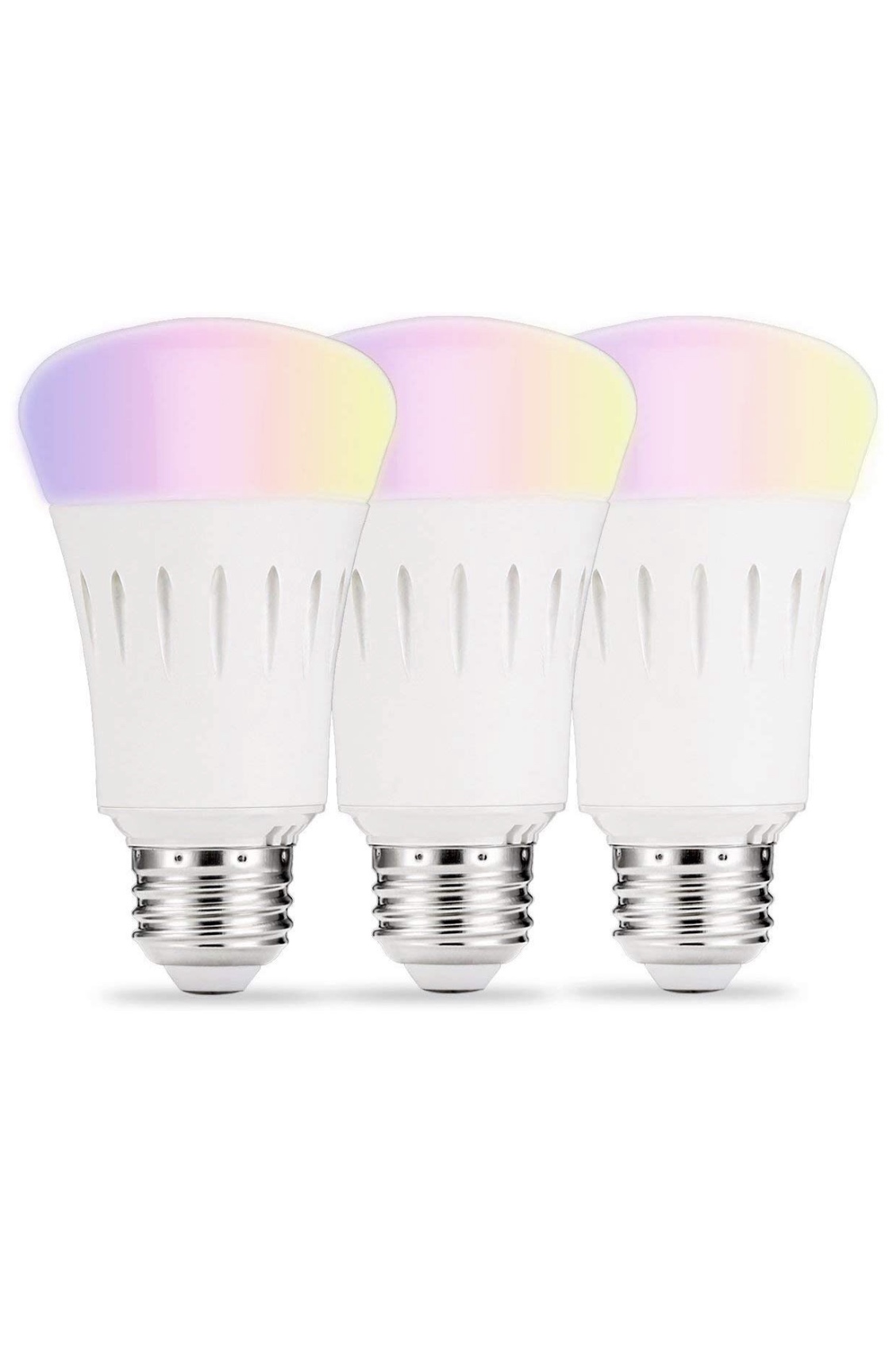 Am I correct that as of right now they are currently not working with openhab? Is there anymore progress being made to get them working with it?

Good question!
I also want to know, if somebody still uses this " LOHAS Smart Bulb" bulbs with openhab?
Are there any technical knowledge about the protocol they use?

I bought some a while ago (different socket) which i wanted to play around a bit (flash ai light or something similar). The ones i bought (e14 socket) are glued and cannot be opened without destroying the casing. This is where i stopped. It would be awesome if those cheap bulbs could be integrated into openhab without flashing the firmware.

Edit: did you ask because of this : 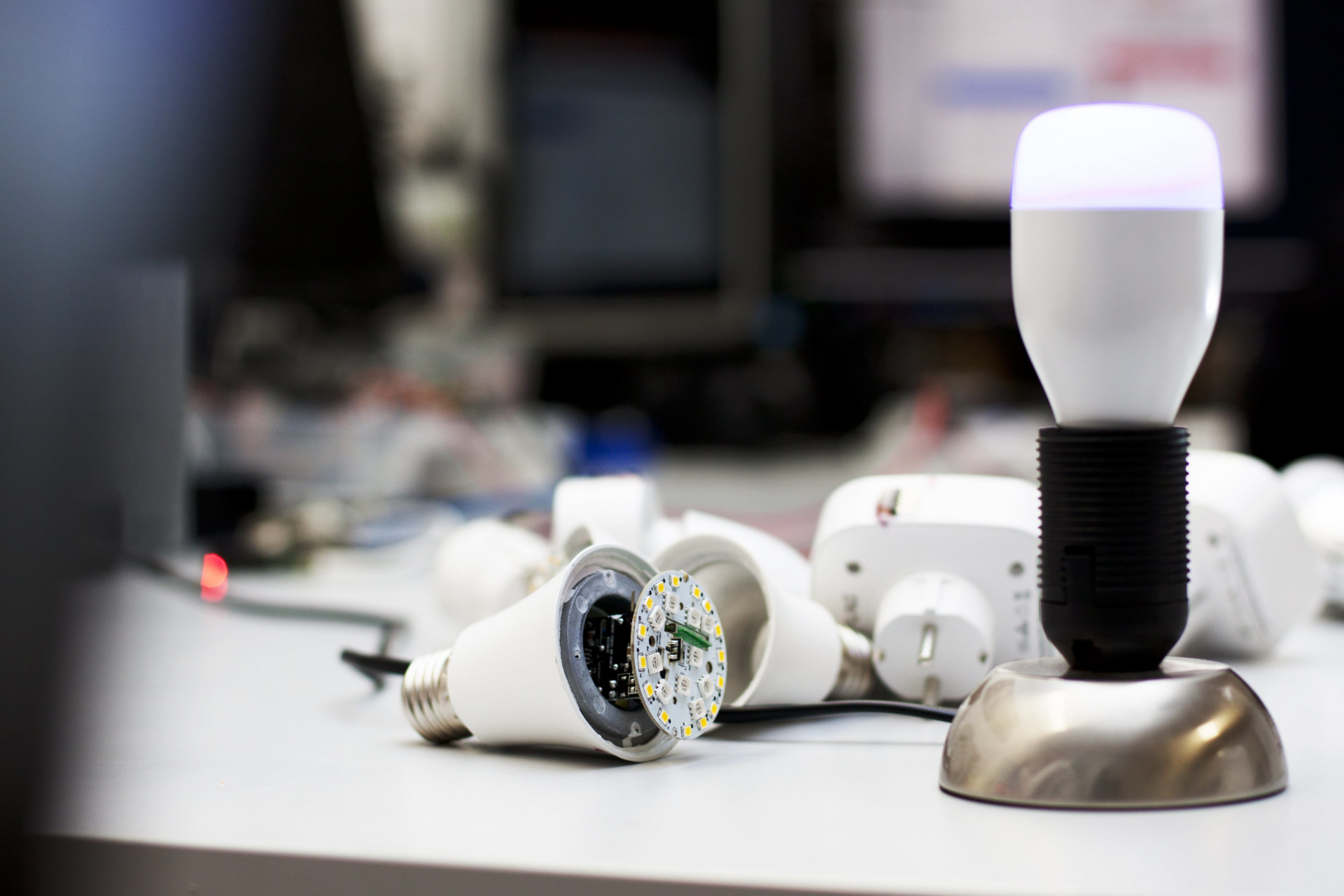