VentaAir Binding is not supporting Venta Aerostyle LW73 and LW74

I currently have the challenge to integrate a Venta Aerostyle LW74 (Airwasher/Humidifier) in OpenHAB 3.2

This is my current environment:
OpenHAB 3.2.0
with VentaAir Binding
Venta Aerostyle LW74 (with WiFi module)
Venta App on iOS is in use
Venta Home (App) is not in use
Venta Cloud is not in use (no intention to use it)

The documentation of VentaAir Binding states that this binding listens to UDP port 48000. The hash is unknown. To optain the hash it is suggested to sniffering the network:
“… so I added this parameter to allow the user to set the same value as his App on the phone (can be obtained via sniffing the network). …”

When I was sniffering the network I found out, that the Venta App (not the Venta Home App!) isn’t using UDP port 48000. Instead of this, TCP port 80 (http) is used for reading/setting parameter.

I also found out, that the Venta Aerostyle LW74 has a webserver. This interface is fully open, a password is not needed. The user has direct access to values and can fully control the device. 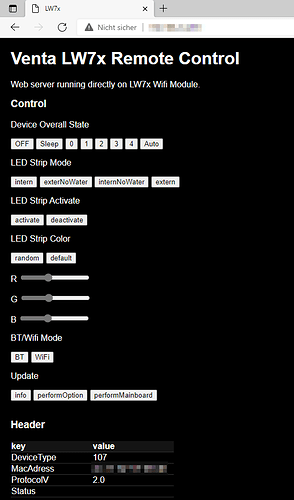 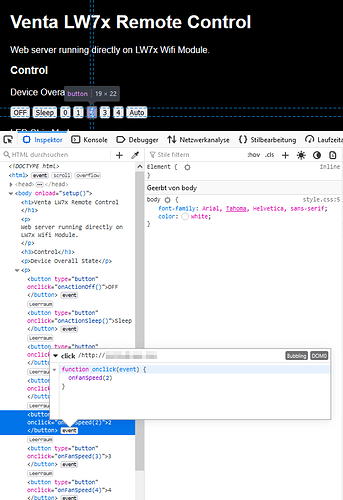 Is there another way (f.e. another binding) for using the web interface to read/control the device via OpenHAB?

sounds like to be a job for the http binding ( HTTP - Bindings | openHAB ).
You also should be able to write shell script using e.g. wget or curl and call this from with the exec binding or executeCommandLine action.

Solved this issue with the “HTTP Binding”. It is working fine, now I’m using this for control and reading parameters of the device.
In addition to the HTTP Binding you need the following Transfortmation Add-On connectors (category “other”): 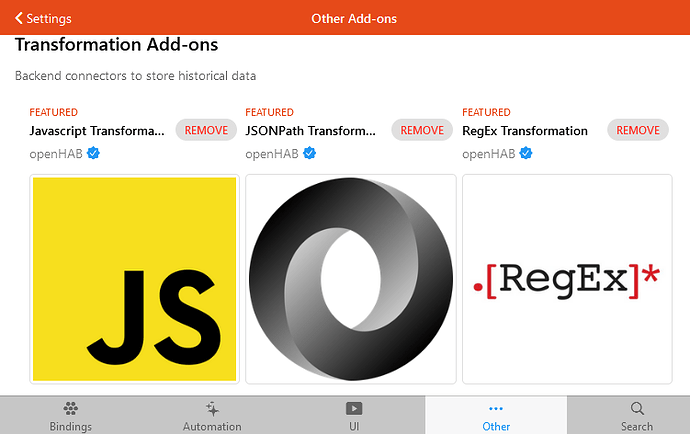 Some channels need to be defined: 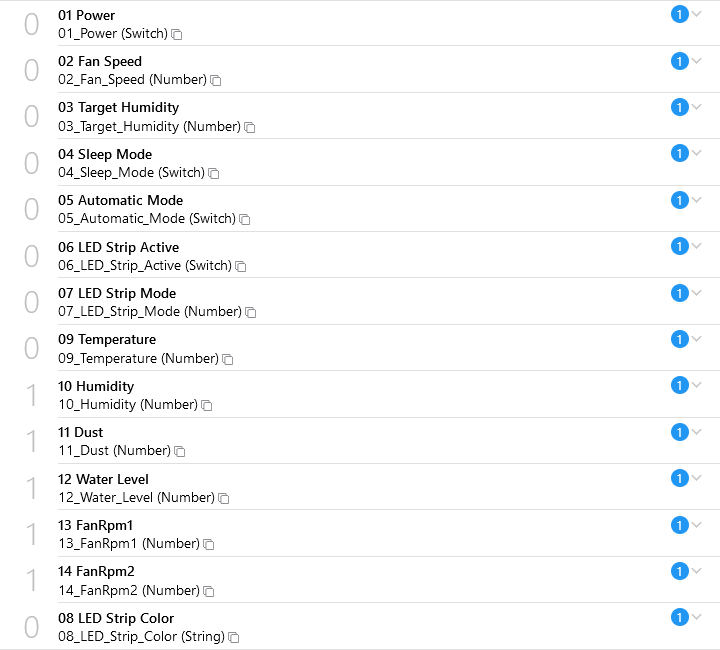 Here are some examples of channel configuration: 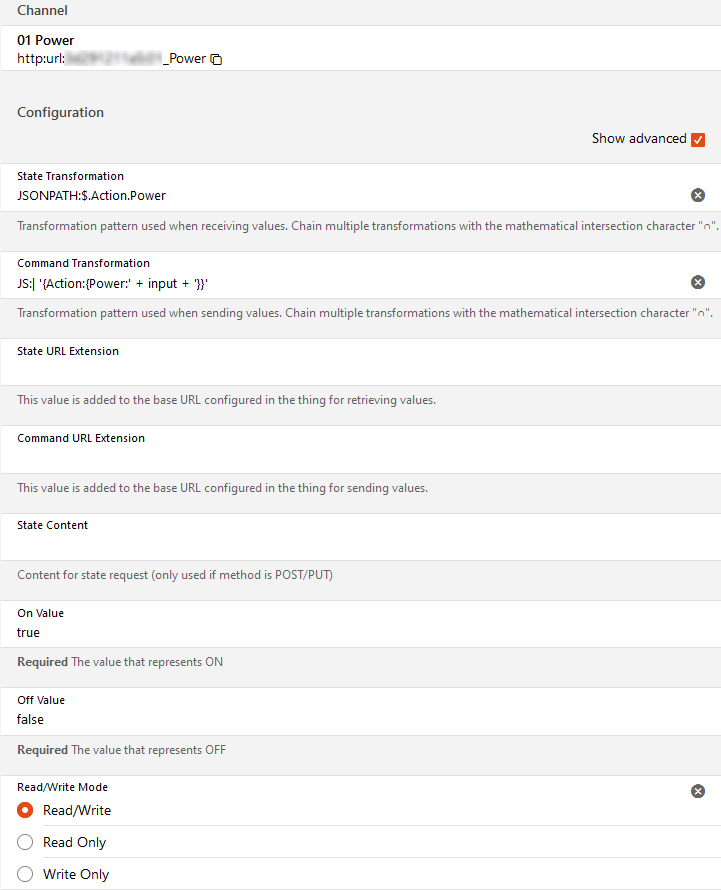 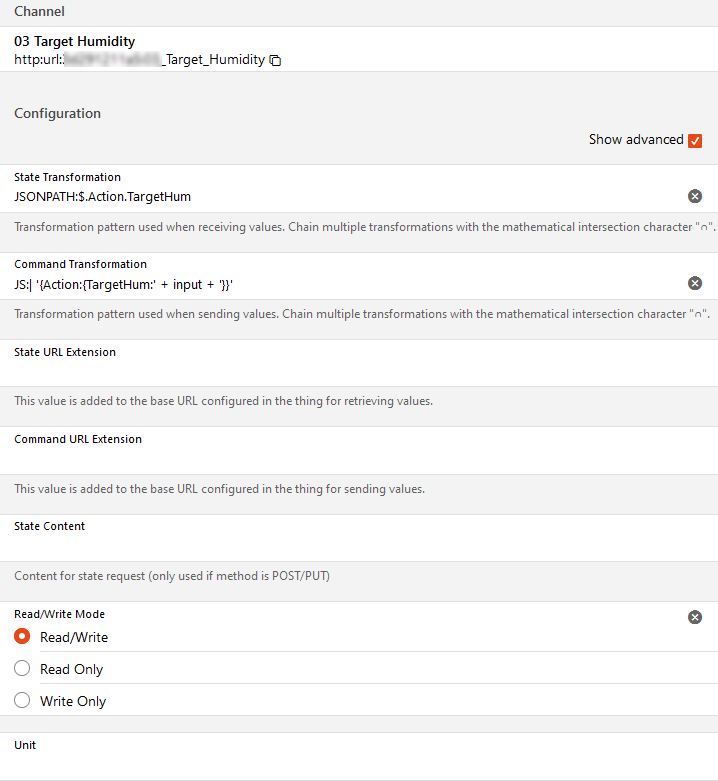