Visualization for my personal openHAB architecture

I’m looking for a tool to visualize my personal openHAB setup structured by groups and down to item level. Small, unfinished example: 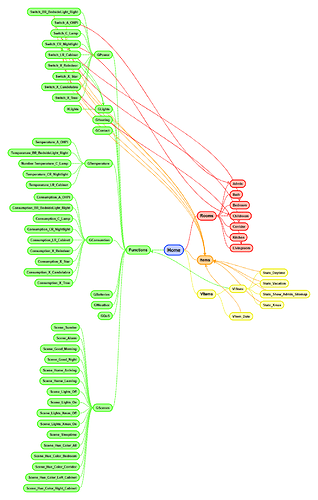 The idea is, that such an overview would make it easier to graps the whole setup, to optimize it, to expand it in the future - and to explain parts of the setup for example to other users here in the forum.
For now I just took a mind mapping tool, but maybe you have other suggestions / maybe you are already employing something for your own setup.
The dream would be a tool auto-generating an overview based on my config files (VS Plugin?), lacking that it would be great if a potential tool could at least use some kind of text input to generate a visualization

Ignoring automation for the moment, the tool should support multiple parents (an item can be in more than one group).

PS: Let me know which other visualizations might be useful

Ignoring automation for the moment, the tool should support multiple parents (an item can be in more than one group).

I am starting to use @5iver’s triggering solution which actually uses groups for automation zones. What visualization tool are you using?

The tool used for the picture above is SimpleMind, simply because I have already used it in the past and it’s available or Windows, macOS & iOS. But I don’t think that a mind map is really the best option to display an openHAB setup

Perhaps I’m misunderstanding you @Bruce_Osborne - but in as far has ‘groups for automation zones’ something to do with visualization?? I would think that is more somethink like ‘shut off all lights in the bedroom’ for example?
I’m looking for a way to create a diagram displaying the structure of my setup

There are a couple of pages on that. Basically pairs of groups (trigger & action) are used.

The main thing I am aiming to communicate in this tutorial is the concept of using the logic built into groups to lessen the complexity of rules. By setting up your Items and groups in the following way, you will be able to use one rule for much of the automation in your home. A second rule is needed if you’d like to have the lights adjust to Mode (Time of Day) and outside lux levels. The concept is that each area within a home has triggers and the combined state of those triggers can represent …

I know of no tools to aid in this and definitely no tools that do it automatically. It would totally be possible to build something that does it automatically. You just need to query the Items REST API endpoint and you will get a JSON formatted list of all your Items and information about them.

Personally, I find it easier to think about Groups as overlapping sets rather than a hierarchy. Thus a Venn diagram is more natural than a tree. But both threes and Venn diagram’s utility break down quickly as the number of Items and Groups expands. I’m not sure what the best visualization would be.

I’m not sure what the best visualization would be 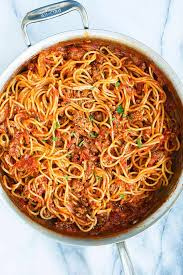