Also there is a bug that fires the startup rules every time a rules file changes, which also causes some laod and delay.

That really isn’t a bug, but expected behavior. At least that is how it has worked since OH 1.6 IIRC and in certain use cases it is a required feature. For example, let’s say a user has set up a bunch of ArrayLists and HashMaps that need to get initialized with information that isn’t known until OH is running (i.e. you can’t hard code in the values). You need the System started Rule to run when the .rules file is loaded so the global vars can be populated. Otherwise those values will remain uninitialized because your global variables get wiped out when the .rules file reloads.

NOTE: I strongly recommend writing Rules in this way. It’s a code smell and probably not the best way to achieve what you are after. But just because I think it’s a bad idea, I would not go so far as saying that this use case should not be supported.

Thanks for clarification.
I am not that deep informed in this special topic.

I found a 20 year old heat pump that you connect to a standard electric water heater. It was unused and $100, so I figured I would give it a shot. There was a wiring diagram on the inside, but being 20 years old it had all gone away… so there was some trial and error

It is supposed to be controlled by the lower thermostat of the water heater, which I did at first… but Tasmota with a Sonoff was a much better fit

I used 5 temperature sensor to monitor the compressor, water heater, inlet and outlet, and another before the evaporator coils. 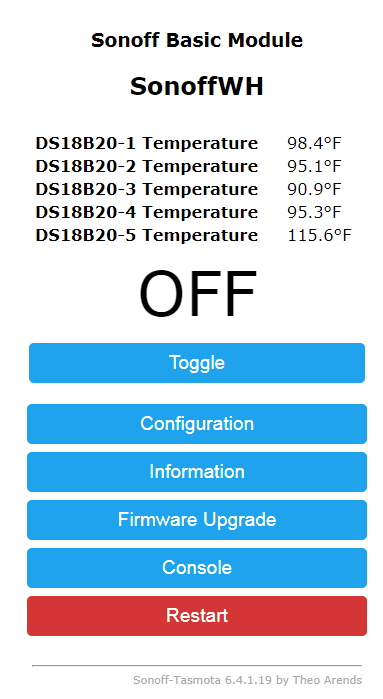 The Sonoff takes care of the temperature control and it has been running pretty well. I did have to add a second fan on top the unit, because the original fan does not move enough air to prevent the coil from freezing up. The second fan is controlled by a z-wave outlet LOL

and it has not missed a single command when the Sonoff turns on. Can’t argue with only needing 3 “blocks” of code…

I even have a boost button to start heating the water before the wife needs an extra long hot shower.

Not the prettiest thing in the world and it was more of a science experiment, but my demand went from 4500w to 575w

Also I am in a very warm part of the country and the laundry room does not have HVAC, so this unit cools the room that used to get very hot 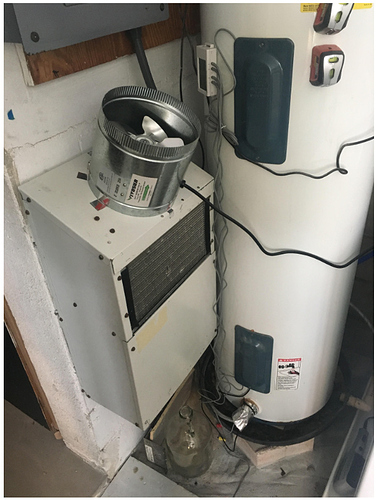 Today i made several small things.

1. Updated the jsr223 migration tutorial due to richs feedback

2. Made some refactoring and clean up for my live config folder

I cleaned up old transformation files and rules files which i have replaced with jsr223 rules now.
I have this folder unter git version control and had look at the insights today. 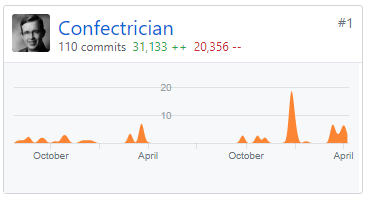 Really impressive what huge amount of changes is done during the lifeciycle of an openHAB installation.

3. Revived a project that has been inactive for months

I have build this lamp months ago to play around with neopixels. 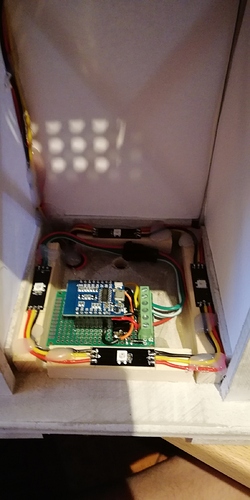 Now i have finally updated the arduino with a homie sketch and plan to use it as an ambient light and for notifications. 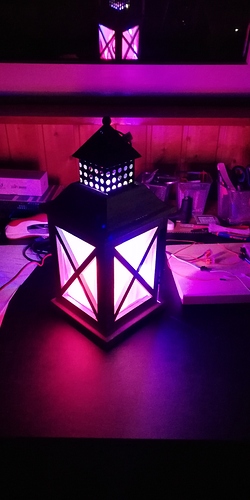 Since i was playing around with tasker today too, it now blinks when someones calling me while i am at home.

Got my first Customized “openHAB branded” light switch. It’s for the children’s bedroom 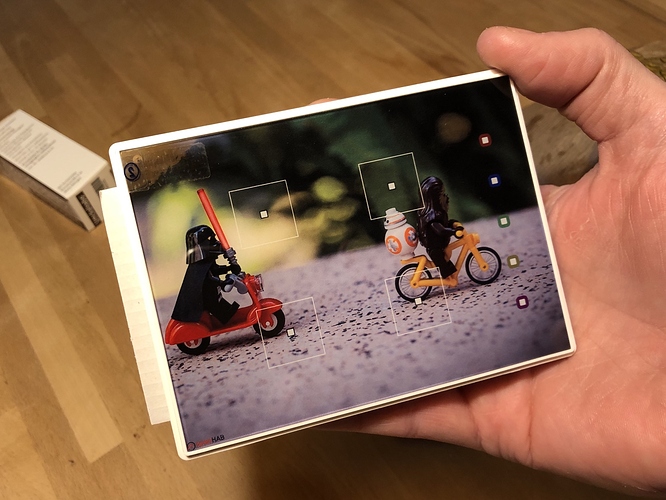 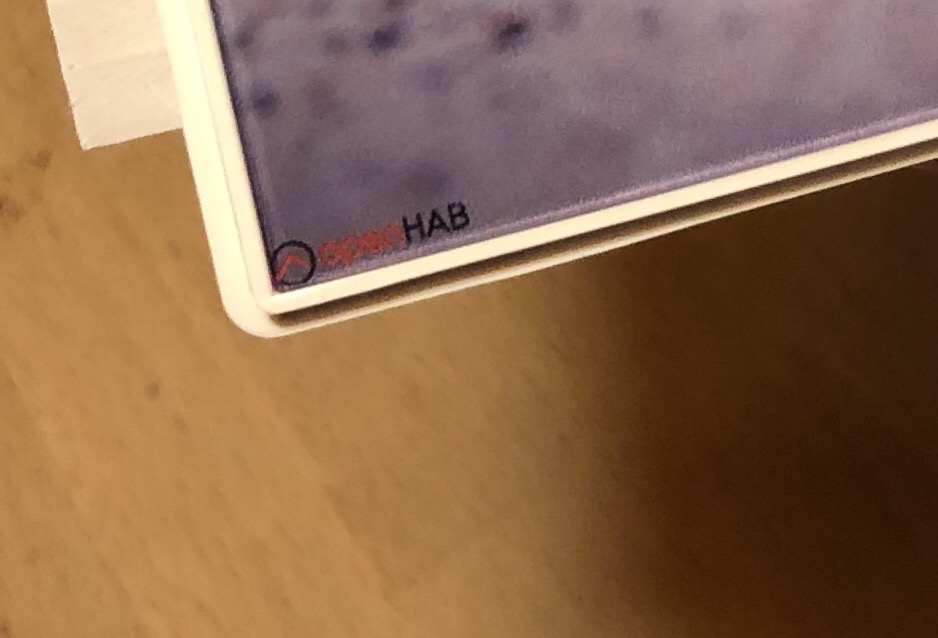 That’s interesting. What switch is that? Anything special?

I was interested in calculating the expected power cost per appliance for the year based on historical data. 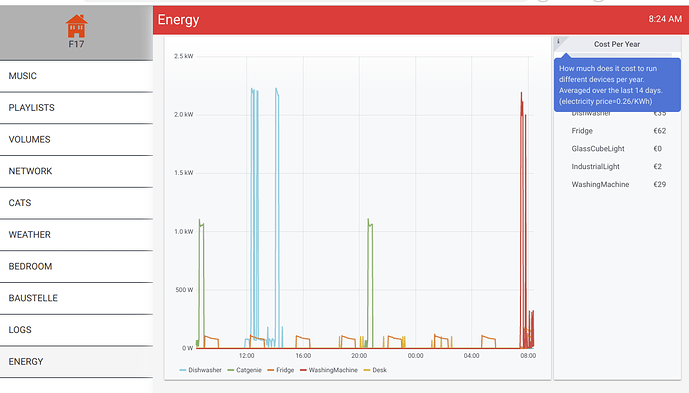 This works as follows:

and the updating graph:

If you are interested, here’s my OpenHab Grafana page that I use for creating the embedded graphs.

ctric water heater. It was unused and $100, so I figured I would give it a shot. There was a wiring diagram on the inside, but being 20 years old it had all gone away… so there was some trial and error

It is supposed to be controlled by the lower thermostat of the water heater, which I did at first… but Tasmota with a Sonoff was a much better fit

how is the sonoff getting so many temp readings?
i was able to connect one sensor till now 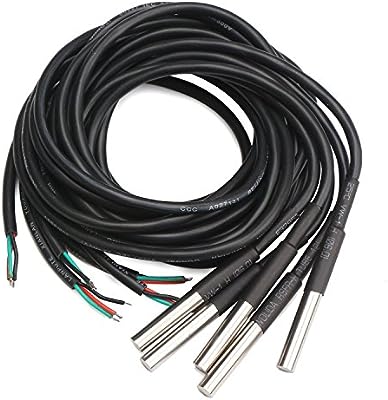 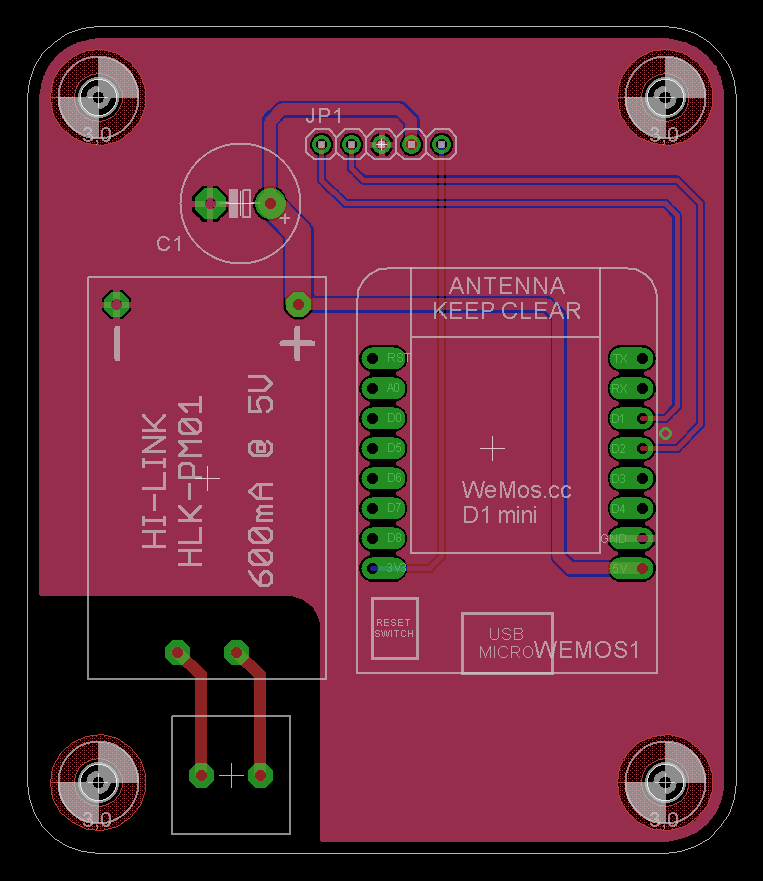 With those I am going to make a bedside clock, which will get the time from timezonedb.

The next version will have a light sensor, and probably also a temperature sensor. But to actually get this project going, and not end up in the infinite development stage, I decided to just make the simplest working design possible, and then get that up and running, before starting to add more and more features.

but how do you connect it ?
do you dazy cahin it?

how do you use more than 1 DS18B20 on a tasmotised sonoff?

Did my first project using a nodemcu and the arduino ide and build a dht22 based mqtt connected temperature and humidity sensor. 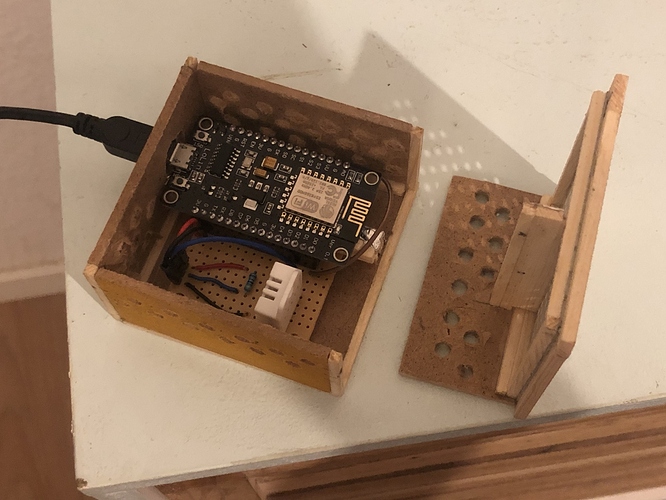 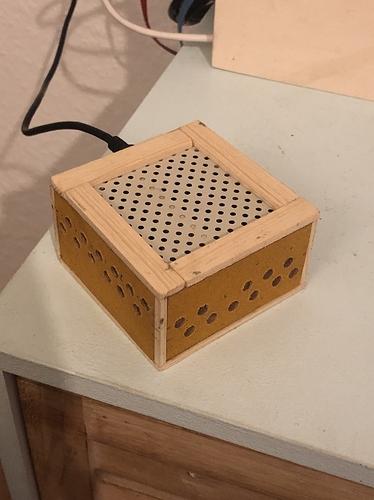 Just like @mpampinos posted. I had to lower my resistor value to get reliable reporting from my sensors.

Finished tweaking my habpanel view for my Miflora garden sensors.

Had to build some cantennas to ensure I can connect over bluetooth. From the Apple panel I can see I still need to tweak some more…

I love your panel!
Kind of off-topic, but do you use the Miflora outdoors? Thought they were only meant for indoors.
Also have you got any reference on which to interpret the results? I mean…is 23% humidity enough for a lemon tree? How about conductivity?

Love your panel
and love this post , its nice to see the really cool stuff people are doing here
this post is always giving me new ideas

that i dont have time to implement

Yep, I have ten sensors outdoors (all of them).

I didn’t know they weren’t to be used outdoors, but have been doing so with some of them for several years without incident.

The Front and Back Garden widgets are averages across the three and seven sensors in each garden respectively.