I’m about to install a Z-Wave switch in my house and it’s a house from 1972, but was completely renovated and to my pleasant surprise, it has the white wire I need for this. The question is, looks like the wiring is non-standard coloring and I use this loosely since there is no real standard in the US apparently from what I read. For the below, I will be able to find the hot wire, but how do I determine what the other two wires are before connecting them to the new switch? 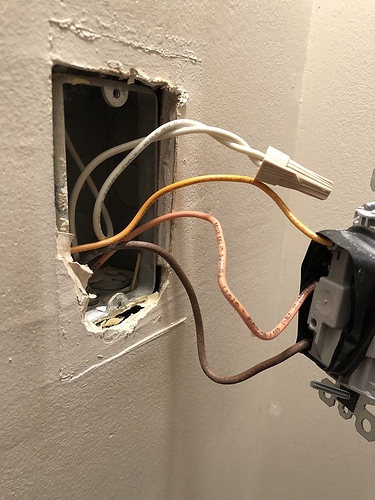 Anyone know? So I guess I can detect the load and the neutral. But then I guess there is a line and ground? Hopefully if I can find out the switch model I can find a document that shows what each connection is right now.

Please don’t take any of this personally not knowing your skill level makes playing with electricity deadly!

There are standards in the US and they may vary based on your location. The best advice is to find an electrician to look at your wiring and help sort this out.

That said, if you are going to mess around with this look for wire color standards on the internet, which you probably have done already. If your wires don’t comply with a “standard” color scheme the, we will use this term loosely, “electrician”, should have used colored electrical tape to identify the wires properly at both ends. Your local electrician will help you out…ask questions.

There is a good book by Black & Decker, “Codes for Homeowners” which could help you sort this out without damaging your person or property.

Thanks Mike. I think I’d be OK once I identify the wires. What I have for wires just doesn’t seem standard (minus the white wires) for US and I just like to be sure I’m working with the right wires before I move forward. Call me overly cautious and plan out everything before moving. Maybe it’s a European standard my contractors used. I took some closeups of the device now. It’s a Pass & Seymour L1 legrand switch. One green screw on the opposite side for reference.

Should zoom in pretty good for the max file size allowed. Now just need to find a manual for which screw is for which unless someone knows. I will probably ask my electrician as i want them to come over and wire more wires between my thermostat and furnace for a Ecobee.

John,
You can pick up a non-contact electrical tester which will emit a signal when placed near the hot (line) wire.

Are the orange and yellow wires common to the same terminal, like it’s turning on two devices? Kinda looks that way in the pic. Is the brown wire the hot?

Are the orange and yellow wires common to the same terminal, like it’s turning on two devices? Kinda looks that way in the pic. Is the brown wire the hot?

It’s a single pole on/off switch. Looks like a Leviton decora. I think the yellow may be ground as it’s in a hole at the top and the green screw is next to it. Was also thinking the brown was hot. Can test it for sure when I take off the wires from the switch.

Looks like the ground connects to the screw on the bottom right of the pic above (and there is no ground).? Normally the ground wire is bare copper. I would remove the switch, after safely racking out, and check the continuity between where yellow and orange connect.

Looks like the two screws on the side can be either the line or load (interchangeable from the video) and the green one ground. So need to test them apparently for sure. Odd the video uses white isn’t that supposed to be a separate neutral wire? Thought that would normally be the load wire but is white in the video. 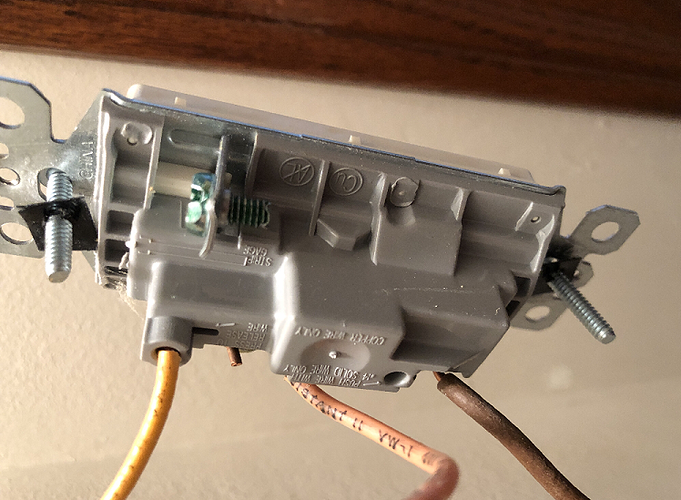 Normally a ground wire would be attached to the green screw. Since the house was re-wired, I’d be tempted to pop open an outlet or three and see if the outlets were properly grounded. ( Maybe have your consulting electrician do this while you watch.) If you are really cautious, do several in different regions of the house — if the re-wire was done by a “team”, different people wire things up differently.

While you are checking, N-way switches for lights are notorious for “rude surprises in wiring”. I have a few N-ways in my house, one of which is wired in a totally-legal way but which is not amenable to automation because of the way it was wired.

I know. I have no bare wire in the walls at all. I know they had spools of wire and just ran them thru the walls during remodeling so apparently didn’t use bare wire.

Think this is the actual switch:

So based on what I’m seeing and what sounds like is being thought above. 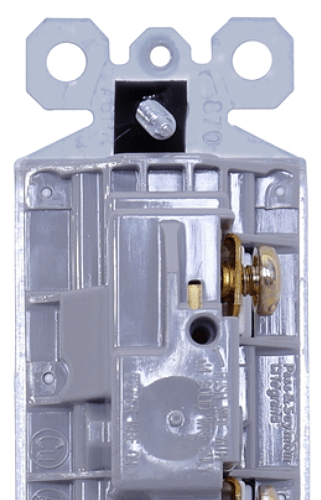 Technically the yellow and orange are plugged into the same slot since there is no back end hole to plug in the ground, just the green screw. originally I thought I was missing a hole on the back and that top one was meant for the ground but looks like that’s not the case. Crap, didn’t want to sit on this gear until the electrician can come over and I’ll be around. Running out of return time from Amazon ugh. Oh well, gotta do what you gotta do.

From the pictures, I am going to guess that brown is the load (light), and that either orange or yellow is the line in and a feed to another switch.

Is there a ground in the box? Or is there conduit throughout the home?

There is conduit all thru the home. Only other wire in the box is two white wires that are together which I assume are the neutral. Is the ground not required if you have conduit? Like don’t even need to connect a ground to the conduit or anything?

Just looked on my second floor and it’s totally different color wiring and no white wires. Fricken contractors. I had this done like 8 years ago so assume they should have put neutral wires thruout since it was a complete gutting no?

AFAIK, metal conduit can be used as a ground but I am not an electrician.

The two whites in your picture above are likely common/neutrals.

I am not sure they would have run neutrals or not 8 years ago. I believe it is code to do so now.

Only other wire in the box is two white wires that are together which I assume are the neutral.

Yes, I would think white is the neutral.

AFAIK, metal conduit can be used as a ground but I am not an electrician.

This was done many years ago but is no longer allowed, at least in commercial/Industrial, as the conduit connections could separate leaving the circuit without a ground.

Like don’t even need to connect a ground to the conduit or anything?

The neutral wire is connected to the ground bar inside the breaker panel. Does the circuit require a separate ground wire? The real answer is no, but for safety reasons you should ALWAYS have a separate ground.

With the switch in the off position and using a meter which wire has voltage?

This is a major bummer. I started up this project as a do it yourself thing. Looking at my house wiring, and needing to bring in an electrician, I’m going to have to abandon OpenHAB. I can’t picture every time I want to install another switch having to call someone. Nor do I want to buy 30 switches and have someone install them all for me. Defeats the point. Obviously nothing against OpenHAB, just disappointing I ran into this roadblock. Plus if I only knew this years ago could have went after the contractors for this wiring fiasco.

@jriker1 If your switch currently does not have a ground connection then the risk is there with or without using OH.

I’m not the best at explaining things via typing but I’m in the US (central time), if you want send me a private message with your phone number, I’ll give you a call. Maybe we can work out a solution.

Is the switch you are replacing a 3 way switch it looks as if it might be. A 3 way switch is used where you can turn a light on & off from two places. If it is, the wiring becomes more complicated and I would strongly suggest you get professional help. I hope this is of some value to you,

Thanks for the help. One other question. On the directions for the switch and you are removing it, it says if the wire is connected to the screw, unscrew the wire, and remove the switch. Then it says, if it’s connected to the hole, use a screw driver or something similar in the slot and remove the screw, then throw out the switch. Sounds odd. I assume once you remove a wire from the hole it’s a one time deal is it?

Oh and to your point that the orange and yellow wires may be line wires for different parts of the late. May be possible. They power 9 recessed can lights so maybe they are split? Will check which is hot and also try your suggestion to remove the orange wire. Should be non impactful things. Hopefully get this as for some reason this message is showing in between older messages.